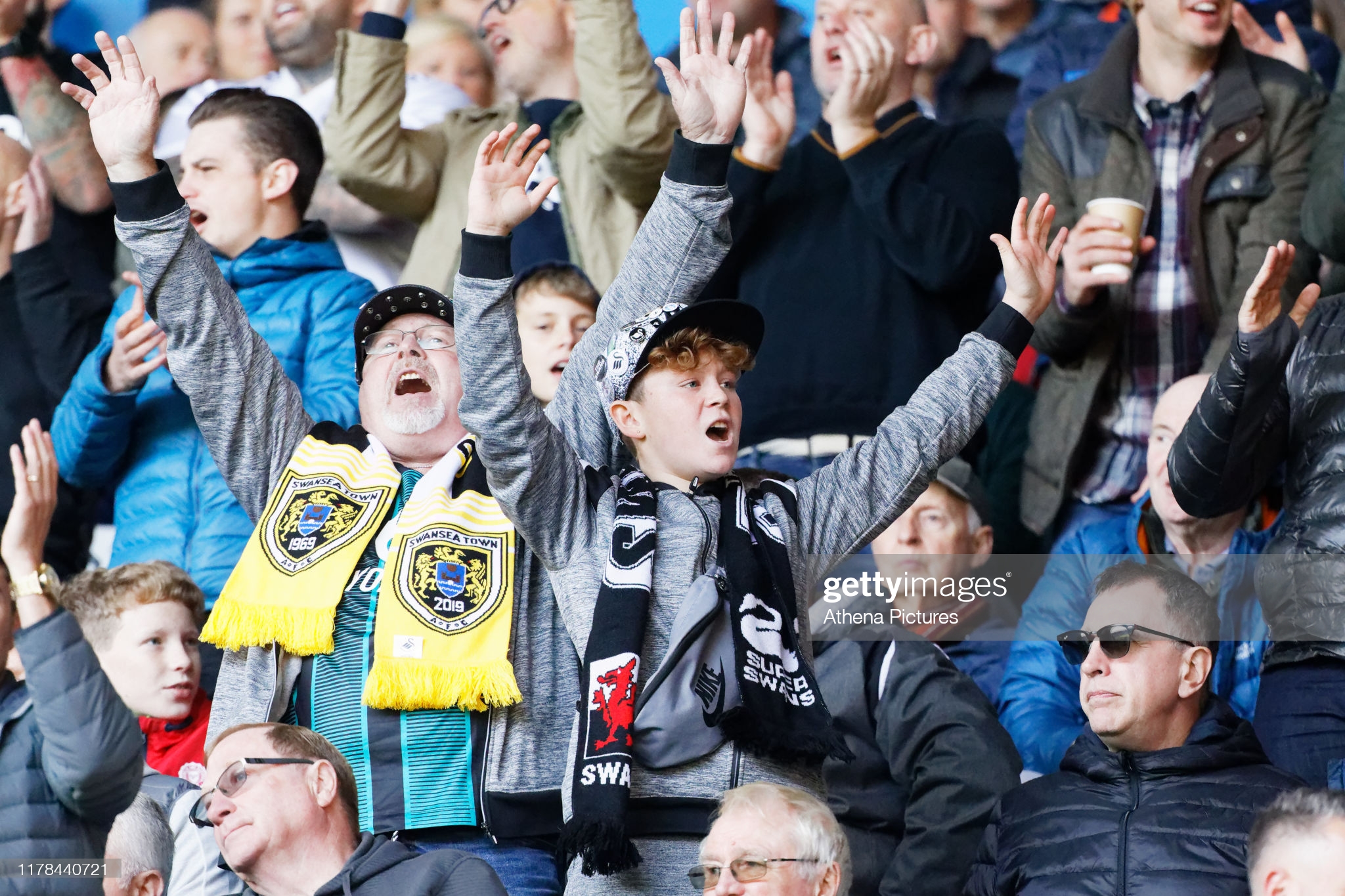 Swansea City will welcome supporters back to the Liberty Stadium on Saturday evening with a reminder from Sky Sports presenter Jeff Stelling that fans must never again be taken for granted.

After 14 months away, the club’s followers will be back in the ground – in limited numbers of 3,000 – for their home second leg Championship play-off tie against Barnsley.

It will be the first time fans in Wales have attended a match of a club in the top two divisions, following the 900 supporters who were at Newport County’s League Two play-off tie against Forest Green Rovers on Monday night.

Following a relaxation of national coronavirus restrictions, limited crowds have been able to watch live football once again in a series of pilot events.

In the Premier League, almost 8,000 Brighton fans cheered their team to a memorable comeback win over Manchester City on Tuesday night, the Seagulls beating the champions 3-2 on a raucous evening at the Amex Stadium in a game which they had trailed 2-0 against 10 men.

Stelling said: “I think people within football certainly took fans for granted – and that message has been rammed home to them recently.

“A lot of those clubs struggled financially because of the lack of fans, particularly lower down the divisions.

“Some teams have struggled to get results without them – and we have seen the impact of the European Super League (protests) as well.

“Fans are not bit-part players in football, fans are major players and it is great to have them back.”

Stelling, who is launching his fourth March for Men this summer in support of Prostate Cancer UK, feels such rousing performances as at Brighton would probably not have been possible behind closed doors.

The 66-year-old attended a few Vanarama National League matches this season in his role as Hartlepool club president, which the broadcaster admits had all been a “very eerie” experience.

“You can hear every shout, every single comment on the field, from the management, from the players – but that is not the way it should be,” said Stelling.

“We saw this week the sort of joie de vivre which crowds bring to football.

“When Brighton are 2-0 down at home against Manchester City, would they have come back to win 3-2 without a crowd behind them? I really, really doubt it.

“That is the difference. I don’t think there is any doubt, in terms of results that some clubs have suffered more than others because of a lack of a crowd, and that is right through the leagues.”

After Phil Foden had put City 2-0 ahead just three minutes into the second half following a fine solo goal, the England midfielder cupped his ear to the home fans as he ran away celebrating.

Stelling feels the incident is a prime example of just what a change in atmosphere has already been created, even with a restricted number of supporters allowed in.

“What that does indicate is how much more spice fans bring to football,” Stelling said.

“Because if there had been no fans there, it would have been a fantastic goal from a fantastic young player and he would just run away, but obviously, they (Brighton fans) had got to him a little bit.

“It (the match) was a little bit feisty, there were some tackles flying in and again without fans we would not have seen that.”

The veteran broadcaster will be tackling another four walking marathons in four regions, covering more than 100 miles, after starting in his native north east on August 30, heading to Yorkshire, then Merseyside and finishing up in London on September 4.

Stelling has helped raise more than £1million for Prostate Cancer UK during his three previous charity walks, the first of which was in 2016.

“Covid has had a horrific impact on lives across the UK, but prostate cancer has not gone away,” said Stelling, who saw good friend Ray Clemence, the former Liverpool, Tottenham and England goalkeeper, die from the disease aged 72 in November.

“One in eight men in the UK will get prostate cancer in their lifetime – this is our Dads, partners, brothers, grandads, uncles and friends.”

Stelling added: “I would love people to join me this summer.

“As ever we will visit some iconic clubs and I am hoping a few familiar faces will walk with me along the way.”