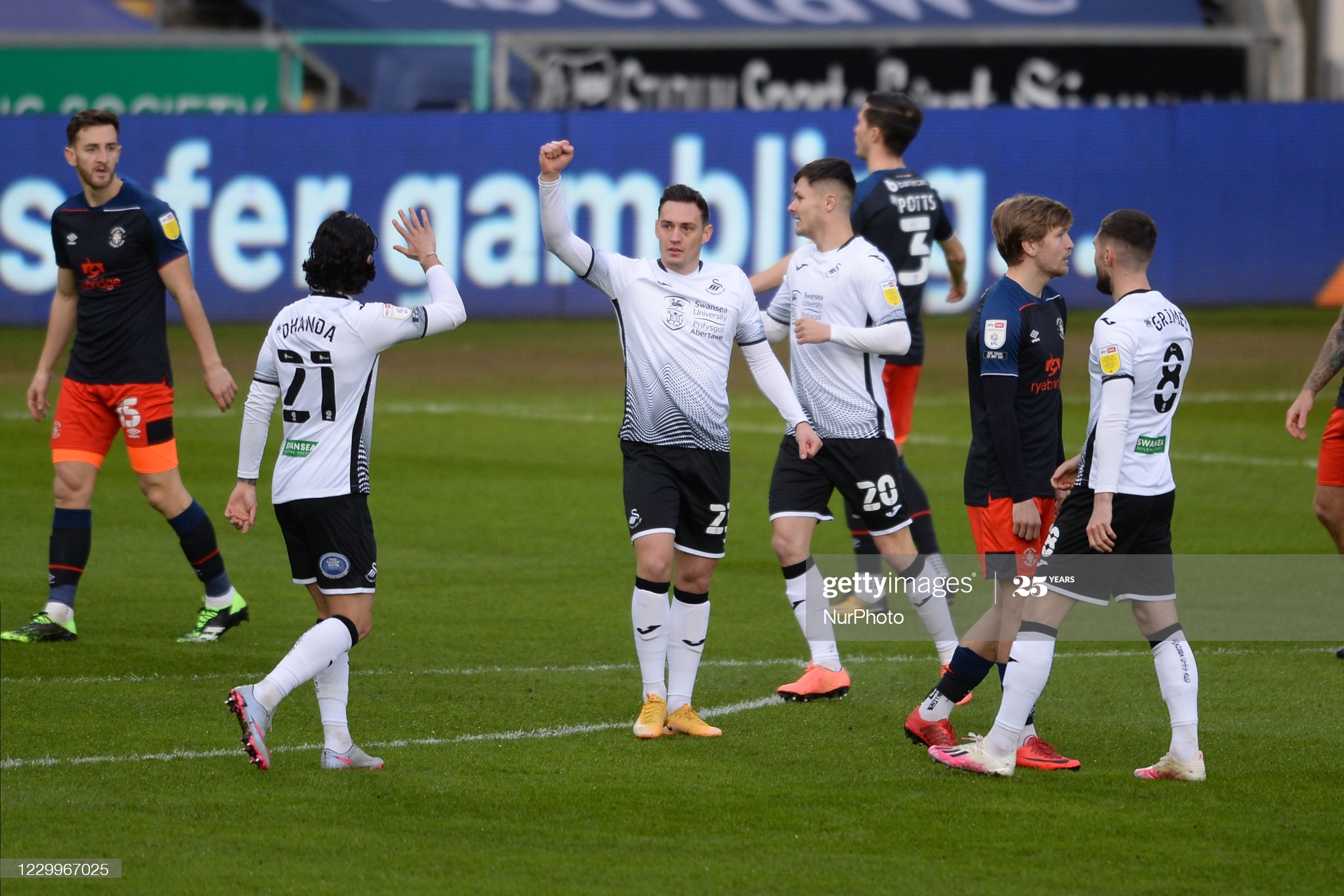 Connor Roberts intends to extend his scoring streak to keep Swansea City among the leaders in the Championship promotion race.

The Swans’ 2-0 win over Luton at the weekend lifted them back to fourth in the table, two points behind leaders Norwich.

The Wales full-back scored his second goal in three games and Andre Ayew grabbed his ninth of the season to lift the Swans back into the play-off spots.

With crunch games this week at home to high-flying Bournemouth and a fanless Welsh derby at Cardiff City, the Swans could fly even higher if their scorers stay hot.

“When I’m playing as a wing-back, I like to try and join in the attacks and contribute to the goals,” said Roberts, who will have an ear tuned to hear Wales’ opponents in today’s World Cup qualification draw.

“I started the season with a couple of assists and I now have a couple of goals so, hopefully, that can continue for as long as possible.

“It was a nice strike from Andre. Cutting in from the right onto his left foot and trying to hit the back of the net is obviously a big part of his game and he’s done that a couple of times in the last few home games.

“That’s what he’s in the team for – to score goals – and the longer he can keep scoring goals, hopefully we can get more and more good results.”

Roberts, Ayew, Kyle Naughton and Matt Grimes are the only survivors from Swansea’s Premier League days of three seasons ago who started against Luton.

The quartet, combined with head coach Steve Cooper’s eye for young talent, proved enough to overcome a vibrant Luton who were undaunted by the dismissal of Matty Pearson for a second yellow card.

Bournemouth will carry more finishing power than the Hatters and Roberts added: “It’s going to be tough with the calibre of players they’ve got, as they were in the Premier League for a good few years.

“They’re playing well, so it’s going to be a hard game, but we have seen anyone can beat anyone in this league. That’s the nature of the Championship.”

Luton are still in touch with the play-offs but their Welsh manager Nathan Jones – who had won on his previous two visits to the Liberty Stadium – has joined the chorus of those bosses who feel the compressed season is already favouring the richer clubs.

“The demands on players at the moment is crazy and unprecedented,” said Jones.

“You have to play every three days and it’s unfair on us because we are at our absolute limits and we haven’t got an Andre Ayew who’s worth so many millions.