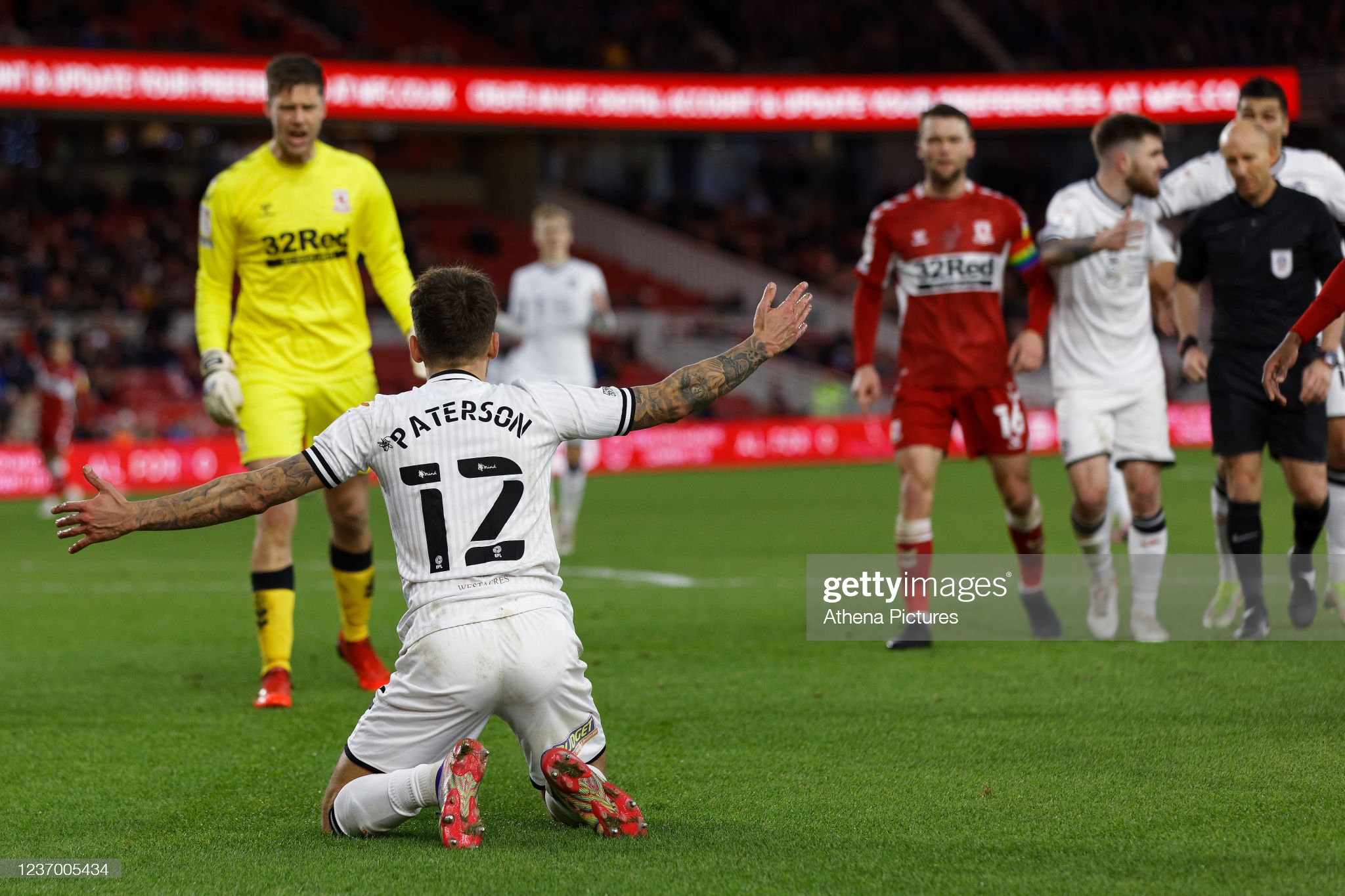 Jamie Paterson has insisted he is not a diver and he should not have been booked in Swansea City’s 1-0 defeat to Middlesbrough.

The Swans midfielder was shown a yellow card for simulation in the first-half of the weekend loss at the Riverside Stadium after tumbling under a challenge from Boro goalkeeper Luke Daniels.

But Paterson is adamant that referee Andy Davies made the wrong call and that the Swans should have been awarded a penalty, instead.

“I would not be diving in that situation, or any situation and it’s frustrating because we have had a lot of those incidents this season where it feels like those decisions are going against us,” said Paterson.

“It wasn’t the reason we lost the game, we can’t blame that but hopefully some of these decisions will start to fall our way.”

The reverse made it back-to-back defeats for the Swans, who have fallen away from the fringes of the Championship play-off race and are now in 14th spot, seven points adrift of seventh place.

Next up for head coach Russell Martin and his side is a home encounter with his predecessor Steve Cooper who has overseen a transformation since taking charge of Nottingham Forest.

Swansea City Boss Russell Martin Reveals The Secret Behind Jamie Paterson’s Form. . . As The Swans Look To Get Back To Winning Ways Against Middlesbrough https://t.co/V7McwJMAdg

Cooper has lifted Forest out of the relegation zone and they are now one place above the Swans after just one defeat in 13 matches.

But Paterson added: “It’s about learning from the Boro game and not being too disappointed, although of course we don’t like losing games.

“If we do that we will be able to get the results we want and start closing back towards those play-off places.”

As the Swans head towards the January transfer window, Martin has admitted he will need to release players from his squad is he is to bring in any new additions.

Martin has begun discussions with the club’s American owners, but says any movement for players defends on being able to free up players by selling beforehand.

“They want to help as much as they can, but we have quite a big squad and it will depend on who goes and how much they go for,” said Martin.

“It changes quite a lot so that’s why we have to have conversations with the owners a lot as well.

“They understand what we need and they’re really supportive of it. We’ll just have to wait and see what comes first in January. The players who we want, if they become available, or is it a case of having to get players out first, depending on the situation.

“That’s why January is so frustrating because so much depends on other clubs acting quickly.”