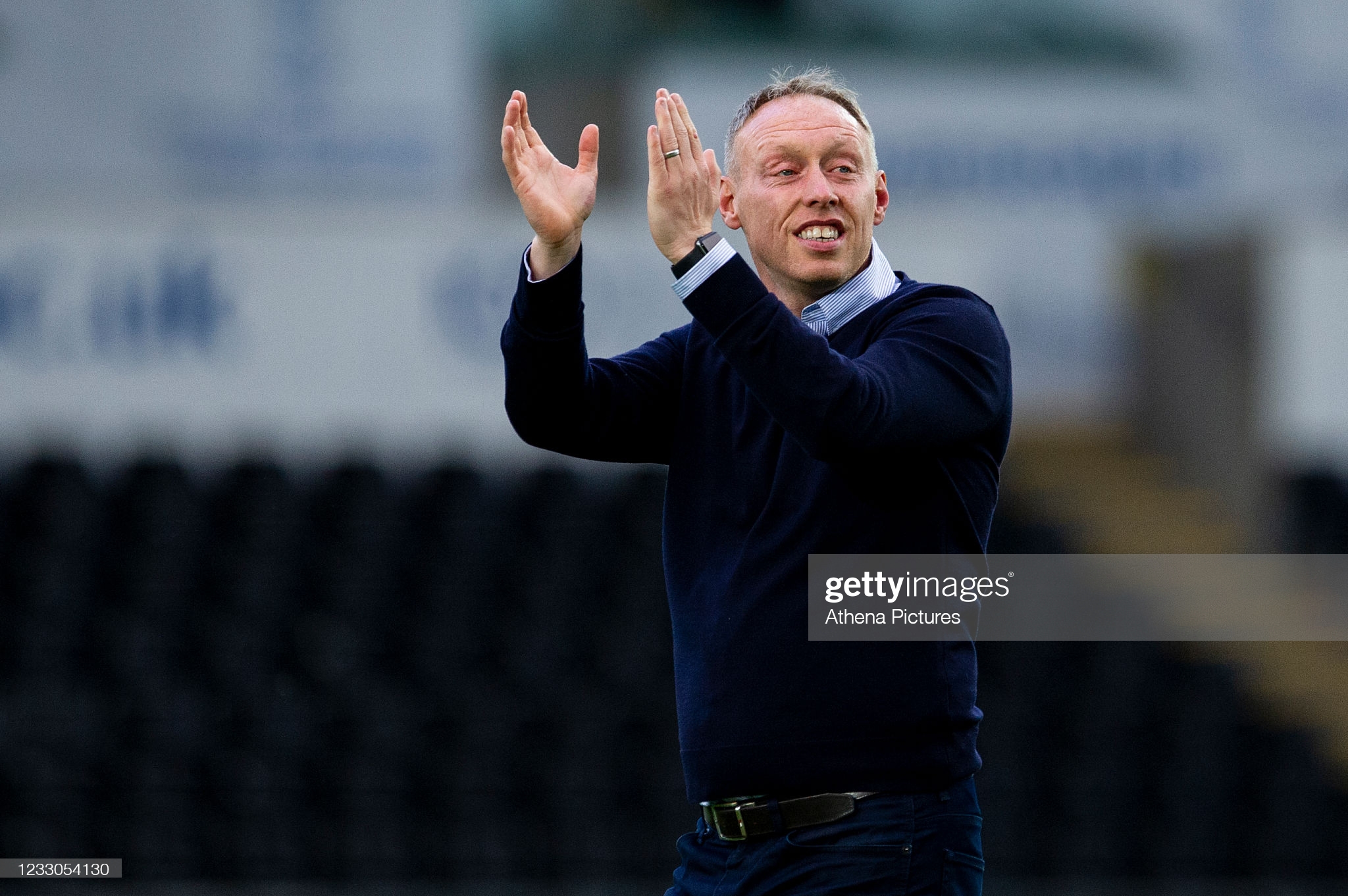 Steve Cooper believes being an England World Cup winner will help Swansea City seal a return to the Premier League.

Swansea meet Brentford in the Sky Bet Championship play-off final at Wembley on Saturday, three seasons after their seven-year stay in the top flight ended.

Cooper says his ethos is all about a collective approach and no hierarchical structure with “everyone having a voice”.

But the 41-year-old from Pontypridd admits leading the likes of England starlets Phil Foden and Callum Hudson-Odoi to Under-17 World Cup success in 2017 can only assist Swansea’s promotion ambitions.

“I think all big experiences help you and give you something to reflect on,” Cooper said, assessing what was England’s first World Cup triumph at any age group since 1966.

“In some ways it’s the same and in others it’s different.

“I just think about what it means to the football club and the supporters.

“It’s a proud city, a proud football club, we are very much together as a community because we haven’t got any clubs around us.

“Going up to Wembley is a real together club trying to do the business, and I’m very much focused on what’s in hand and what I can control.”

Cooper, who has been linked to the vacancies at Crystal Palace and West Brom, has steered Swansea into the Championship play-offs during his two seasons in senior club management.

It has been achieved on modest financial resources with Swansea having to sell Daniel James, Joe Rodon and Oli McBurnie to Premier League clubs to balance the books.

The value of promotion to the Premier League is estimated at £170million to the play-off final winner, yet Cooper says the monetary implications will not cloud his thinking.

“You have to get the balance right between the magnitude of the game and what’s at stake,” Cooper said.

“There’s no point in ignoring that because there’s so much to play for.

“But it’s a game and you still have to stick to your way of working, stick to the plan, give consistent messages so the players feel as comfortable and as clear as they can be.

“There’s lots of stuff around the game, but it’s a football match we need to be ready for.”

We’ll be in our away kit at Wembley tomorrow 🙌 pic.twitter.com/KXOMfWRLwJ

Swansea finished one spot and seven points below third-placed Brentford in the regular Championship season.

Their two league meetings were drawn 1-1 but Brentford overcame Swansea in the play-off semi-finals last season and there has been a fair bit of animosity between the two sides of late.

“I don’t think those games matter, this is different,” Cooper said.

“Whatever’s gone on in the past I don’t really think has an effect on this one.

“They are an excellent team with a lot of really good players.

“But we’ll think about how we approach it and how we win the game, what we bring to the table must come first.

Thomas Frank has played down Brentford’s “favourites” tag ahead and thinks it is an “unbelievable” achievement for the club to have reached the showpiece two years in a row.

The West London club dispatched Bournemouth 3-2 on aggregate in the semi-final thanks to an enthralling second-leg comeback as goals from Ivan Toney, Vitaly Janelt and Marcus Forss saw the Bees book their place at Wembley.

With Brentford looking to avenge last year’s 2-1 final defeat to local rivals Fulham, Frank is predicting a tense and nervous encounter in front of around 12,000 fans on Saturday.

The Dane told Sky Sports News: “It is one of those like with other experiences in life, where you went to your first exam or another big occasion, you can’t really nail what it is you could potentially do better or be more calm because you experienced it before.

“So I think it could be a little bit intuitive – we’ve been there before, we tried it, we know what it’s all about so hopefully that can help us.

“But I need to say there is another team out there who will do everything they can to try to stop us and they will believe they can.

“I think it’s a game where of course there will be a lot of tension. I don’t think we should run away from that and there’ll be nerves from both teams, that’s completely natural.

“I think we will go into it with a good belief, calm, and actually it was tough last year of course it was. But we found out the next day that the sun rises again and life goes on. So I think that’s a part of it but of course, we will give it a massive go.

“Honestly, I don’t think there are any favourites in the game.

“We played Swansea twice this season, two 1-1 draws, two tight games. Swansea have done fantastically and Steve Cooper is one of the most promising managers in this country.

“They have improved this year and it will be down to the finest margins which will decide this game.”