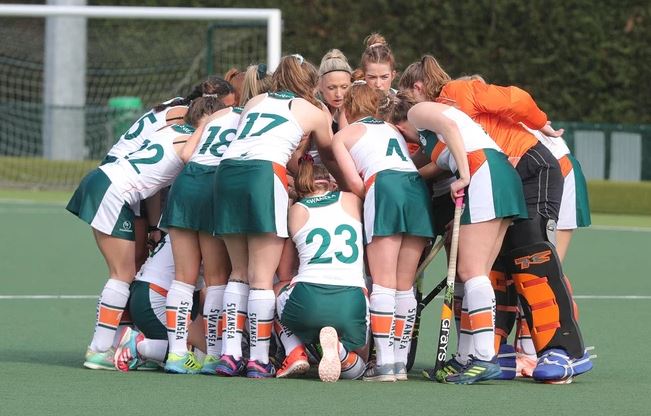 Swansea Hockey club will carve another niche in their history on Saturday when they play their first home game in the Investec Women’s Hockey League Premier Division.

The club are the first Welsh side to play in the elite league of the game and the visit of Holcombe HC to the King George V Playing Fields with the game being streamed live.

“There is a lot of excitement about the game,” said head coach Gareth Terrett. “The girls have worked really hard to get into the Premier Division.

“We are pushing oursleves to play against the very best in the UK and we are doing that now and it is great that we have the opportunity to face players who play for Great Britain.

“Playing at a higher standard can only be good for the club and for Welsh hockey as it gives players more experience of regular top-level club hockey.

“These are really exciting times for the club and the fact we are also steaming the game live shows the level of interest.

“It’s a shame that with the COVID-19 regulations there won’t be the number of fans we could have expected.

“But what we have got to remember is that at least we are getting the chance to play hockey as other levels of the game still cannot do that.”

When hockey was suspended by the coronavirus outbreak in March, Swansea were top in Division One North.

They had to wait a few weeks before it was confirmed they would be promoted into the top flight becoming the first Welsh team to do so.

“It was disappointing the way the season ended and it’s a shame that that team were not able to get together to celebrate their achievement properly,” added Terrett.

“As season’s end players move on to by switching to different universities or club or go off and have children.

“I think a few of the girls did have a zoom call together with a few cups of coffee, but there were no riotous celebrations.”

Terrett can call on Welsh international Beth Wood this season with the former Cardiff Met defender having returned from a season in Australia.

And Terrett has also used contacts established during a two-year spell coaching University of the Pacific in California near San Francisco to bring in four players from the United States who are now studying at Swansea University.

Due to next summer’s delayed Olympic Games in Tokyo, the 11-team Premier Division will see each team play each other once. The league will then be split with the top six battling for the title and the remaining five teams in a relegation fight.

“We’d had a couple of pre-season games against top flight teams but they hadn’t prepared us for the physicality of the Premier Division,” said Terrett.

We’ve had our first taste at a premier league fixture, we know what we need to fine tune. Onward & upwards. Starting with @HolcombeHC at @SwanseaUni next week. #uppaswans https://t.co/cW78ewi0q4

“In the first-half we were a bit overawed and conceded a couple of goals, but in the second-half we were much better.

“We now know what it’s like to play at that level and the girls have trained really hard this week.

“The league is one of the haves and havenots. There are teams like Surbiton who can go out and sign a few GB internationals just like that.

“But our aim is to finish top six. We want to establish ourselves as a Premier Division team.”