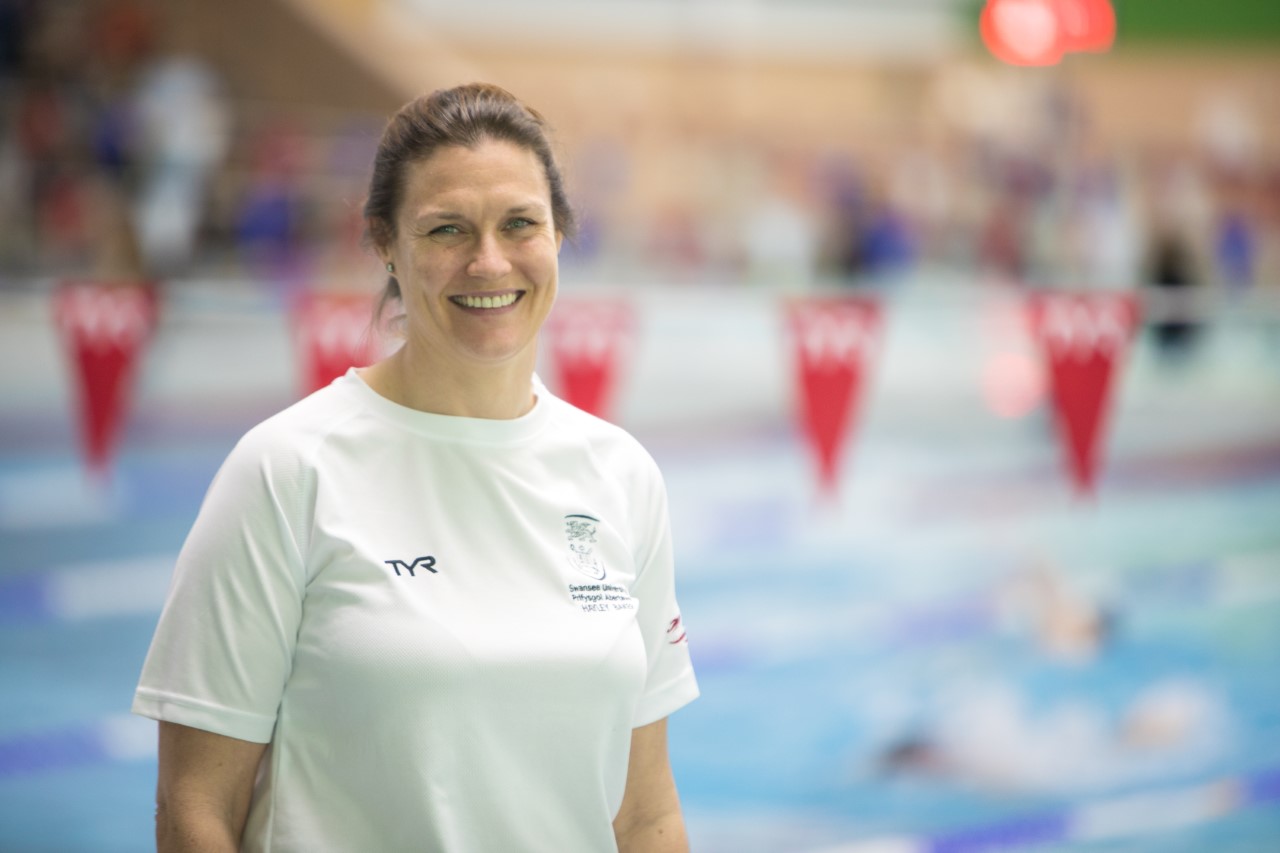 The 39-year-old was selected from a talented pool of coaches at universities across Britain for this summer’s event, which takes place from 3-14 July.

Originally from the north west of England, Baker arrived in Swansea in 2007 after a spell as head coach at Bolton Metro. She took up a position as coach at Swansea Aquatics, before eventually becoming head coach of Swansea University’s swimming programme last year.

Baker is a former British swimmer and has had great success since beginning her coaching career in 1995.

During her time at Bolton Metro she helped oversee the development of Rob Bale, who went on to represent Great Britain at the 2012 Olympic Games in London, whilst she also helped coach Lewis Fraser who won the 100m and 200m breaststroke at the ASA National Championships as well as being selected for the European Juniors and Youth Commonwealth Games.

“It is a great honour to be selected and to be a representative of not only Swansea University but all the British universities in such a high level competition,” said Baker.

“I’m looking forward to being part of an exciting team and speaking to other coaches from universities across the world.”

The World University Summer Games – known as The Universiade – is an international multi-sport event organised for university athletes by the International University Sports Federation (FISU).

It takes place every two years, with over 10,000 participants from 150+ countries taking part and is the largest multi-sport event in the world apart from the Olympic Games.