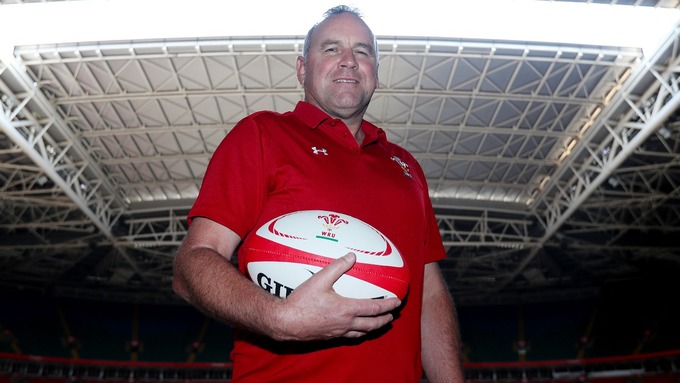 Wayne Pivac passed on his thanks and gratitude to Scotland coach Gregor Townsend after Wales clinched the Six Nations title.

Pivac watched from home as the Scots came from behind to win another thrilling match in Paris, 27-23, with a last-ditch try in the fifth minute of added time through Duhan van der Merwe.

France needed to score four tries and win by 21 points to deny Wales the championship crown, but although they crossed three times, they never threatened to shake that far clear of the Scots who enjoyed long spells of dominance.

Top of the pile?

Wales will get their hands on the trophy this afternoon in a presentation at their team hotel in the Vale Of Glamorgan.

“We’re happy with how things are going in our camp and we’ve built nicely through the competition.” said Pivac.

“It’s been a great period for [Scotland coach] Gregor [Townsend] since the World Cup – I’d like to congratulate him on that performance which has helped us win the Championship.”

“The Scotland win reminded me a lot of our game against France, with cards and people coming and going. It had everything and it was a great game to watch.”

Given that Wales finished in fifth place in last year’s Six Nations and won only three Test matches in the whole of 2020, their triumph this year caps off a remarkable turnaround for Pivac’s side.

“We’re over the moon and very very happy to have won the Championship,” added Pivac. “It’s just a shame we couldn’t have done it as a group last week.

“We don’t want to talk too much about that but we felt we had done quite a bit in that game to have won it. It wasn’t to be, but it certainly doesn’t take anything away from the fact that a lot of hard work has been done and we’ve won the tournament.

“I still think I’m going to wake up and it’s all going to be a dream,” said Sheedy.

“It’s all a bit surreal. We’re chuffed to be champions. The more people write us off and tell us how bad we are the better we play.

“When we have our backs against the wall, we come out fighting, and I think that’s what the Welsh nation is all about.”

France had the match – but not the title – in their grasp, up 23-20 in injury time, but fullback Brice Dulin bizarrely decided not to kick the ball into touch with victory assured if he did.

The Scots exerted huge pressure over 22 phases, and left wing van der Merwe swept into the left corner in the 85th minute for his second try of the night and secured Scotland’s first Paris triumph since 1999.

Gloucester wing Rees-Zammit has made a startling impact on the international stage.

The 20-year-old’s Wales debut – against France in a friendly – came only five months ago, but he has scored tries for fun, including a brilliant one-handed finish against Ireland, before he posted a memorable double as Wales’ Six Nations momentum increased by toppling Scotland at Murrayfield.

He terrifies opposition defences with his pace and could be sprinting towards a British and Irish Lions place against South Africa this summer.

Ospreys star North became the youngest player in rugby union history to reach 100 caps for their country when he lined up against England last month, and the 28-year-old has revelled in a new role after being switched from wing to outside centre by Pivac this season.

Only Shane Williams has scored more tries for Wales than North, who continues to be an integral part of his country’s armoury into his second decade as a world-class performer.

A third Lions tour appears on the horizon.

Loosehead props rarely command headlines but, in Jones, Wales have a player who they dare not be without.

At the age of 29 with 34 caps to his name, Jones is enjoying a career high and has been a scrummaging cornerstone for Wales.

The set-piece was transformed from Wales’ Autumn Nations Cup struggles, when Pivac often experimented in selection, and Jones has been a rock, featuring in 13 of Pivac’s 15 Tests at the helm.

Number eight Faletau has been a Test player for 10 years, and he continues to drive standards.

In Wales’ campaign this season, he made 66 tackles and had 70 carries, which underlines the huge impact he offers alongside back-row colleagues Josh Navidi and Justin Tipuric.

Bath forward Faletau is world-class, possessing an ability to combine power and prodigious defensive work with the footballing skills of a back.