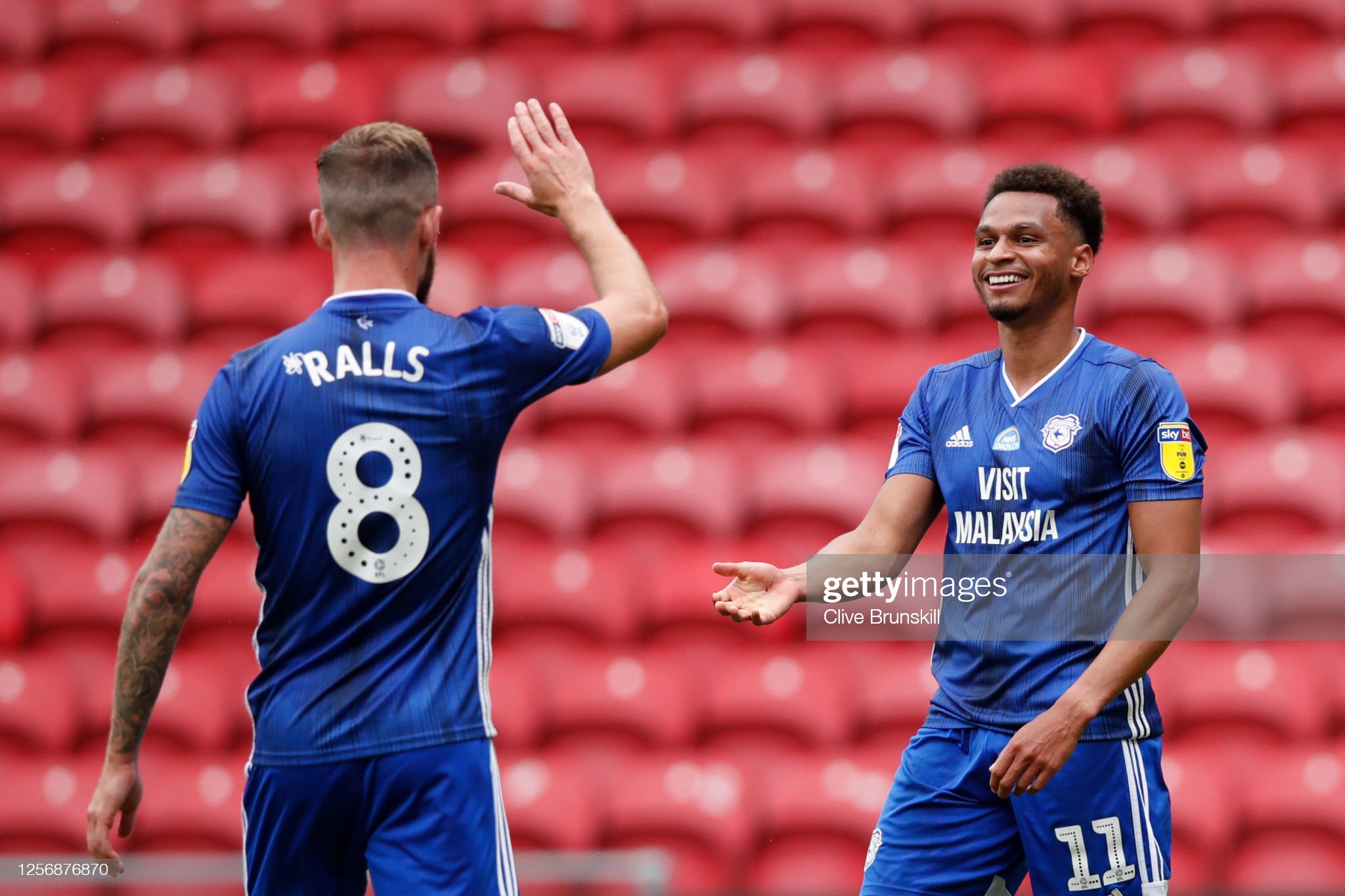 Neil Harris hailed the character of his players after Cardiff City moved to within a point of securing their play-off place.

The Bluebirds manager was full of praise after his team strengthened their position in sixth place in the Championship with a 3-1 win at Middlesbrough.

It means there is a great Welsh shoot-out on Wednesday night, but Cardiff are stocked with most of ammunition.

Swansea must win at Reading and hope Hull City’s survival instinct motivates an unlikely victory at the Cardiff City Stadium.

That would tie the clubs on 70 points, but reverse the current goal difference between them to at least one goal in Swansea’s favour.

Two goals from Josh Murphy mean Harris’s men go into Wednesday’s final game of the season against Hull knowing a point will be enough – but with rivals Swansea in line to benefit from any slip-up.

Harris said: “At this stage of the season you need character and we went out today and we had it in bundles.

“Neil Warnock’s sides are extremely tough to play against, they’ve been on a really good run of form and got themselves to safety, so credit to my players for having the bravery to get the ball down and play, but you have to stand up to them physically as well.”

Murphy scored twice in the second half after replacing the injured Junior Hoilett to add to Sean Morrison’s early header.

Britt Assombalonga blasted a late free-kick before Jonny Howson was sent off for a second bookable offence.

Harris insisted he will take nothing for granted against the free-falling Tigers, whose relegation fate was almost sealed after a 1-0 home defeat to fellow strugglers Luton.

Harris added: “I didn’t know until we were in the sixth minute of injury time that Millwall got beat and Swansea were winning. It’s a straight shoot-out between us and the enemy up the road but we’ll focus on ourselves.”

Despite the defeat, results elsewhere mean Middlesbrough are safe unless Wigan succeed in overturning their imminent 12-point penalty for going into administration.

And Warnock has urged EFL chiefs to make sure Wigan’s fate is cleared up before the final round of fixtures.

He said: “It is to be hoped that everything can be put to bed by then – they must know how important the appeal is and they can’t just drag it on forever.”

Warnock blamed naivety and a lack of mental strength for the below-par display against the Bluebirds, but insisted he saw plenty of positives in the performance.

“I really think the mental side of the players has got to be stronger – we’ve got to be a little bit more clued up and streetwise, really,” added Warnock.

“There was a naivety in certain areas today. I think it just shows what we already know at this level, that you’ve got to be able to mark at corners.

“Obviously because of the goals they (Cardiff) could relax, but I didn’t think there was much between us and there were quite a few positives today.”