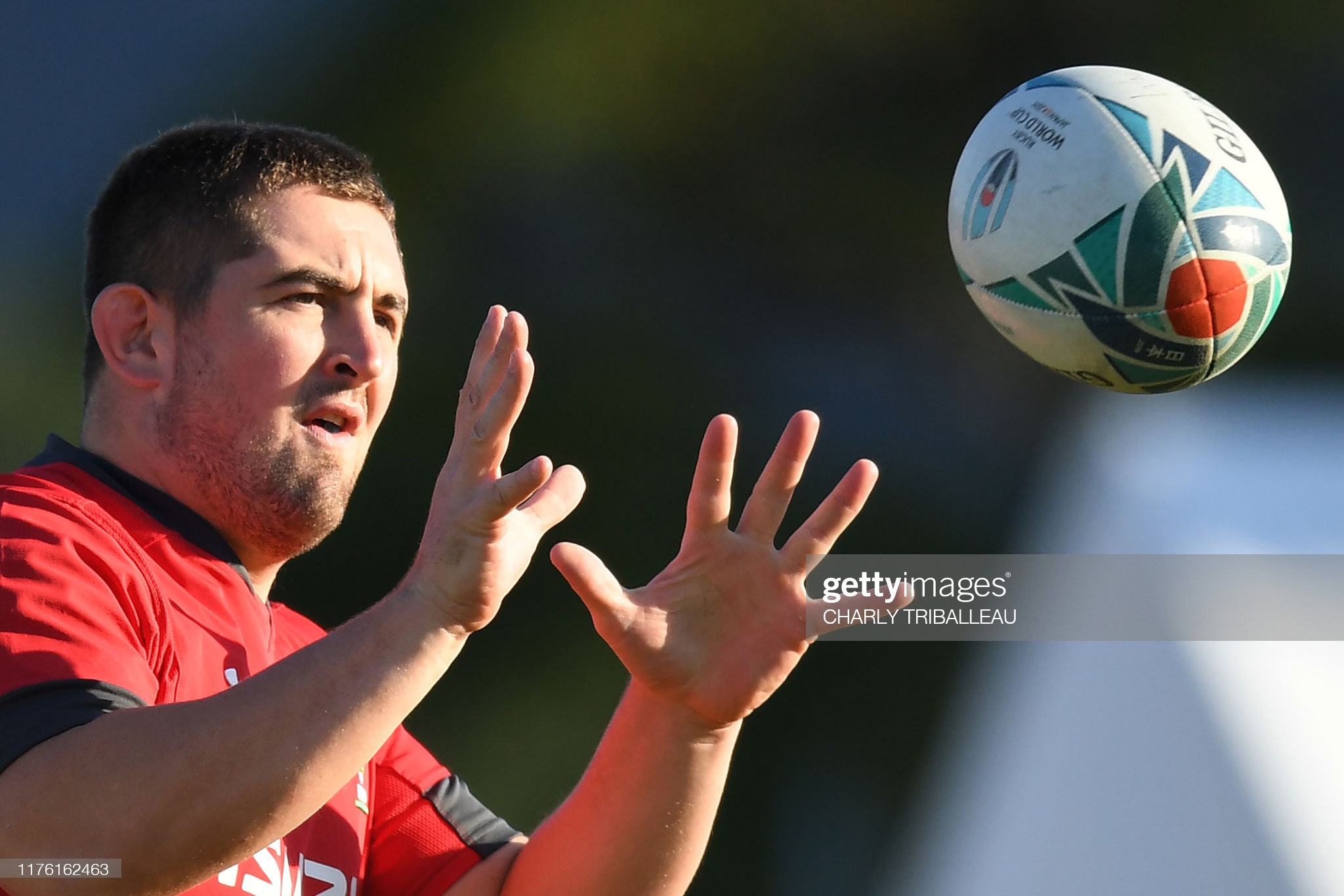 Welsh coal mining once used to produce prop forwards for Wales, but these days few jobs sit beside being a professional rugby player. Unless, it seems, you’re a farmer from west Wales as Wyn Jones is proving is this Six Nations and as he tells Graham Thomas.

Wyn Jones has revealed a return to shearing sheep during lockdown got him in the mood to strong-arm opponents in this season’s Six Nations.

The Wales prop has been one of the big success stories of the tournament so far – collecting the man-of-the-match award in taking the clippers to Ireland and then giving the Scots a haircut with another forceful display in the win at Murrayfield.

Many sage former front rowers have already tipped the Scarlets loose-head for a place on the Lions tour this summer, a status he has a chance to underline on Saturday when Wales face England for the Triple Crown in a match that is live on S4C.

Jones is from west Wales farming stock, the inheritor to a Welsh front row tradition that can be traced back to the likes of John Davies, Kevin Phillips, Brian Williams and before them Walter Williams and Peter Francis.

Fellow contemporary international props Rob Evans and Rhodri Jones also have their home roots on the land and it was during pre-season last summer – when his wedding was postponed – that the current Welsh number one No.1 went grappling with the livestock back on the family farm near Llandovery.

It turns out shearing sheep on a windy hilltop near the banks of the River Towy is just the thing to prepare for dealing with Kyle Sinckler on England’s tight-head.

“It was something I hadn’t done for years until the last lockdown when all bets were off with rugby,” says Jones.

“I was getting some more time at home on the farm and I was just picking up where I left off. It was quite refreshing, I quite enjoyed the physical challenge of it.

“It’s both mental and physical. When you grow up on hard work, it showed me my way to being a Welsh international.

“I enjoyed rugby from a young age and kept progressing and I suppose that’s how life was on the farm, as well. I just kept helping out and went from job to job.

“The aspect of hard work came through, mentally and physically. Farmers make good props. That’s just how it is.”

Jones bumps into former Neath prop Davies from time to time and says: “John is selling agricultural items so I see him from a distance at agricultural shows and on social media more than anything.

“He’s definitely someone I would have watched growing up and took an interest in.”

Suitably reinvigorated after his shearing sessions, Jones got stuck into this season with relish and the 29-year-old is now playing the best rugby of his life.

His strong scrummaging and dynamic contributions around the field have won him plenty of admirers.

A quick check on the Guinness Six Nations Fantasy Rugby site shows that the former Llandovery player – who was nicknamed ‘Sausage’ when he went to the Scarlets – is way out on his own as the tournament’s top-rated prop.

Sausage and mashed up tight-head props – @wynjones2 is the best in the @SixNationsRugby says @scarlets_rugby chief. Report by @james_dodd1
👇
My “Sausage” Is A Six Nations Sizzler Says Scarlets Chief After Wyn Jones’ Wales Double https://t.co/C2ooOsCDWD via @Dai_Sport_

The fantasy game was one that Jones himself used to play when he was learning his craft with the Drovers in the Welsh Premiership, so to be top of the props means a lot.

“I remember doing it when I was younger so it’s nice to see my name up there. The most points for a prop is quite flattering.

“I’d like to think I keep that going, I’ve had a good start to it. One of my friends texted me the other day and said, ‘keep it up, I’m not pulling you out now!’”

Collectively, Wales have made a good start to the tournament, too, although nine of Wales’ last dozen meetings with England in all matches have ended in defeat.

Jones played in the last win over the old enemy – in 2019 – but his other three appearances against England were losses.

“We’ve got a lot to work on, but having won the first two games this year, it’s a lot happier place to be,” he says.

He insists he is not thinking about that Lions tour, only about celebrating – within the Wales bubble – a Triple Crown come Saturday evening, if Wayne Pivac’s men can following Scotland in chopping down the red rose.

“I’ve just enjoyed every step of the way and I take every game as it comes,” adds Jones.

“I’ll keep on playing my rugby and, hopefully, keep performing on the pitch.”

In Edinburgh, Jones seemed to be capturing the limelight even when he wasn’t trying to.

It was he who took the brunt of Zander Fagerson’s shoulder to the head that earned a red card for the Scotland prop.

Jones says the rules are clear, everyone knows them, and players are not – as some pundits have claimed – now afraid to hit rucks for fear of dismissal.

“Nah, it’s something we’ve been briefed on,” says Jones. “It’s part of the game now. You know what you can and can’t do.

“As long as they ref is fair then we haven’t got any objections as players. It’s the same as if you take someone out in the air, you expect a red card, whether you think they’re the right rules or not. We just play to the rules and accept what the ref says.”

So, no close shaves – yet – for farmer Jones, unless you include the shearing sort of last summer.