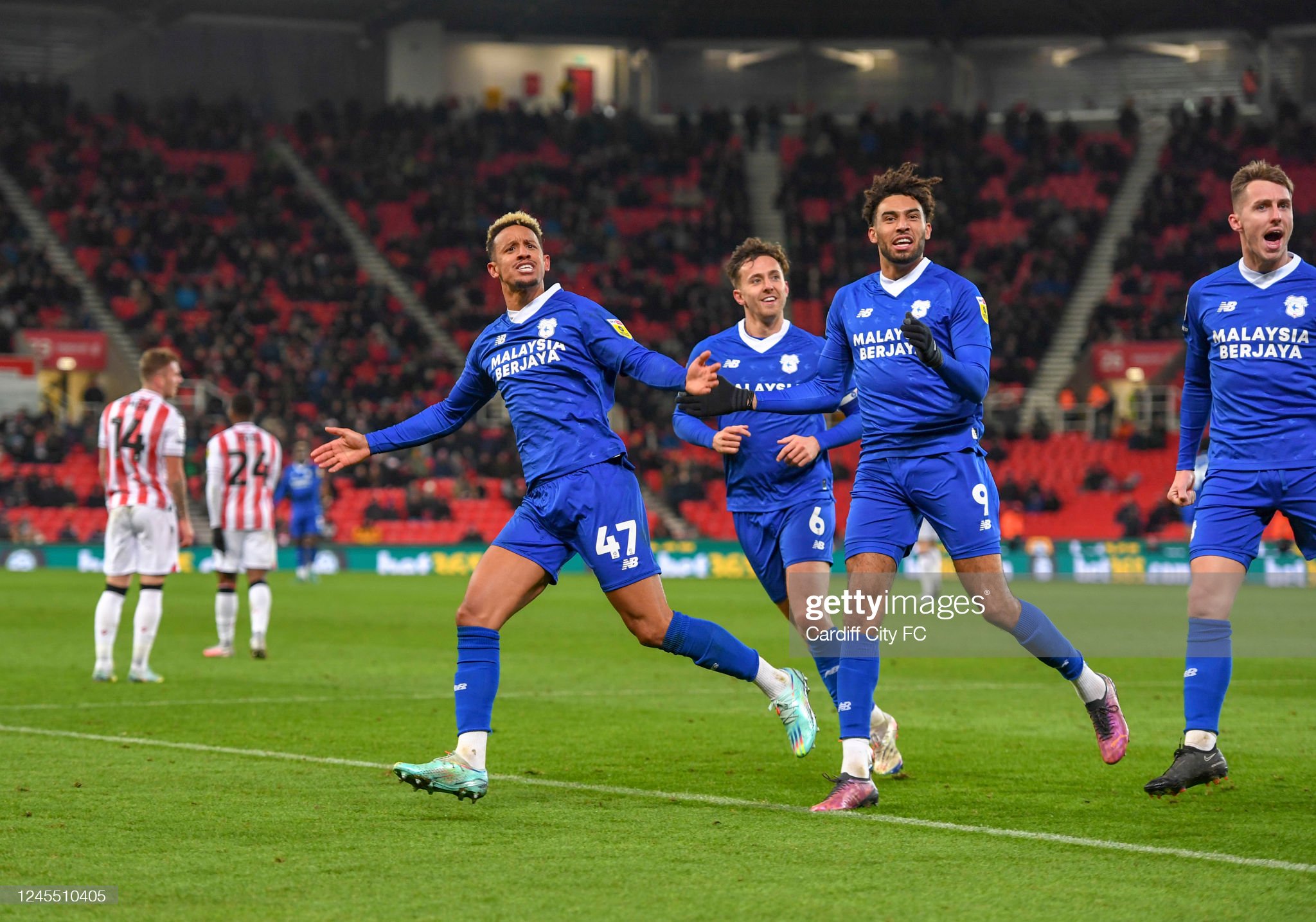 Cardiff City are hoping a slimmed down version of top scorer Callum Robinson can return to action on Saturday against bottom-of-the-table Wigan to provide a first Championship goal for the club since December 17.

Robinson’s four goals this season in the League make him the club’s leading striker, but he was forced to miss last weekend’s epic FA Cup third round draw with Leeds United because of sickness.

“There has been quite a lot of sickness going round and Robbo lost 6kgs through his bout of flu and tonsilitis. We have to be mindful of that and we have to protect them,” explained Bluebirds boss Mark Hudson.

“We were without Robbo, Kion Etete, Rubin Colwill, Gavin Whyte and Cedric Kipre for the game against Leeds due to illness and injury, but they were all back in training this week.

A lack of goals has been Cardiff’s biggest problem this season and they remain the Championship’s lowest scorers with 20 in 26 games. They have failed to score in 12 of those 26 games and need three points today to ensure they stay out of the relegation places.

Official. Everton have recalled Niels Nkounkou from his loan at Cardiff City and loaned him to Saint-Etienne. 🔵 #EFC

Loan move will be valid until the end of the current season. pic.twitter.com/zDUl8NTk4T

“It was great to see the players score two goals against Leeds last weekend and see them put into practice what we had been working on in training,” added Hudson.

Jaden Philogene ended a near six-hour wait for a goal of any sort when he fired the Bluebirds in front against Leeds in the 24th minute. Then, just like London buses, a second came along via Sheyi Ojo seven minutes later to give the Bluebirds a two-goal lead against their Premier League visitors.

Leeds eventually hit back to draw 2-2 and force a replay, thanks to a 93rd minute goal from Sonny Perkins. The replay at Elland Road on Wednesday for the chance to meet either Boreham Wood or Accrington Stanley in the fourth round.

“If we play like we did against Leeds then we will give ourselves a good opportunity to win the game against Wigan. We have to use the momentum from last weekend’s performance to move forward,” said Hudson.

“We need the players to be clear on what the game plan is and for them to carry that out. We’ve been excellent up until the final third this season and after a few attacking tweaks I thought the numbers we had in the Leeds box were excellent.

Mental player , in 5 years time he’s either going to be playing champions league football or the French third division , probably the latter to be fair but all the best Niels at least he gave his best every game 👍

“I’ve no doubt we will go on to win games and keep that momentum going.”

Wigan are without a win in their last six outings and last tasted success on 12 November when they beat Blackpool 2-1. Since then, they have replaced Leam Robinson with Kolo Toure as manager, but the former Arsenal, Man City, Liverpool, Celtic and Ivory Coast defender has yet to taste victory in his six games in charge.

Cardiff are four points clear of their visitors in 20th, but will be aware they cannot afford to drop any more points with a mere six points covering the bottom seven sides.