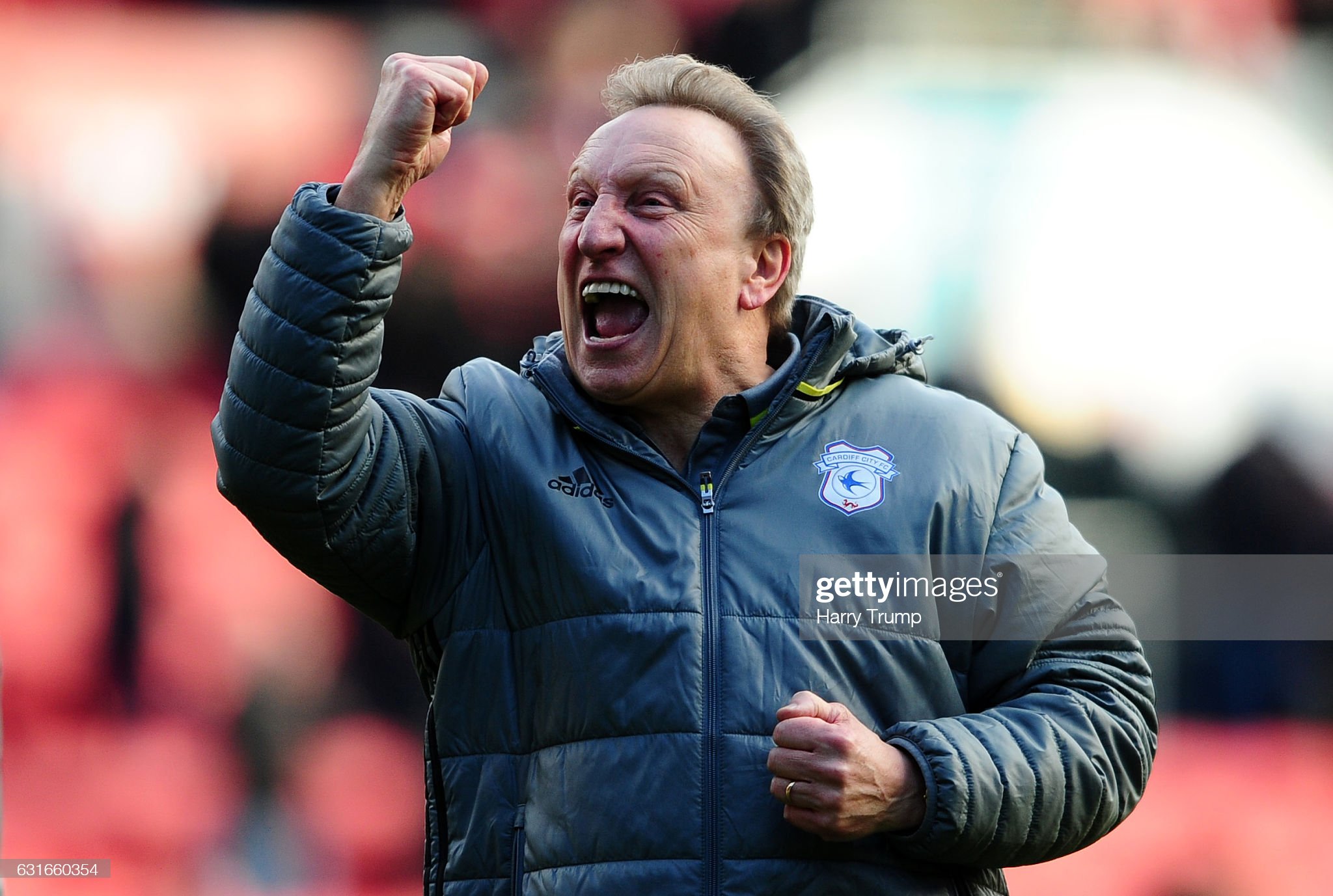 Neil Warnock is the bookies’ favourite to return as the new manager of Cardiff City following the sacking of Mark Hudson.

Warnock, 74, has been out of work since leaving Middlesbrough in November 2021 and announced his retirement from management six months later.

But that has not stopped Welsh bookmakers DragonBet – and others – from making the former Bluebirds boss their favourite to return to the club he left three years ago.

Hudson was dismissed on Saturday night after just four months in charge, following his side’s 1-1 draw at home to Wigan which left Cardiff one place and three points above the Championship relegation zone.

It leaves Cardiff in crisis – searching for their third manager of the season at the midway point – and unable to spend money on incoming players in this transfer window because of restrictions only partially lifted after they eventually paid the first instalment of the Emiliano Sala transfer fee.

The Bluebirds have gone through eight managers in the last seven years – four in the past two years – with only Warnock managing a win percentage of over 40 per cent.

But the fact that rumours have persisted for weeks that the club are keen to re-unite with a man who would become the oldest manager in the top four divisions shows how directionless and desperate the club has become.

Warnock is priced at 3/1 to return, while the other contenders for the job, according to the bookies, are former Cardiff defender Sol Bamba (8/1), Dean Smith (9/1), who  was recently sacked by Norwich City, Chris Wilder (10/1) and former Newport County giant-killer Mike Flynn (10/1).

Cardiff have gone nine matches without a win. They thought they had secured their first three-point haul since November when Callum O’Dowda fired them in front against Wigan with nine minutes remaining. But less than a week after conceding an injury-time equaliser in a 2-2 draw against Leeds in the FA Cup, they were pegged back by the bottom club when Will Keane levelled in the 96th minute.

The club said in a statement: “Cardiff City Football Club has relieved Mark Hudson of his duties as first-team manager. The board of directors would like to place on record its thanks to Mark for all his work as a player, coach and manager while with the Bluebirds. We wish Mark all the very best of luck for the future.

“At this time Dean Whitehead will take on the responsibility of interim first-team manager. Tom Ramasut will remain as assistant manager and will be supported by goalkeeping coach Graham Stack.”

Hudson is the second manager the Bluebirds have sacked this season after they dismissed Steve Morison in September.

I’m sure Warnock would be enticed to return to Cardiff after Tans comments in November! 👇🏻 pic.twitter.com/d9PGEHd4pY

A former Cardiff player, Hudson was initially appointed on an interim basis, but Cardiff announced him as their permanent boss in November.

His team have not won since, although they have managed five draws in their last six games.

Relegation to League One would be a huge blow for Cardiff, but Huddersfield, Blackpool and Wigan – the three clubs beneath them – have all scored more goals than Cardiff so far this season.

Their final five fixtures of the campaign look extremely tough – with matches against Sheffield United, Watford, Stoke, Huddersfield and Burnley.

Odds on Cardiff City’s next manager: