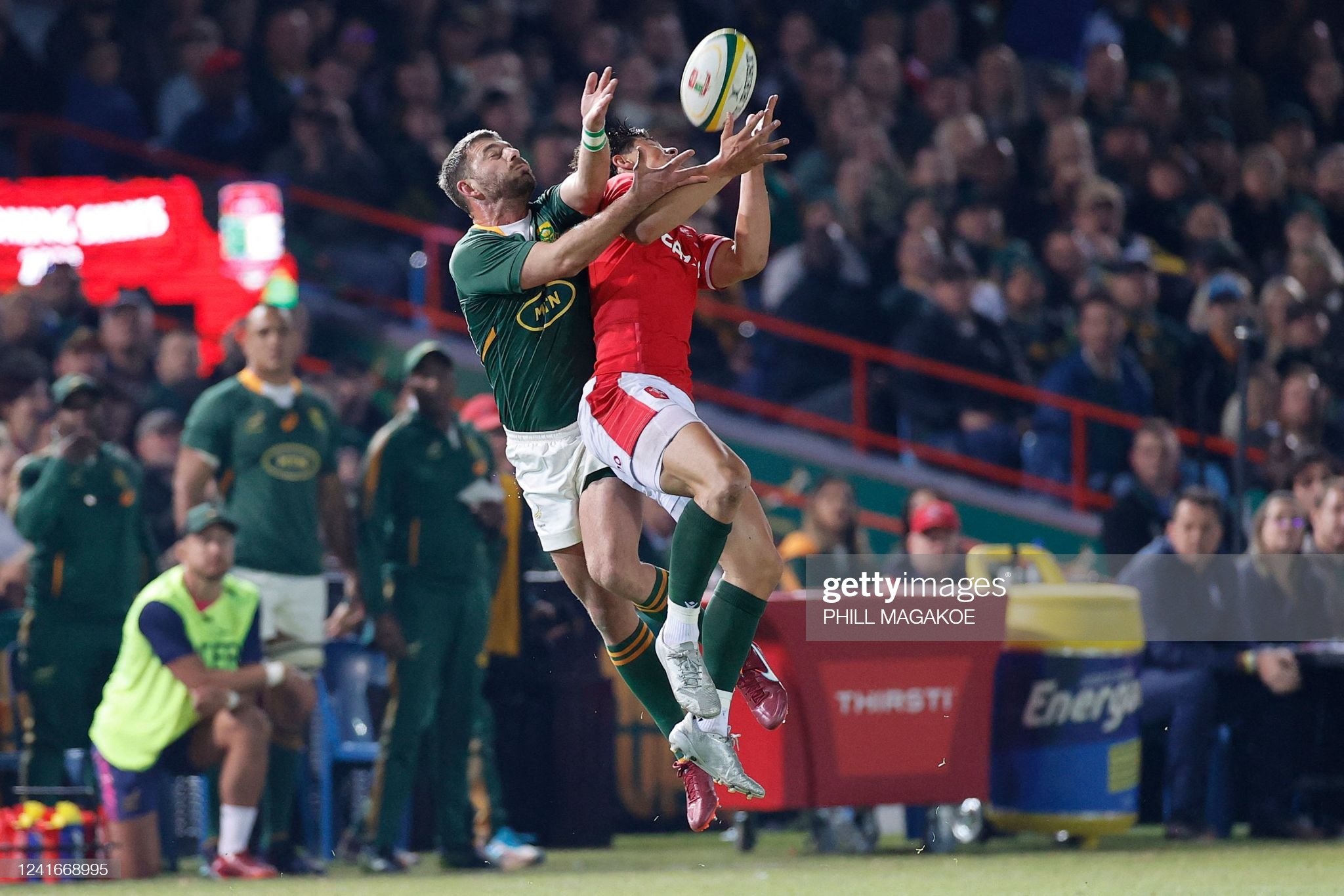 Wayne Pivac has told his players to disregard claims that South Africa have disrespected Wales with their radical selection policy ahead of this weekend’s second Test.

The Springboks caused surprise and some measure of outrage by making 14 changes to their line-up for Saturday’s clash in Pretoria.

Pivac is looking the other way – and hoping continuity will aid Wales in their quest to claim a first ever victory on South African soil against a much-changed Springboks side.

The Wales head coach has made just one change to his starting XV from the side which narrowly lost the first Test in Pretoria last weekend with giant wing Alex Cuthbert replacing Josh Adams on the wing while uncapped Saracens tighthead Sam Wainwright is on the bench.

But the South African selection raised eyebrows with Boks boss Jacques Nienaber opting to make 14 changes to his starting XV.

Handre Pollard has been steering the ship from @JuniorBoks to @Springboks

The fly-half will be looking to make it two from two when South Africa welcome Wales to Bloemfontein on Saturday pic.twitter.com/R4zm31ohpA

Pivac is wary of the threat the world champions will pose but is quietly confident his settled selection can give Wales a head start.

“We’re certainly not taking them lightly at all,” he said.

“They have players there with an opportunity to impress ahead of the third Test.

“We know they’ll come out strongly and represent their country strongly like anyone in the jersey would do. For us it’s about what we can control and that’s our performance.

“For us, we aren’t really sure what might be coming. There are a lot of players there who haven’t played together for a while.

South Africa have made 30 kicks in play per game in Test rugby since the beginning of 2021.

The most by a Tier 1 nation in that time.

“We’ve probably had a few more days to prepare than that particular back-line we will be up against. You’ve just got to look at the experience in their back-line with Jesse Kriel, Andre Esterhuizen.

“The world class number 10 drops back in there so we expect them to settle down pretty early in this game. We expect it to be another arm wrestle and hopefully we can just front up and do our part.”

Despite coming within a whisker of winning the first Test, Wales were the architects of their own downfall as they conceded 18 penalties and free kicks in comparison to South Africa’s seven.

They were also shown four yellow cards over the course of the 80 minutes, and at one point were down to 12 men.

It is a perfect bit of defensive work from LRZ. First to make the catch and then to get the turnover. Look how he catches the La Roux with his right hand on right shoulder and then has right hand on left side. Clear release. His coaches won't be calling him out on this. pic.twitter.com/DY8JQzK7h9

Pivac questioned the performance of referee Niko Amashukeli but has warned his side they will have to clean up their act if they are to level the series in Bloemfontein.

“It is really a matter of focussing on what we can bring to the game and hopefully that’s going to be a lot more discipline than last week because we let ourselves down clearly in that area of the game,” said Pivac.

“I mentioned Louis Rees-Zammit. I think that was the most unlucky play in the match.

“Clearly, from our point of view, we thought it was an excellent play. It was a big moment in the game. That was a little bit frustrating.

“We know there were areas in the game which we need to improve on in terms of our discipline, but we felt also that there were some things which didn’t go our way.”

Not many players would be able to win their first cap away against South Africa at Loftus Versfeld and not look out of place at all. pic.twitter.com/9CAf07dSWX