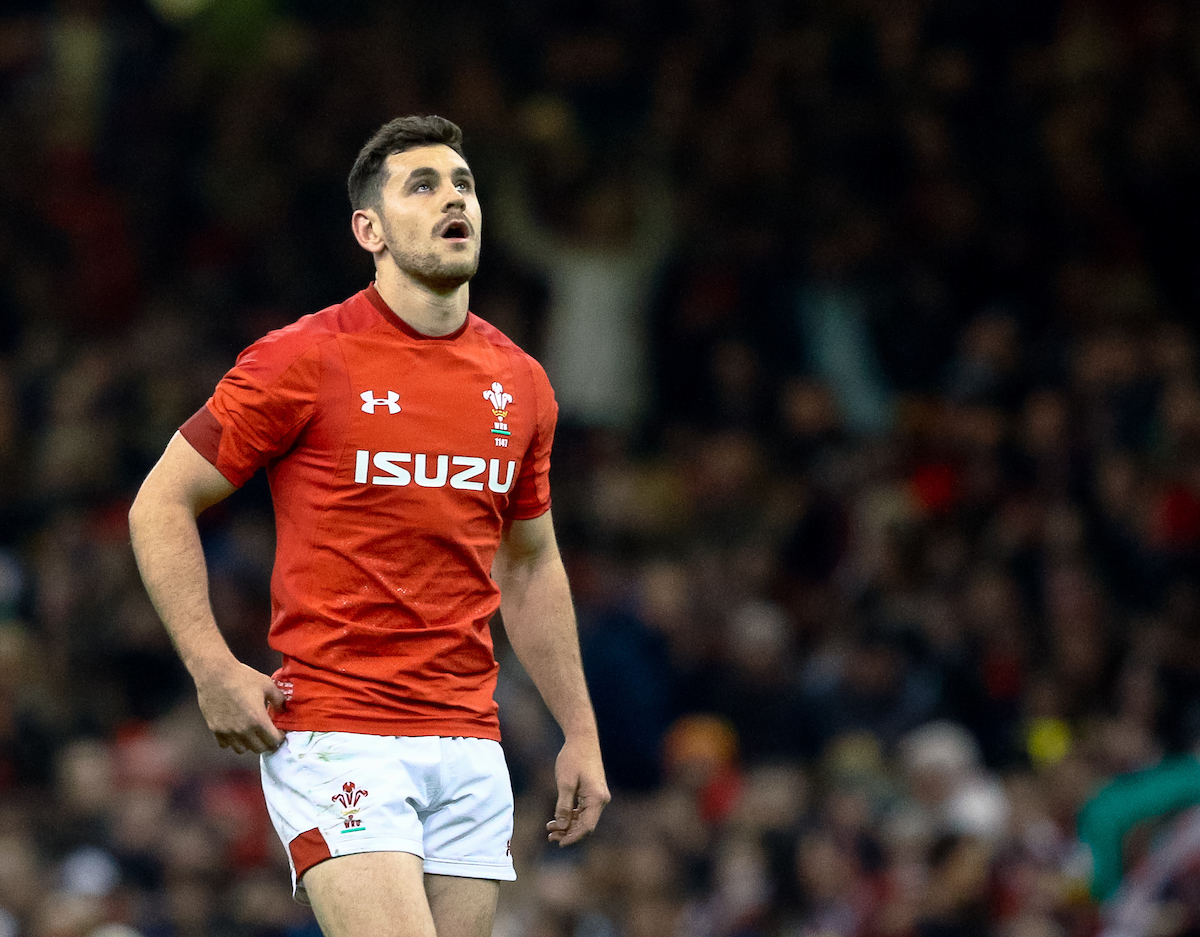 Tomos Williams has warned Wales they will face an emergency if they only shout, “nine, nine, nine!” when they defend their lines against France on Friday night.

The two most skilled scrum-halves in the Six Nations will go head-to-head in Cardiff when Williams faces French superstar Antoine Dupont.

But even though Dupont is the world player of the year and oval ball pin-up across the Channel, Williams believes it would play into French hands if Wales concentrate all their forces on one man.

“I think everyone knows how much of a good player Antoine Dupont is,” says Cardiff star Williams, who wowed the crowd at Twickenham himself with an outrageous one-handed overhead pass.

“He’s a big threat on both sides of the ball, to be fair. We’ve just got to give him as few opportunities as possible. You have to always be on your toes around him.

“But I think they have got threats all across the park. Their back three, their centres, and their half-backs – they are all great players.

“They can play a good power game as well. They are very dangerous at the moment.”

Williams has twice been on the winning side for Wales against Dupont, but suffered defeat in Paris last season and was also beaten by his opposite number at club level when Cardiff crashed to a 39-7 defeat to Toulouse in a Heineken Champions Cup tie in November.

Having beaten Italy, Ireland and Scotland, the dazzling Dupont and his French fliers are still on course for a first Six Nations title for 12 years and possible Grand Slam.

They have a powerful pack with ball-carriers such as Gregory Alldritt and Paul Willemse, backed up by razor-sharp backs such as Damian Penaud, Gael Fickou and Romain Ntmack.

Just as vital, says Williams, is the role of every Welshman’s favourite skinhead, Shaun Edwards, who barks out his defensive instructions in the pre-match warm-up and sets a snarling tone of defiance – just as he did when he was defence coach with Wales.

Williams adds: “With Shaun Edwards, their game is built on a solid defence and that defence is going well.

“Their breakdown work is good so we are going to have to be on the money at the breakdown as well.”

Wales’ own hopes of retaining their title disappeared with their 23-19 defeat to England, even though they outscored Eddie Jones’ side by three tries to one.

But with back-to-back home matches to finish – Wales host Italy eight days after France – 27-year-old Williams believes Wales can still claim a runners-up spot and set down a marker a year out from the 2023 World Cup.

More than anything, 27-year-old Williams – who will earn his 33rd cap against France – wants Wales to play the kind of all-court, running game in which he thrives.

As a former Wales international basketball player, his handling is as slick as any scrum-half in the world – as evidenced by his brilliant pass that enabled Josh Adams to go over against England.

That is the type of game Williams wants Wales to play more regularly from the start of games but he admits: ““There’s a lot to work on. You can’t please everyone, can you?

“But we showed in the second half  against England how we want to play. If we can get there most weekends from the start, we’ll be a lot happier than we are.”

“Most boys play the game to have the ball in their hands and show what they can do. We’ve been able to express ourselves a bit more at the moment, which is what we want.

“I am enjoying it. I picked up a couple of injuries, and I’m just happy to be fit at the moment for a decent stretch.

“It’s frustrating when you are injured. I’m loving it at the moment and grateful for the opportunity.”

Josh Navidi has been added to the Wales squad for the remainder of the tournament and could come into the reckoning for selection against the French.

Josh Navidi (Cardiff Rugby) has been called up to the Wales senior men’s squad for the remainder of the Guinness Six Nations. Ellis Jenkins has been released to join Cardiff Rugby for their upcoming fixtures in South Africa. pic.twitter.com/XuuCsdQXlu

The British and Irish Lions flanker required shoulder surgery after being forced off eight minutes into Cardiff’s United Rugby Championship match against the Bulls in October.

However, the 31-year-old returned to action in his region’s defeat to Ulster on Friday night, playing the full 80 minutes in Belfast.

Navidi’s addition to the squad sees fellow back-row Ellis Jenkins released back to Cardiff for their two matches in South Africa over the next two weekends.

The capital region face the Lions in Johannesburg next Sunday before travelling to Cape Town to take on the Stormers.

Jenkins started Wales’ opening defeat to Ireland but was not in the matchday squad for subsequent fixtures against Scotland and England.