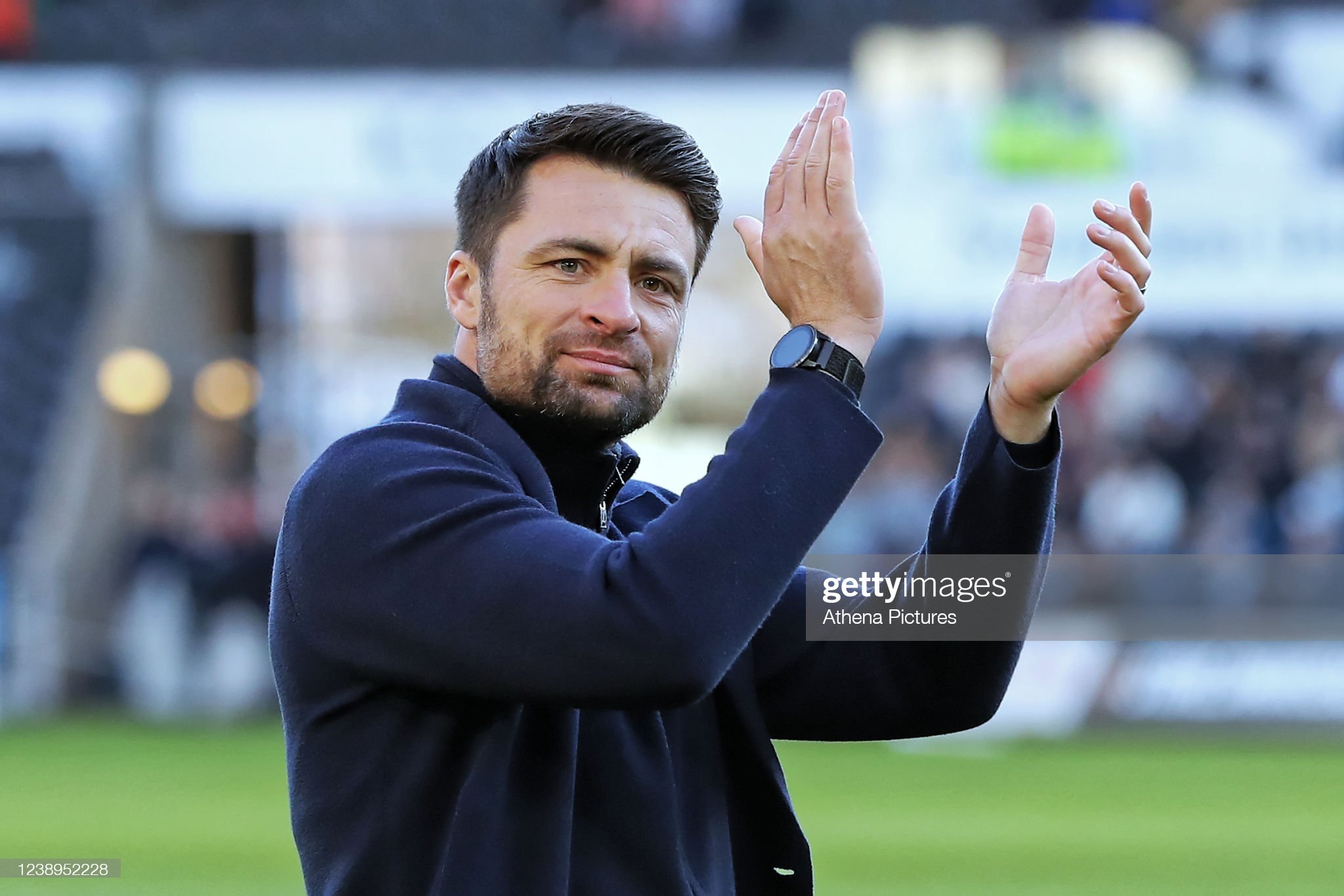 Swansea City boss Russell Martin expects more from his team – despite back-to-back victories in the Championship for the first time for almost five months.

Following a 3-1 victory at home to Coventry City at the weekend – which gave the Swans their third victory in four games – Martin still believes the Swans have “a lot of work to do” after “too many mistakes.”

With one assist and two goals, Michael Obafemi was the star of the show and there’s no surprise he picked up MOTM.

“I’m really pleased with the result, absolutely loved the first-half performance. I didn’t particularly enjoy the second-half performance but we have a fairly young team,” said Martin.

“We are not in a position of being 3-0 up very often, but we didn’t manage the game well enough in the second half.

“I think you know me well enough, I don’t get overly emotional over results, I do about performance because performing well and performing consistently will lead to results in the end, so we have to do better than we did in the second half.

Apart from that mistake from Naughton at the end of the half, that was absolutely perfect. A dominant display and we’ve taken our chances. We have been in control so far. Now this is Russell Martin’s Swansea City 😍 #Swans

“It’s left me feeling probably not as positive about the whole thing as I should do, but we have a lot of work to do.

“I’m extremely proud of the way we played in the first half. To play the way that we did took courage, huge attention to detail, and they looked after each other in the first half with the ball, threw it on the top line, worked well, and there was intensity in our position to get the ball back quickly.

“We limited Coventry to one shot, and that was from a mistake from us. But in the last three or four minutes of the first half, there was some real sloppiness creeping in and it carried on.

“The second half was messy but luckily for us, both teams were quite messy.”

The opening goal came from a stunning passage of play down the left with excellent link-up between Jamie Paterson and Korey Smith, and the Swans boss was quick to praise the latter for an excellent afternoon’s work.

“It was a beautiful goal and I thought Korey was great with his part in it,” Martin added.

“We spoke about being more purposeful and aggressive with the ball and the quality of that goal is outstanding.

“Korey’s a really versatile player and we just felt we needed his presence and experience because we don’t possess huge amounts of that in the team.

😅 “Unfortunately it wasn’t on Sky so I didn’t get my Man of the Match award but I will be getting that award soon!” @michaelobafemi_ believes there is more to come 🔋

“He has a good understanding of the game, and when you have that you can play in any position.

“I’m really pleased for him, I thought he was really good today.”

Swansea built on their 41-year unbeaten run against Coventry City, who haven’t beaten the Swans since 1981.

Smith charged down the left before picking out Obafemi who then squared it to Paterson, putting the Swans one-up against his home town club.

As the first-half drew to a close, the ball was played to Flynn Downes, who somehow managed to get the ball through the Coventry defence for Obafemi to score.

On form skipper Matt Grimes, robbed Ben Sheaf inside his own half, and gave Obafemi a clean pass. The striker made no mistake with a cool finish, putting the side 3-0 up.

After being 2-0 down going into half-time then 3-0 early on in the second, Coventry clawed it back in the last few minutes, with a shot pushed wide to Martyn Waghorn who then passed to Gustavo Hamer who fired it into the net.

🥇 @michaelobafemi_ is today’s MOTM with 8️⃣2️⃣% of the vote 👏 pic.twitter.com/QGXohKoYaV

Martin had praise for Obafemi after the striker took his goal tally to four in his last six games.

“Real pace is something we’ve missed and we’ve lacked for a large part of the season,” Martin added.

“It’s something that scares opposition defenders. There’s no doubt about it. Pace is the worst thing to play against.

“I would say that being a slow centre-half. But I don’t think anyone enjoys playing against that even when you’re quick. He’s definitely given us another dimension.

After getting excited about an in-person press conference, Obafemi said: “I just want us to finish really strongly this season. It’s about growing and trying to keep improving and hopefully he’ll be part of that.

“It’s my first brace of the career, quite gone to be honest, but just happy that we got the win and kick on and look forward to Tuesday.

“I think I’m definitely getting into form, I’ve been training well, and it’s showing in the games that I’m taking my chances and feeling fresh.

“It was a slow start to my Swansea life here but I’ve finally hit the ground running and I’m showing the Swansea fans what I can do.”