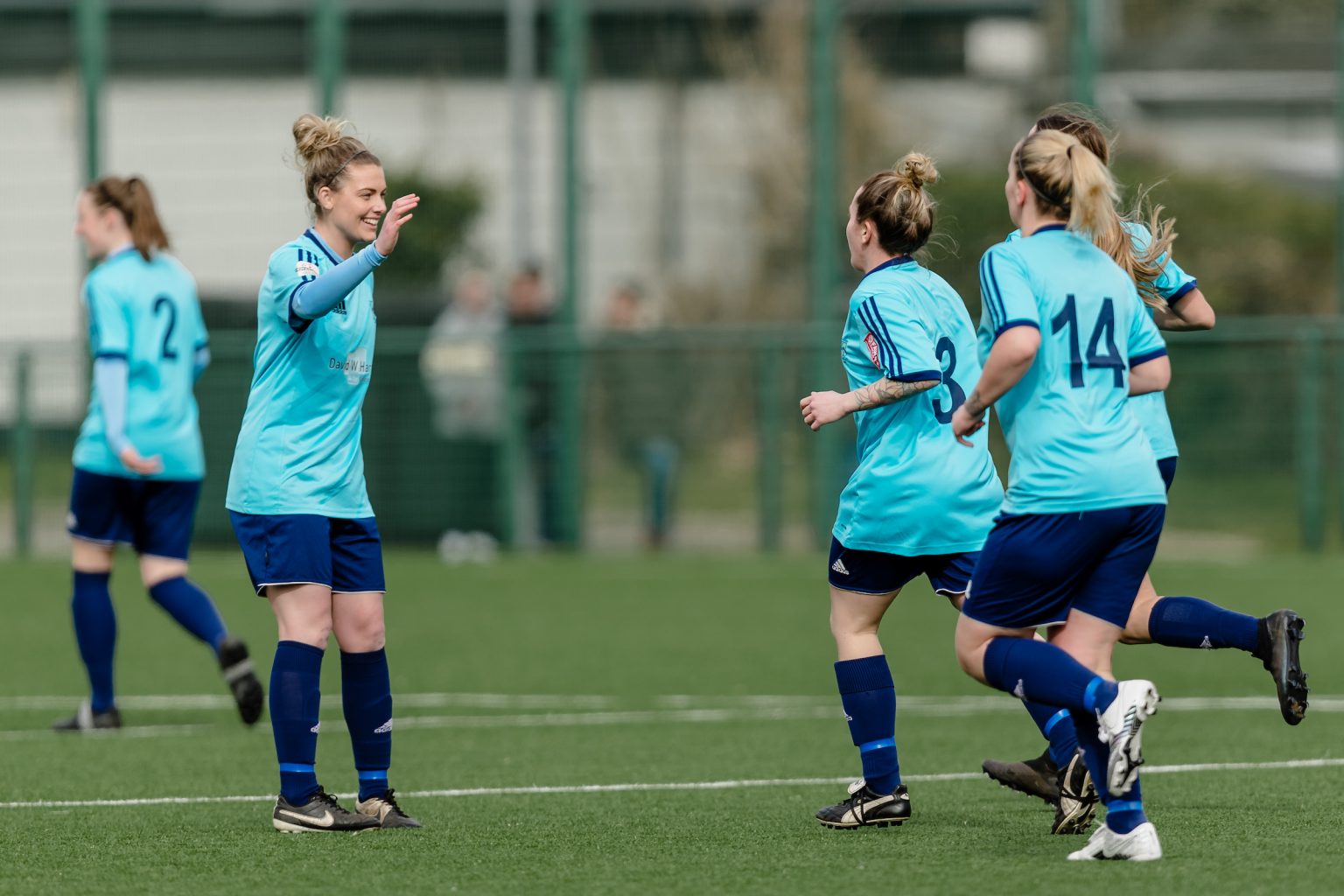 The return of the Orchard Welsh Premier Women’s League saw joint-leaders Cardiff Met and Swansea City maintain the pace at the top of the table.

The WPWL’s top-two sides picked up where they left off with convincing wins as the league resumed on Sunday, with its first weekend of fixtures since being suspended in December.

Two goals either side of half-time wrapped up a comfortable 4-0 win for Cardiff Met at Briton Ferry.

Robyn Pinder and Erin Murray put Cardiff Met ahead in the opening half-hour as the visitors quickly found their groove. Ellie Preece struck twice in the closing stages to wrap things up for the students.

Chloe Chivers’ strike separated the two sides at the break before the Swans rallied in the second-half, as Stacey John-Davis scored four times without reply to make it five wins from five.

Mali Summers netted twice from the penalty spot against Cardiff City after Amy Thrupp’s opener. Lyndsey Davies then added a fourth, with Cardiff finishing with 10 players.

Laura-May Walkley put visiting Port Talbot ahead in the opening stages before Hollie Williams’ own-goal extended their lead. Chrystalla Moreton halved the deficit for Cascade on the hour mark before Courtenay Thomas fired in a third for Port, three minutes from time.