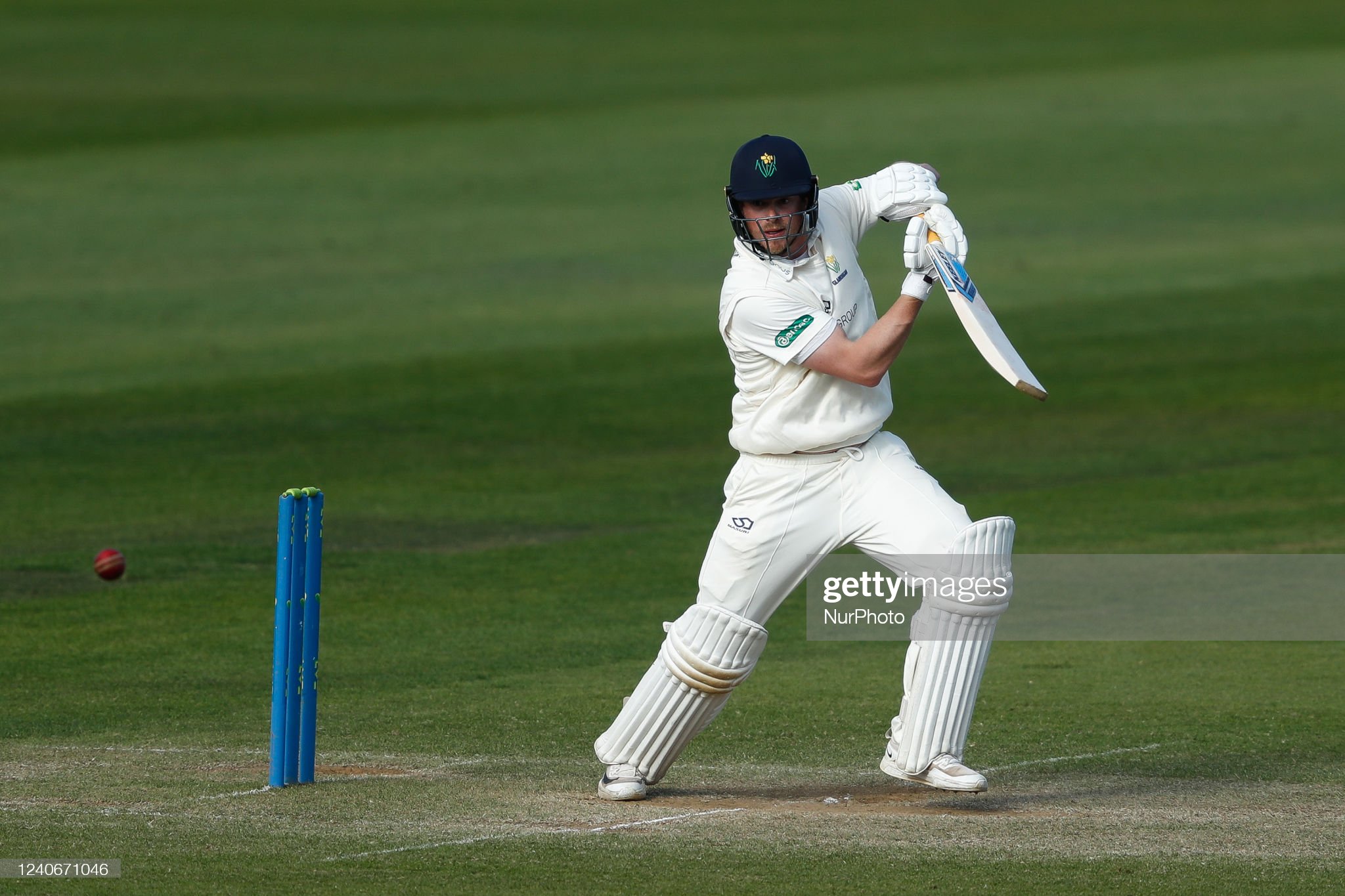 Matthew Maynard insists Glamorgan are still reaping the rewards of a positive approach to their County Championship campaign despite their latest defeat.

The Welsh county lost by 58 runs to Durham in a match they looked well placed to win at the start of the final day.

Instead, they were bowled out for just 137 with England Test hopeful Matty Potts taking 7-40, to leave Glamorgan in third place in Division Two with two wins, two defeats and two draws from their opening six matches.

“We’ve had two bad sessions with the bat or very good bowling [in six games] – Middlesex at home and the final day against Durham,” said head coach Maynard.

“Apart from that I’m delighted with it because we’ve improved as a group, we’re playing tough cricket and we could have been close to winning four.

“I thought they bowled brilliantly, the wicket was a bit up and down, and the way Matty Potts and Brydon Carse bowled today alongside [Ben] Raine and [Chris] Rushworth, they gave us nothing.”

Matty Potts is doing the business again for Durham.

He currently has figures of 5-31 as Durham push for victory on the final day.

He was in breathtaking form and took five wickets on final day, having previously claimed two in the evening session of day three, ending the innings with 7 for 40 and match figures of 11 for 101.

Glamorgan were to rue a collapse from 65 for 2 to 137 all out in pursuit of their victory target that began when Marnus Labuschange was out from the penultimate ball of day three.

Once Potts made inroads in the early overs of the final morning, the momentum as truly with the home side.

The England hopeful blew away their resistance that should surely put him on the path to be included in team-mate Ben Stokes’ first squad as captain.

More importantly for Durham, it ended a run of five matches without a win in the County Championship to propel them up into fourth place in Division Two.

Durham required a fast start to put the pressure on the visitors. Potts answered the call for his team, producing a vicious bouncer that caught the glove of Kiran Carlson.

Carlson was not thrilled with the decision, but Alex Wharf raised the finger.

Potts then prised out Sam Northeast, who had looked comfortable at the crease. Scott Borthwick initially spilled the catch, but managed to clamp his legs together to claim the ball at the second attempt to send Northeast on his way for 26.

Potts made way after his initial burst, but Brydon Carse ensured that the intensity from the hosts did not wane.

He bowled with pace and accuracy after struggling in the first innings.

An array of short-pitch bowling ended Billy Root’s stay at the crease for 10 as he gloved one behind, attempting a hook shot that had brought him a boundary earlier in the over.

Sensing another opportunity, Borthwick brought Potts back into the attack for a short spell. The 23-year-old claimed his fourth five-wicket haul of the season when he pinned Glamorgan skipper David Lloyd lbw, who was batting at number eight after suffering an injury on day three.

Carse turned the momentum firmly in the favour of the home side when he found Chris Cooke’s outside edge before lunch, removing the last recognised Glamorgan batter.

Potts sensed blood in the water after lunch, and he drove his side over the line to claim career-best figures by dismissing Michael Neser with a brilliant yorker that caught the toe of the Aussie before clean bowling Michael Hogan to wrap up the victory, sparking massive celebrations from the hosts in the middle.

Potts played down the England chatter. His dream of a game at Lord’s was just Durham’s trip to the capital to face Middlesex on Thursday.

Durham have beaten Glamorgan to claim their first win of the season.

Matty Potts with 11 wickets in the match 👏#CountyCricket2022pic.twitter.com/NZI5LIJelF

“I’m looking forward to playing Middlesex to go to the Home of Cricket, I’ve only played there once with The Hundred,” he said. “It will be nice to play a red-ball game there to see what it has to offer.

“As for the news articles about England I tend not to try and read them too much. It would be silly to read them and get too far ahead of myself. If you look too far ahead you can lose sight of what is in front of you.

“It would be a dream to be picked and obviously to play Test cricket is something I aspire to do, having previously just been a white-ball bowler. I feel I have a lot to offer in the red-ball game, hopefully I can maintain my form and we’ll see what happens.”