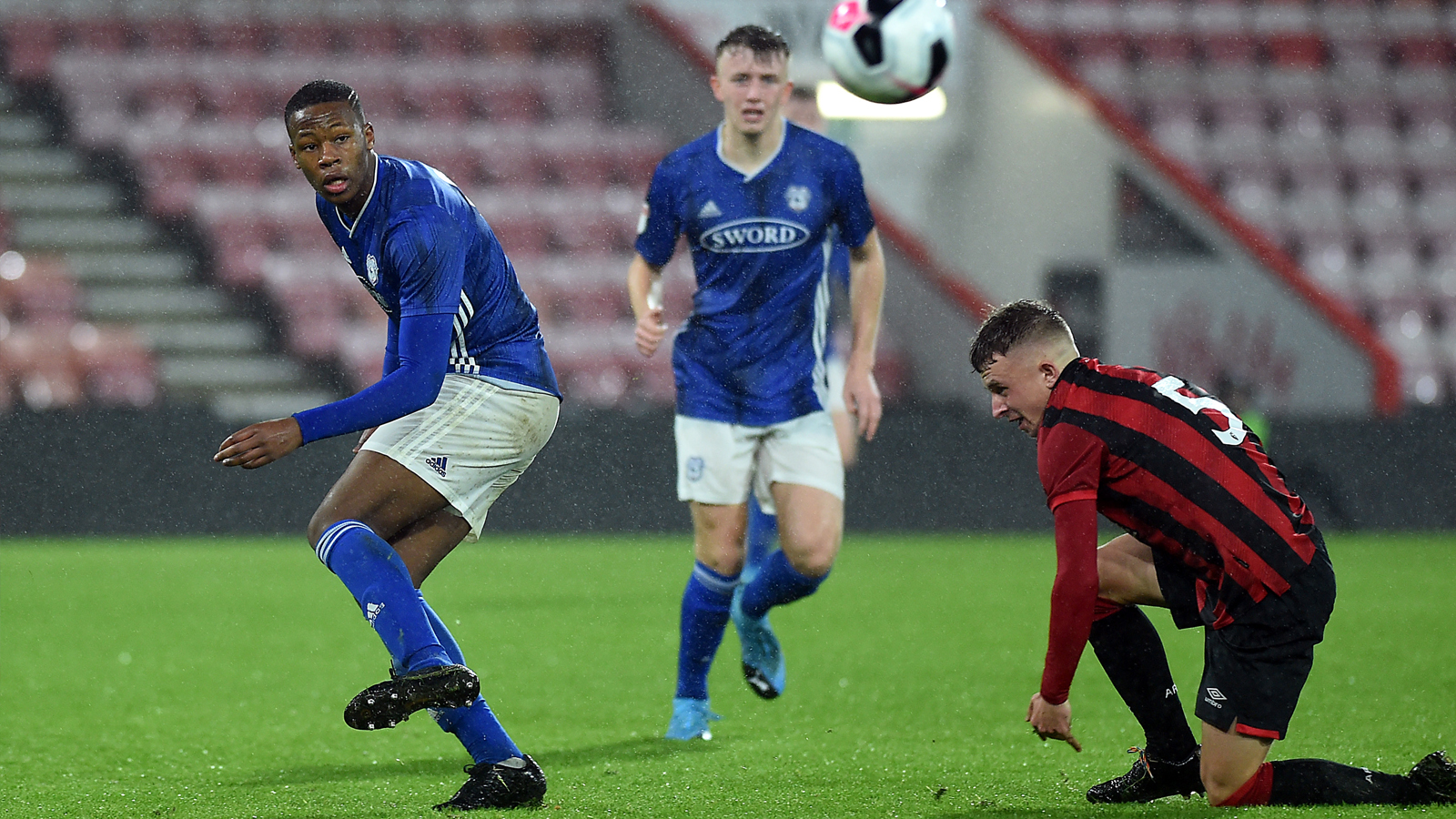 Left-winger Khavarn Williams, a 16-year-old who was born and raised in London, sent Cardiff City crashing out of the FA Youth Cup at the Vitality Stadium in Dorset.

Williams, who has Jamaican parents and is nicknamed ‘Varny’ by team-mates, joined the Cherries Academy from Fulham and his 24th minute goal earned the home match against Millwall in the last 16.

That was the high spot for Williams, who went off injured a few minutes later. Bournemouth also had Luke Pardoe, who returned to Bournemouth this month after a loan spell at Southern Premier club Poole Town, sent off on a straight red card for a challenge on Taylor Jones with 10 minutes left, but the home team held on for victory.

Bluebirds coach Matthew Bloxham made four changes to his starting line-up from the previous fixture, a 3-2 Professional Development League defeat against Millwall, with Sam Parsons, Eli King, Isaak Davies and Ntazana Mayembe all called up.

Bournemouth first team manager Eddie Howe watched the youth fixture, which was played in torrential rain and swirling winds, and Cardiff produced a battling, spirited away performance in an evenly contested clash.

Isaac Davies went close for Cardiff with a shot that ‘keeper Plain parried, while Siyabonga Ligendza shot wide from an acute angle.

Both were saved by goalkeeper Plain, who was relieved when he could only parry Evans’ second effort and Ligendza fired the loose ball wide.

City were dominant and substitute Rubin Colwill had a shot from 18 yards saved.

Pardoe’s red card gave Cardiff new hope, but the 10-men of Bournemouth held on to win the tie.

City were left frustrated. Davies went through one-on-one only to see his attempted chip saved, while Plain almost gifted Cardiff a goal when his attempted long clearance was fired straight at James Crole.

The ball hit Crole and bounced towards Bournemouth’s goal before the ‘keeper chased back to collect before it could cross the line.

It was a disappointing result for Cardiff because they have a category two academy, while the home team are category three.

Cardiff’s next PDL youth fixture is against Colchester United at home on Saturday, January 25.