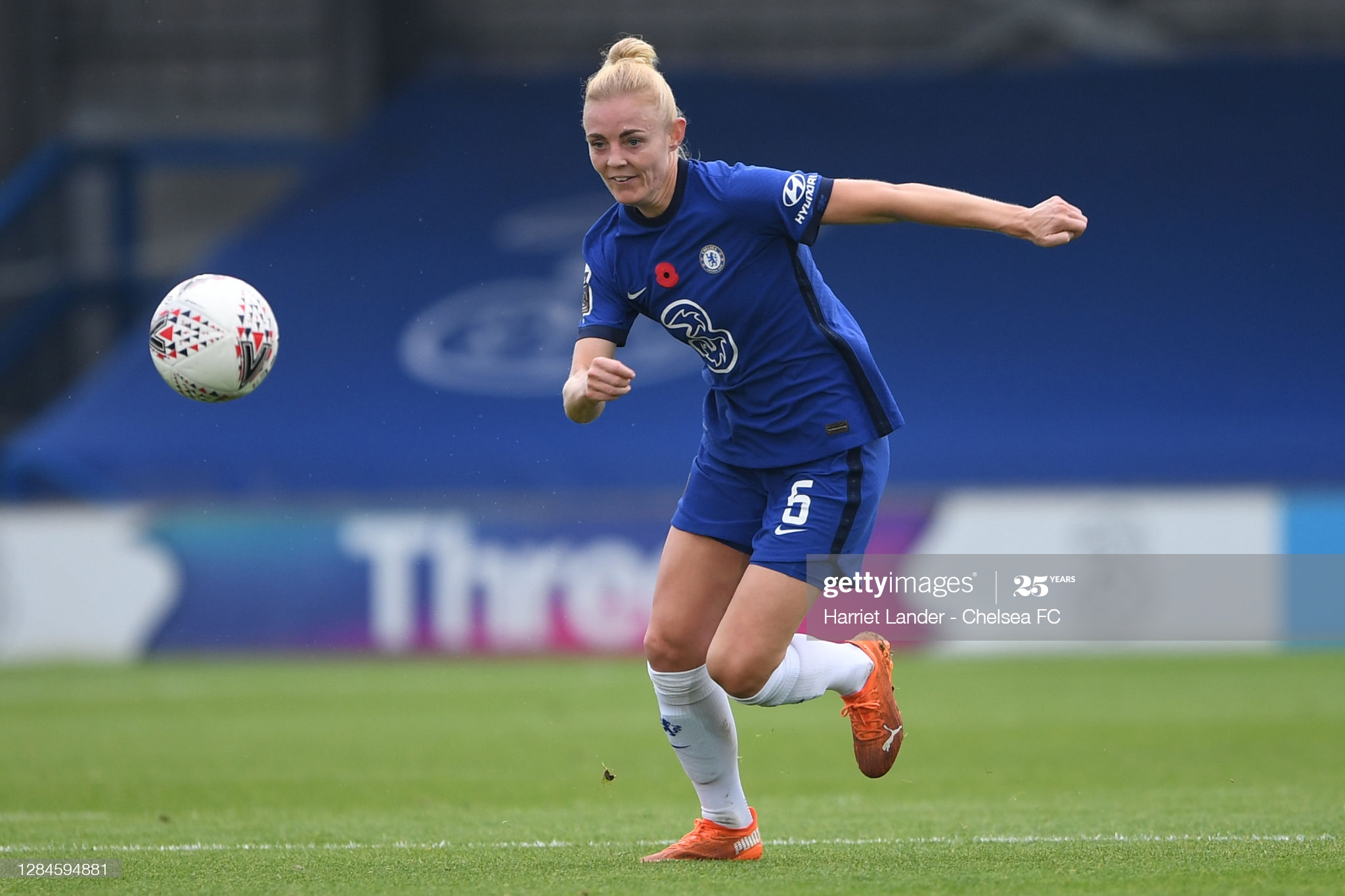 The futures of Wales captain Sophie Ingle and goalkeeper Poppy Soper have been thrown into doubt by the financial crisis threatening to engulf Chelsea.

Both Ingle and Soper play their club football at the Women’s Super League champions who have been thrown into turmoil by the UK government’s decision to sanction Chelsea owner Roman Abramovich.

The decision to freeze the Russian oligarch’s assets – because of his close links with Russian President Vladimir Putin – means both the men’s and women’s teams at the club are equally affected.

Ingle, 30, has been with Chelsea for four years and would have been anticipating what could prove a memorable 2022 with World Cup qualification on the line with Wales and more domestic and European honours to contest with her club.

Instead, she and Wales No.2 keeper Soper – who is on a joint contract at Chelsea with Plymouth Argyle – have been left with an uncertain future.

Speaking after their 4-1 victory over West Ham in the Women’s Super League on Thursday evening, Chelsea manager Emma Hayes described the developments earlier in the day as a “big moment” for Chelsea but also called for patience from all associated with the club.

“We’re aware of the things that are going on – we read, we watch television,” the manager said.

“You know, there’s bigger situations. And yes, today is a big moment for the club. But I believe in giving both sides the time to get it right going forward.

“I think it is important for the players, the staff, the fans to be patient. Let’s sort through that. And hopefully that process won’t take too long.

“I said to the players, our job is to do what we’ve always done and they’re the only things that I can control.

“So, it’s not difficult to focus on that because we’re doing something we love. And yes, there’s uncertainty. I think preoccupying our minds too much with that is only going to add to it.

“So, I don’t let it consume me to be honest with you. I just try to get things right from game to game.”

Abramovich, who had been under scrutiny following Russia’s invasion of Ukraine, announced he was selling the Premier League club last week.

That process is now on hold, leaving the west London club, ranked by Forbes as the seventh most valuable in world football, in a state of limbo, operating under a special government licence.

The UK government said in a statement,”The licence is a safety net to protect the sport, the Premier League, the wider football pyramid down to the grassroots game, loyal fans and other clubs. It will deprive Mr Abramovich of benefiting from his ownership of the club and mean he cannot circumvent UK sanctions,”

The Russian bought the club in 2003 and his investment resulted in the most successful era in their history as the men’s team won five Premier League titles, five FA Cups and the Champions League twice.

His purchase of the club helped transform the landscape of English football with Chelsea breaking the stranglehold of Manchester United, Arsenal and Liverpool.

Abramovich had funded Chelsea via £1.5 billion in total loans through Fordstam Limited, the entity through which he owns the club.

In their most recent accounts in December, Chelsea, who reported post-tax losses of £145.6 million for the year ended June 30, 2021, said they were “reliant on Fordstam Limited for its continued financial support”.

Yet now there is a huge question mark over the club’s future.

The licence allows exemptions to the asset freeze restrictions, in order to allow the club to fulfil their fixtures.

Chelsea, who are third in the Premier League and in the last 16 of the Champions League, will be able to play their games and broadcasters will be permitted to show their matches on television.

Only fans who have already purchased tickets or who have season tickets will be allowed to attend matches, the government said, while no new merchandising sales will be permitted.

The club shop has put up a notice saying it is closed due to the latest government announcement.

The club will not be able to enter into transfer deals for new players or receive money for selling existing players — effectively a transfer ban.

However, the club will be able to continue paying the wages of all employees, including their playing and coaching staff.