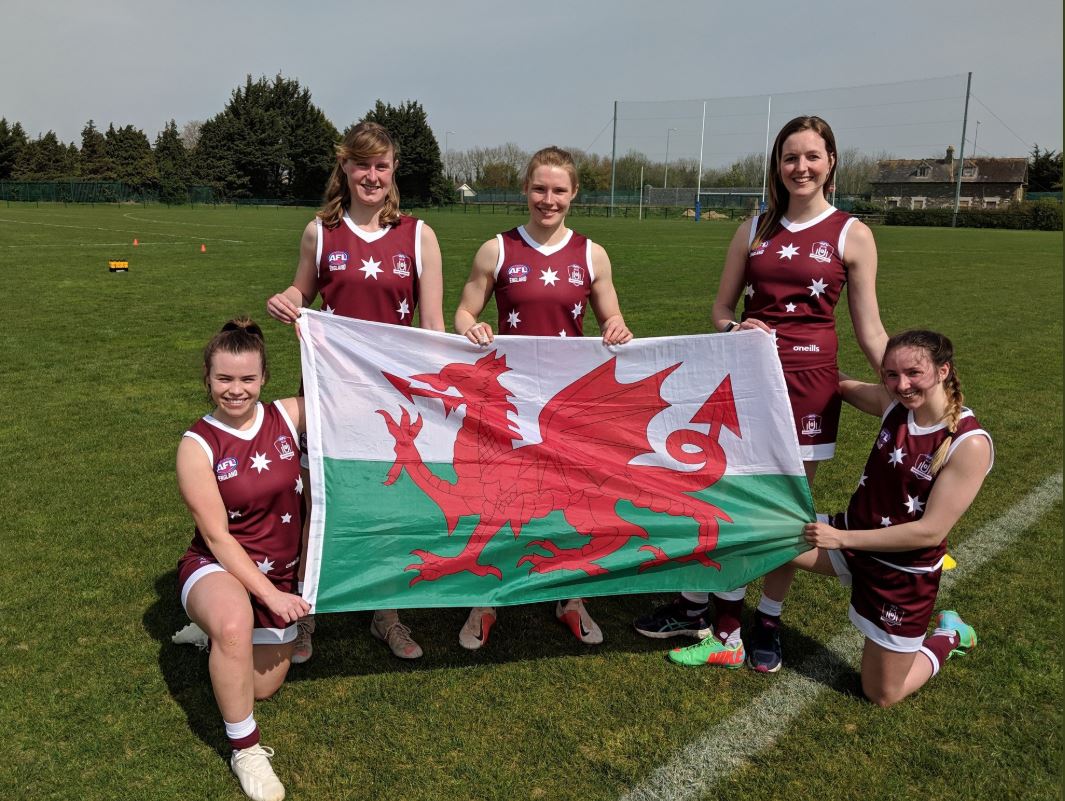 Six Welsh players have been named in the Great Britain women’s Aussie Rules squad to compete at the European Championships later this year.

The healthy contingent reflects the progress made by Wales – called the Welsh Wyverns – in the women’s game following their recent sixth-placed finish at the Euro Cup in Sweden.

Two places in the 28-strong GB squad – known as the Swans – have been left open and could yet by filled by Welsh players.

Carissa Turner, Ellie Moss, Jenny Green, Jen Taylor, Martha Williams and Nicole Hagan have all been included for the Championships which are taking place in Motspur Park and Wimbledon Park in London between October 9 and 12.

Moss is currently based in Canada but played for Wales at last year’s Euro Cup in Cork.

The other five – who all play for the Cardiff Panthers club – were chosen to represent England and Wales at the inaugural NUL All-Stars v Irish Universities match in Dublin earlier this year.