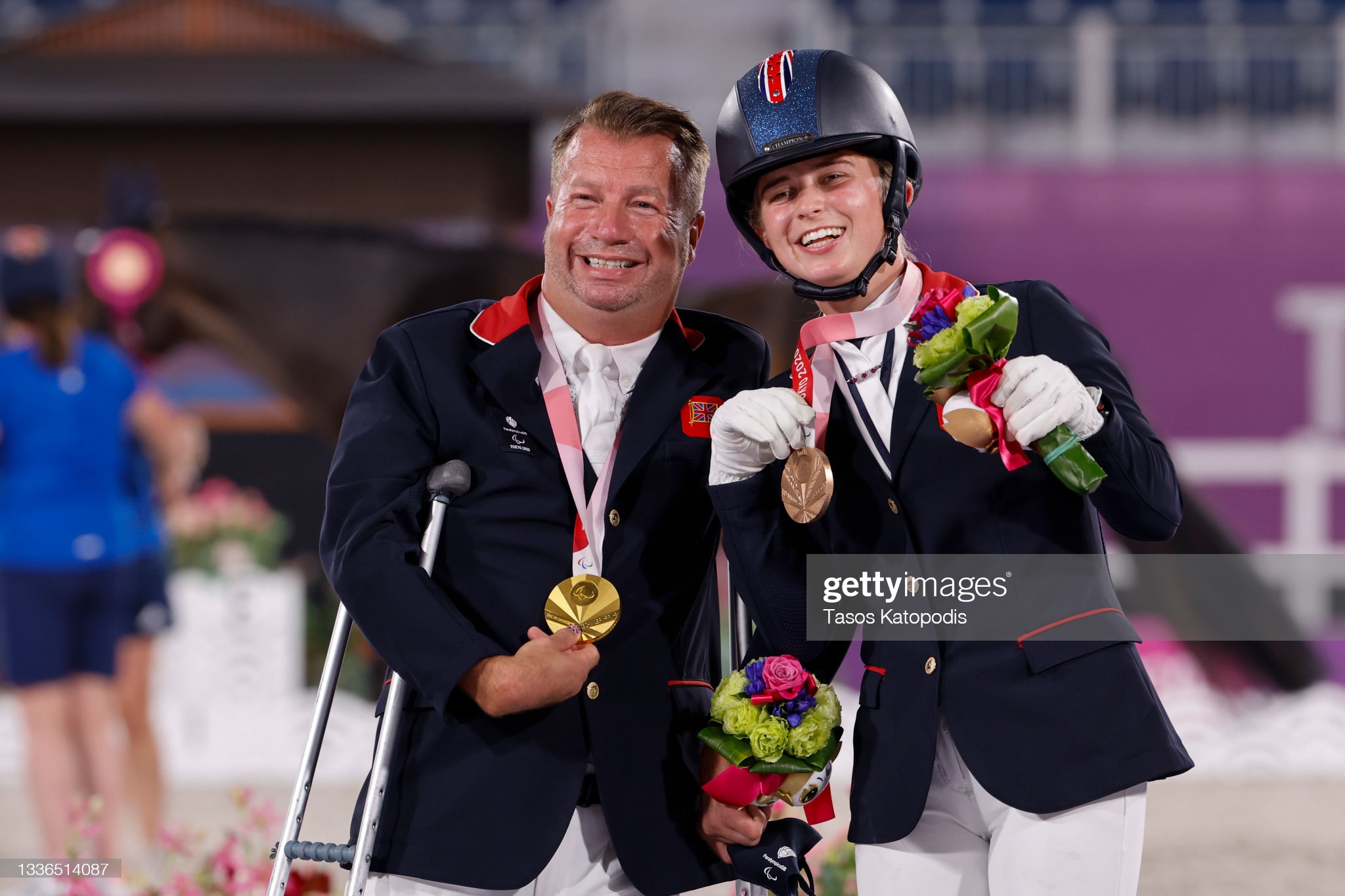 Georgia Wilson has vowed to gain more inspiration from Lee Pearson after she became the first Welsh medal winner at the Tokyo Paralympics.

Wilson – riding Sakura – finished in an impressive third on her Games debut with 72.765 per cent, just two weeks after a late call-up to the squad to replace Sophie Christiansen.

“I didn’t really think about it,” she said afterwards.

“It was nice watching Lee, and to be on the podium with him is just one of those amazing things that not many people can say they’ve done.

“It’s nice to compete against him, and it’s nice to be in the same class as him and try to get to his level, and hopefully try and be a bit better one day.

“It’s definitely healthy competition, and it makes you want to give that extra little push to keep improving.

“It will make you a better athlete in the long run. He’s very funny, so he takes all the pressure off.”

Wilson burst onto the scene at the 2019 European Championships where she picked up two silvers and gold in the freestyle competition.

The 25-year-old has cerebral palsy and started riding at the age of two after her mum was advised it would help with her balance.

She was a late call up to the GB squad after eight-time Paralympic dressage champion Sophie Christiansen had to withdraw when her ride, Innuendo III, suffered a veterinary issue.

Wilson added: “It was a big surprise. But obviously because I was reserve, I knew I was in the line if something went wrong, that I was next up.

“So, I got prepared. When I heard the news, it didn’t really sink in.”

🥉BRONZE for Georgia Wilson on her debut at the Paralympic Games! A beautiful ride on Sakura… thoroughly deserved!

Pearson, 47, who won his first gold medals 21 years ago in Sydney, was the 11th of 12 riders to go and scored 76.265 per cent on his home-bred horse Breezer to win by a comfortable 2.824 from long-time rival Pepo Puch of Austria.

Wilson took third and admitted: “It wasn’t expected. I wanted to take a medal home, but I didn’t tell anybody, and I didn’t really go into it thinking it would happen. I can’t explain it.”