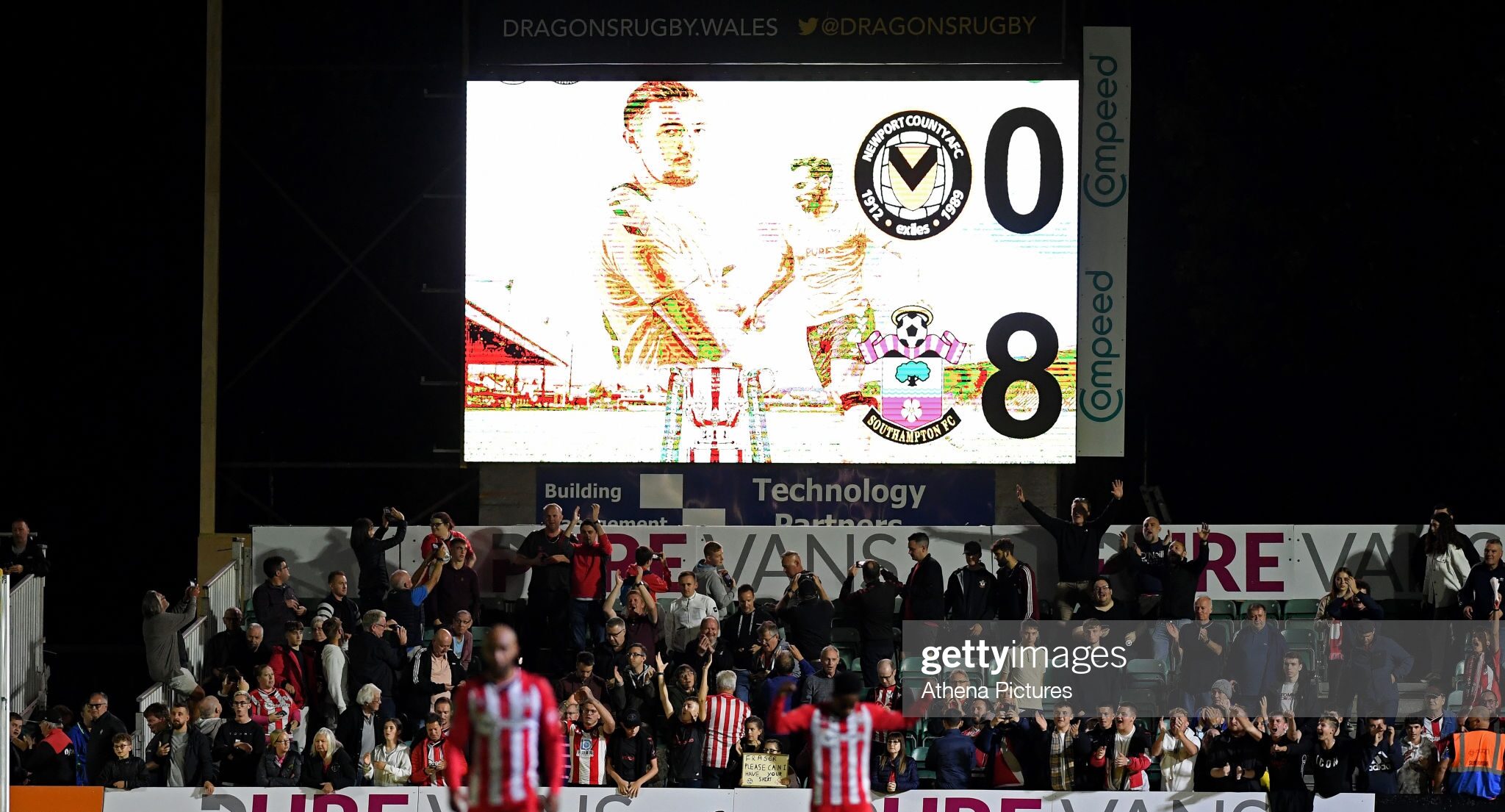 Wayne Hatswell insists Newport County will quickly put their heavy defeat to Southampton behind them, as they now aim to claim successive league away wins when they take on Salford on Saturday.

The Exiles who lost 8-0 to a ruthless Southampton team, welcomed a full crowd back to Rodney Parade on Wednesday evening for the first time since the pandemic began.

Hatswell will also take charge of the side on Saturday before Michael Flynn returns from his coronavirus isolation next week.

He says the result won’t knock his side’s confidence.

“It was a harsh lesson,” explained Hatswell.

“When they get chances they are clinical in what they do, but playing Southampton is not going to define our season.

“We’ve got a really big game coming up against Salford now and that has always been in the back of our minds.

“We’ve been able to get a rest into some players and we were mindful that Saturday is important as well.

“It’s not going to take anything out of us mentally, we’ve got to forget about it,” stressed Hatswell.

“I expect them to do exactly that, we will prepare for Salford and that’s our next challenge.”

After the opening day win over Oldham Athletic, County made 11 changes for the victory over Sky Bet League One side Ipswich Town in the first round of the competition.

Nick Townsend, Aaron Lewis, Louis Hall, Chris Missilou and Timmy Abraham all helped County pull off a shock result at Portman Road and were brought back into the side for the visit of the Saints.

And Hatswell says they warranted an opportunity against the Premier League side after claiming a scalp against the Tractor Boys.

“We played well at Ipswich and some of them that played there were rewarded against Southampton,” said Hatswell.

“They deserved a chance against a Premier League team in the next cup fixture.

“We’ve been mindful of the weekend, we have to move on now and forget about it quickly.”