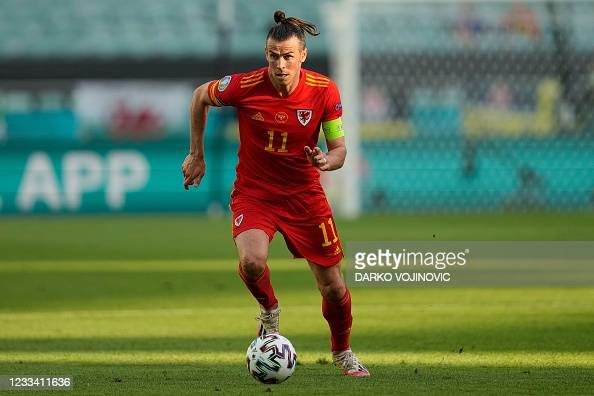 Gareth Bale during the UEFA EURO 2020 Group A football match between Wales and Switzerland at the Olympic Stadium in Baku. Pic: Getty Images

Wales’ chances of being part of a successful bid to host the European Championship is six years’ time have improved – thanks to Italy.

The Italians have indicated to UEFA – European football’s governing body – their interest in hosting the 2032 European Championship, the Italian Football Federation (FIGC) said on Monday.

The news will come as a boost to the football associations of Wales, England, Northern Ireland, Scotland, and the Republic of Ireland who have agreed to focus on a bid to host Euro 2028.

Italy had originally planned to bid to host either Euro 2028 or the 2030 World Cup, but feel hosting the 2032 European Championship would provide a ‘wider time window’ to modernise the country’s stadium infrastructure.

UEFA said in December that countries interested in hosting either the 2028 or 2032 European Championships must confirm their bid by March.

The bidders will be announced in April while the hosts will be appointed in September 2023.

Cardiff’s Principality Stadium will be the only one in Wales to stage matches as part of the joint proposal, but that will not guarantee Wales automatic qualification as hosts.

UEFA have confirmed that if more than two countries submit a joint bid, automatic qualification as hosts will not be granted.

The five UK and Ireland associations have dropped plans to bid for the 2030 World Cup and will focus on the Euros following a feasibility study that analysed the economic impact and estimated costs of hosting major international tournaments.

The decision, said FA chief executive Mark Bullingham, was also down to uncertainty over the future frequency of the World Cup with FIFA proposing the tournament is staged biennially rather than quadrennially.

European associations and UEFA oppose the idea, which could have ramifications for any bid seeking FIFA’s approval.

“The positive impact that this will have on Wales as a whole is immeasurable and will leave a long-lasting legacy.”

“We have a saying in Wales, ‘gorau chwarae, cyd chwarae’, which is together stronger, and bringing five nations together in UEFA is quite special.

“That’s almost a 10th of the UEFA membership, which is 55 members, so it’s an extremely strong bid.

“We know from the feasibility studies we’ve got a great chance of winning this. We are really confident going into this that this is the best bid out there.”

“We are in regular dialogue with the Welsh government. We’re talking to them daily and it’s going very positively towards them supporting fully this bid for Euro 2028.

“The Principality Stadium I think is the second biggest stadium in the UK and we are working very closely with the WRU [Welsh Rugby Union] and the Welsh government to ensure that it’s perfect for Euro 2028.

“We don’t have any other live conversations about other stadia in Wales.

“The Principality, with the sheer size of it, was a very successful host of the Champions League final between Juventus and Real Madrid back in 2017, which was a magnificent occasion. We look forward to many more of them in 2028 and bringing the Principality Stadium to the world.”