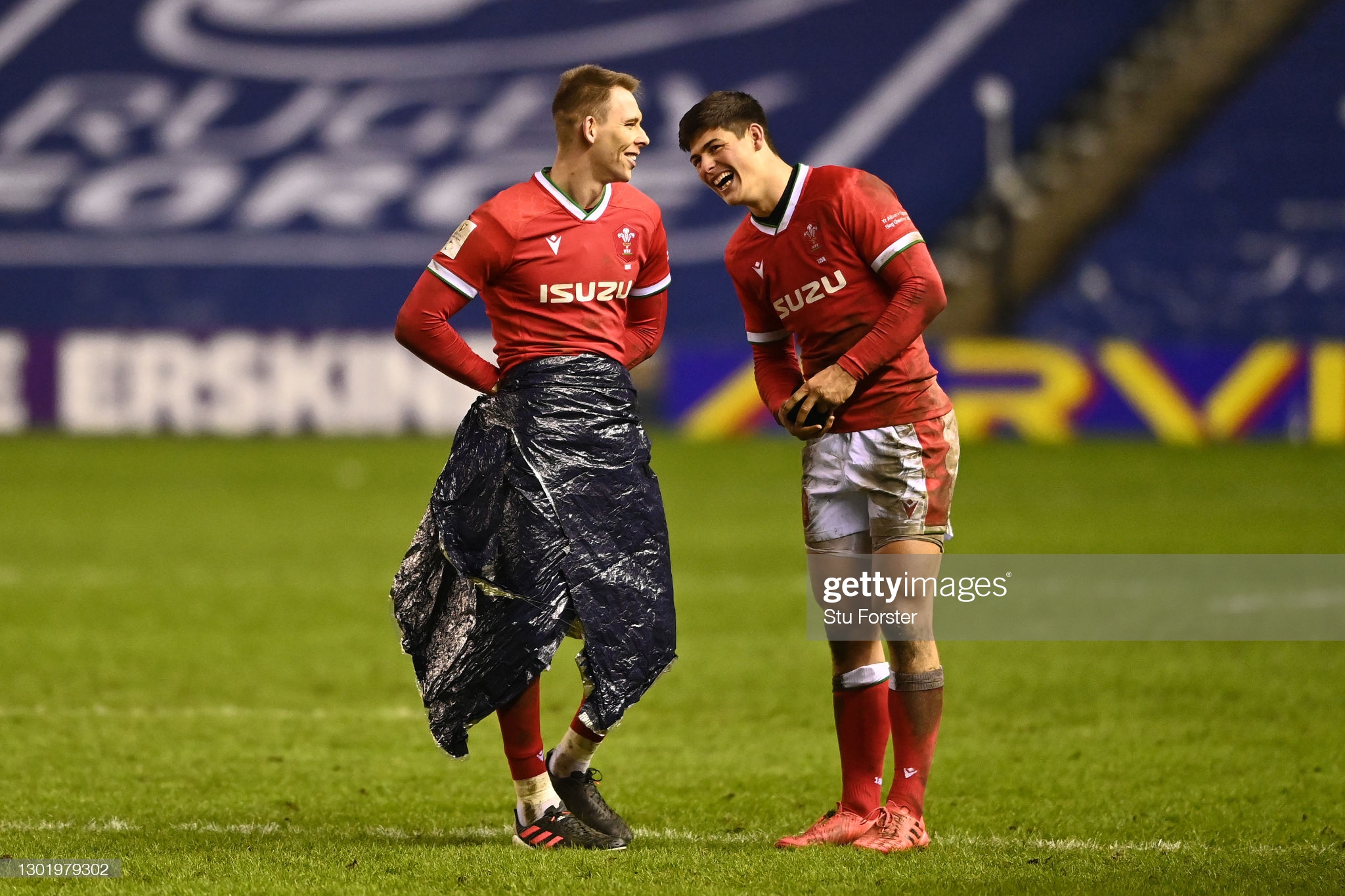 The beaming smile on the 20-year-old’s face said it all.

Louis Rees-Zammit is a young man living out his dream. With him in their side Wales are two from two in the Six Nations and on course, somehow, for a Grand Slam.

There is no doubt Wayne Pivac’s team has had the rub of the green so far in their back-to-back wins over Ireland and Scotland. Both Wales’ opposition have, crucially, lost men to red cards.

But at the same time they have unearthed a rare talent in Rees-Zammit who admits he is now excited by the prospect of sharing the Six Nations stage with his fellow box-office entertainer Jonny May.

The Gloucester team-mates are set for top billing when Wales host England in a fortnight’s time, having already left a lasting impression on this season’s tournament.

Rees-Zammit has scored three tries in two games, including a brilliant solo touchdown that successfully completed mission improbable at Murrayfield as Wales fought back from 17-3 adrift to beat Scotland by a point.

“I did not see that coming at all – that was very special,” said Rees-Zammit.

“I am loving it. It means so much to me and my family. Hopefully I can do it again in our next few games. We’ve worked so hard as a group to try and get a performance and wins. We know it wasn’t pretty, but all that matters is getting the five points.

“The physicality and the speed of Test rugby is a lot different. When I first came into camp for the last Six Nations it was a shock, even in training.

“I didn’t play, but in training I was blowing after five minutes!

“I am a lot fitter now. It’s all starting to come together. We’re not overly happy with our performances in the first couple of weeks so we’ve got a lot to work on.

“We’ll take that into the next week and the week after and build to England.”

Still looking like a sixth former who has got lost and ended up on a Test rugby field, Rees-Zammit is showing age is no barrier to success. He now has four tries in only six caps.

“That’s two out of two which is a great start to the campaign,” said Rees-Zammit.

“We’ve got England in two weeks which will be a huge game at the Principality. We’re going to be as motivated as ever to go into that game and try and get a win. The boys will be absolutely buzzing and we’ll go all guns blazing for that game. Hopefully, we put on a performance that gets a result.”

Not many burn Hogg for pace like that. It barely even looks like Louis Rees-Zammit is out of 3rd gear. pic.twitter.com/Snn4rkTGy8

And among the many mouth-watering head-to-head battles in store at the Principality Stadium, Rees-Zammit versus May is likely to set pulses racing like no other.

“I train with him every day and learn a lot from him,” Rees-Zammit said.

“It’s going to be interesting to actually play against him. I did in the autumn, but he wasn’t the opposite winger on that occasion.

“It is a bit different this time. It should be a good show. I am sure Jonny will say he is excited to play against me, and I am the same.

“Obviously, it’s a massive game. The boys will be absolutely buzzing, and we will go all guns blazing for that game.”

Victory for Wales – they have beaten England seven times from the last 10 meetings in Cardiff – would see them win the Triple Crown ahead of away matches against Italy and France next month.

And 20-year-old Rees-Zammit’s spectacular arrival on the international scene has given Wales boss Wayne Pivac another destructive weapon among three-quarter options that also include George North, Liam Williams, Josh Adams and Jonathan Davies.

It’s really top work from Nick Tompkins to take an attack that looked to be going nowhere and create the two-on-one out wide.

“When I first came into camp for the last Six Nations it was a shock, even in training,” added Rees-Zammit, who only made his Gloucester debut in April 2018.

“Obviously, I didn’t play, but in training I was blowing after five minutes! I’ve worked with the strength and conditioning squad and all the management, and I am a lot fitter now.

“The intensity is a lot different at international level, but it is similar players.”

Rees-Zammit’s Murrayfield masterclass left television pundits like Jonathan Davies and Jeremy Guscott enthusing about his quality, which was underlined by a stunning second try 10 minutes from time.

“I was calling for the ball nice and early as I saw there was a lot of space on the outside,” he said.

“Thankfully, Willis (Halaholo) gave it to me and I tried to use my gas to get on the outside of their winger.

“I did that and then saw there was no back-field (cover), which is always nice to see. It gives you that opportunity to put it (kick) through and try and get the bounce. It bounced up lovely for me.”

“We are nowhere near the finished article,” Rees-Zammit added.

The youngster may be in dreamland himself, but has told Wales fans not to think too big just yet.

“We’ve got a massive game against England and have Italy and France away,” he said.

“They’re going to be two big Tests. It helps getting the first two wins, but by no means does that win you the trophy. It’s head down now and hopefully we can put in a performance against England.”