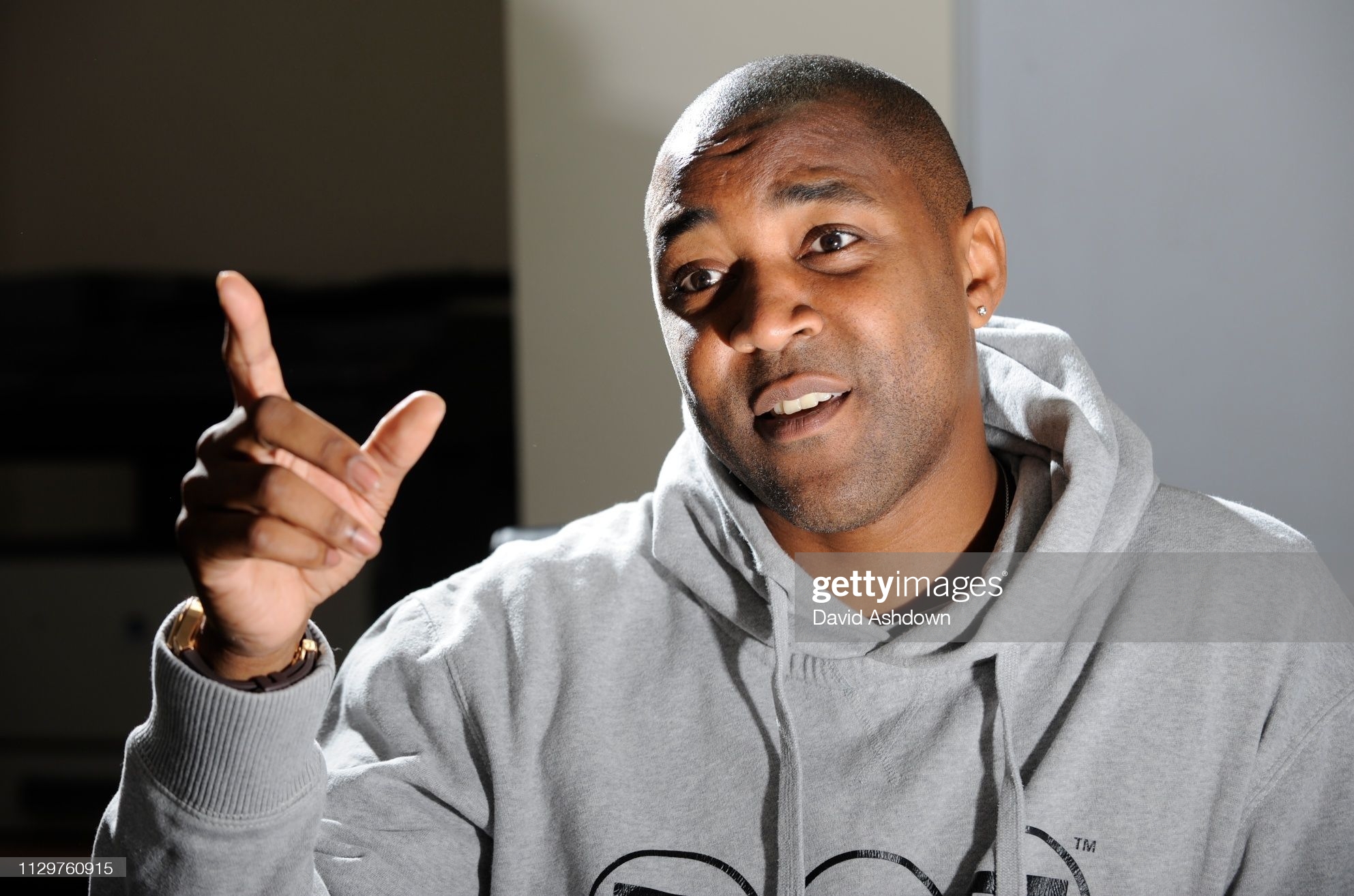 Darren Campbell has fears young talent may already have been lost from athletics because of the effects of Covid-19 restrictions. The Wales-based former Olympian tells Owen Morgan the sport must quickly find a way of opening up venues to more than just elite performers.

Olympic gold medallist Darren Campbell has backed calls for more athletes to be allowed to train on athletics tracks during the current lockdown.

A number of female Welsh athletes have spoken out about being harassed while training away from their normal environment.

Others fear many emerging talented athletes will be lost to the sport due to lack of access to facilities to train and meaningful competition.

The 2004 Olympic 4×100 gold medallist has called on restrictions to be relaxed in order for more athletes to be allowed to train in the safety of athletics tracks.

But Campbell – who found success after basing himself in Wales and who recently published a book detailing his own difficult road to the top – has also called on athletes to persevere and find innovative ways to carry on training while the restrictions remain in place.

“People are having to find different ways to do the work that they need to do,” he says.

“It’s difficult for the federations to make the right decisions.

“A lot of the restrictions have been put in place by the Government. So, as governing bodies, their hands are tied as to what they are able to do.

“It’s unfortunate that the Government has decided that it’s only elite sport that can carry on and I think it is a time where potentially we will lose a lot of athletes because they are not going to be able to do the training they need to do and that may cause depressions . . . get them down.

“I just think they need to try and stay as motivated as possible and see this as a time, almost like when you are injured and unable to train properly.

“I just think it’s important that you try and find new ways to train as much as possible but I don’t really know what can be done.

“I think it’s too big a situation, it’s bigger than all of us and we have to appreciate that we are in a global pandemic and unfortunately, at the moment, things have to be done differently.”

Campbell, 47, went on to become an Olympic gold medallist and European champion after leaving Manchester to move and train in Wales, following a period playing football for Cwmbran.

He details that decision to swap locations and then sports in his book, whilst also talking candidly about the seizure and bleed on the brain two years ago that left him in intensive care, before he eventually made a full recovery.

“From the comments I’ve heard people have really appreciated it,” says Campbell of his autobiography, Track Record.

“They’ve said that it’s been inspirational and that’s really what I wanted. I wanted to write something that really inspired people and motivated people.

“I wanted to tell people aspects of my story that people didn’t really know. To show that from adversity you can gain success.

“Obviously, these are difficult times for everybody. Staying motivated and inspired is important.

“I just wanted them to have a different perspective of their dad.

“It changed my life. One of the reasons I moved to Wales was because one of my friends had been murdered and I just really needed to get away from Manchester.

“At that time, I was around the age of 19-20 and I just feel that if I hadn’t made that change right then, I might not have been able to achieve the things I was able to achieve.

“At the time I had the opportunity to move to London or to South Wales and I just felt I needed to step out of my comfort zone, so I moved to a little town called Aberbargoed and I lived there with my coach Malcolm Arnold.

“They took me in. Definitely, moving to South Wales changed my life.

“I think sometimes it’s difficult to believe that you can achieve great things. I said to people when I was 12 or 13 years of age, that one day I would go to the Olympic Games and I was lucky enough to go to three and even more lucky to win a gold medal.

“I just want the book to show that anything in life is possible. It’s not about where you start, it’s where you finish.

“Sometimes in life you have to step out of your comfort zone if you really want to achieve the things that you have got set in your mind.

“There is no way I would have thought I would have ended up in a little town or village like Aberbargoed, but it ended up being a very important part of my story and my life.

“I just think it was calm, it was just a calm place. It was quiet little village. I think coming from a big city, you get engrossed in everything that goes on.

Quiz:
Which one of these two photos shows a “safe” place to exercise?

And this is not aimed at the facilities themselves, they have their hands tied by Welsh covid rules pic.twitter.com/KSfh8Txu3B

“A big city is fast moving but moving to Aberbargoed, everything just slowed down and it just created a calmness around me and I think at that time in my life I really did need calm.

“Malcolm Arnold was a massive influence on me, opening his home to me and allowing me to be a part of his family was immense.

“It helped me settle in and I will constantly be indebted to him and his wife for allowing me to do that.”

Having seen footballers return throughout the Premier League and Football League, Campbell  -who works as sprint coach consultant with a number of football clubs as well as a TV pundit – is convinced athletes below the very elite level, could do so, if a little more flexibility was shown.

“One of the  things I was lucky enough to do was to have access to a track no matter what. I was very fortunate that during my career even when the athletic stadium wasn’t open they would give us a key to access the track.

This whole thing is a madness, there’s legit like 3 of us running round the track at any one time if that, then you can stand in lidl looking at baked beans with about 20 strangers, doesn’t make sense🥴 well done @tombrownsport @WelshAthletics @HannahBrier98 for pushing this https://t.co/nOcblFcvMP

“I think having the athletes at least able to access the track would just make things safer.

“Once you are on the track it’s easy to social distance. The athletes would abide by that so I just think a lot of it is just trusting the athletes, they will abide by the rules.

“The athletes would do it because they understand how important it is to access the facilities and be able to continue the training they need to do.

“I definitely think something needs to happen where the athletes are able to access the track facilities.

“One of the biggest areas that has been affected is grass roots sports and I think we are in a situation where we have potentially lost a lot of very, very talented people because of the pandemic and I do think that it is important that we keep these people on board.

“As I say, I’m not sure exactly what can be done, but I don’t see a problem with having facilities open, especially the track.

“The athletes being able to access a track just seems so simple. It’s disappointing they haven’t been able to do that.”