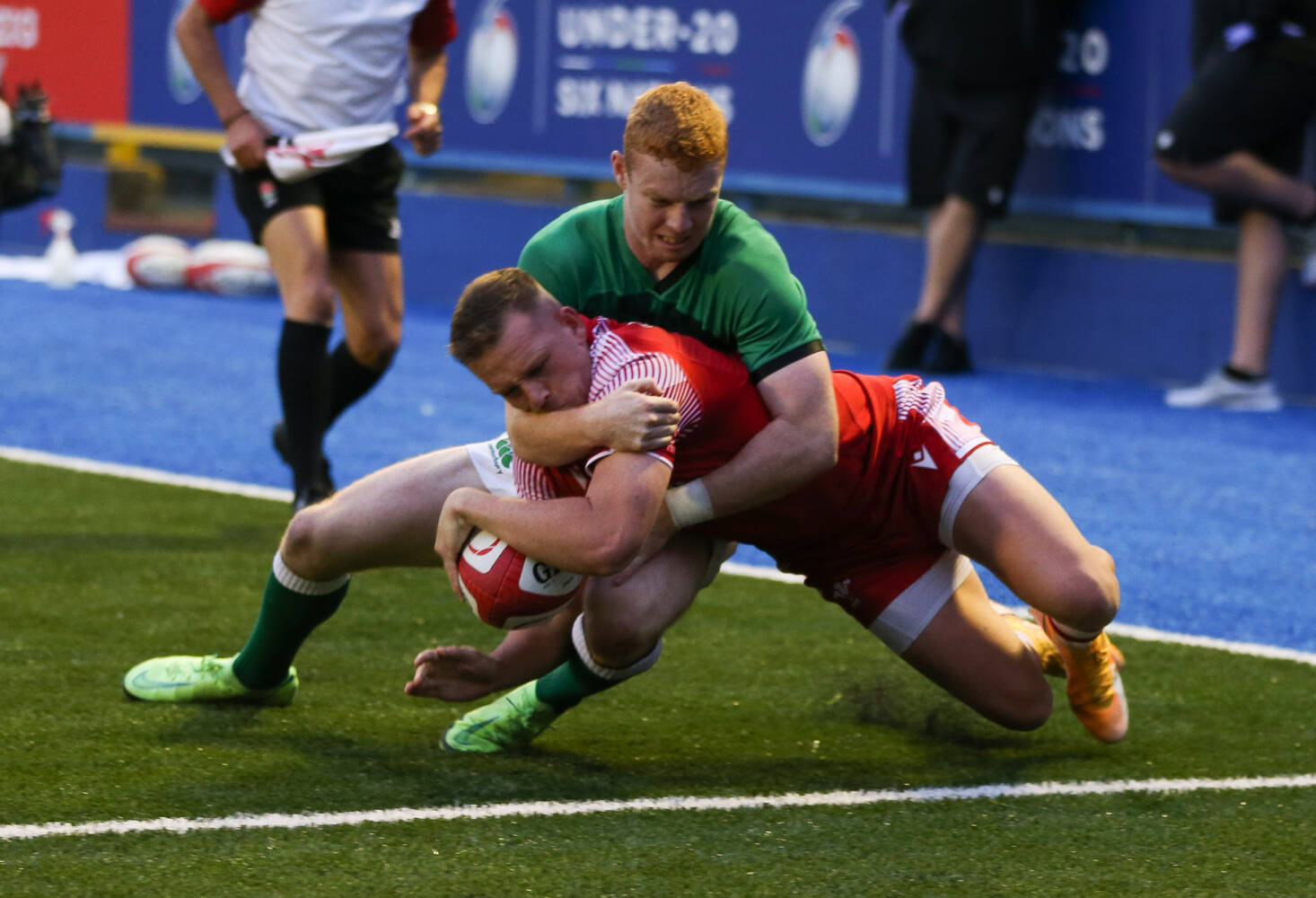 Wales were unable to make it back-to-back wins in the U20 Six Nations as Ireland ran in five tries in a dominant 40-12 victory at Cardiff Arms Park.

After starting with a victory over Italy, skipper Alex Mann’s side found the tournament favourites a much tougher assignment, although they did manage two tries themselves.

Wales knew they were going to be given a sterner test by last season’s Triple Crown winners and the Grand Slam champions from 2019.

Ireland started the game strongly with a lot of possession deep in the Wales half. For the most part Wales defended well, winning some clever turn-overs, but in the 14th minute Ireland opened the scoring off the back of a scrum when centre Cathal Forde ran hard and crashed over for a try that man of the match Nathan Doak improved..

The Irish then doubled their lead 10 minutes later through winger Chris Cosgrave, who found a gap in the Wales defence after receiving a pinpoint pass from Shane Jennings. He then had a clear run through to score at the posts.

Doak again converted and then added a penalty to make it 17-0. The closest Wales came to getting some points on the board in the first half was from the boot of Sam Costelow, who narrowly missed a long kick at goal.

Hugely disappointed with Wales U20 during home stuffing v Ire. V poor. Of deeper concern is Wales have been on wane at U20 level for a few years.

If wales had a mountain to climb at the start of the second half, their task became even greater when two minutes after the re-start Doak caught a Welsh box kick in his own half, beat the first chaser and then sped up the right touchline,. He swapped passes with the supporting full back Jamie Osborne and scored in the left corner.

Wales needed a reaction and skipper Mann provided it as he crashed over from close range to make it 22-5.

Doak pegged Wales back again with another penalty before Ireland lost Shane Jennings to the sin bin for not rolling away during a positive Wales attack.

A now resurgent Welsh team made the most of their one-man advantage by scoring their second try of the game.

Sadly Wales U20’s were comprehensively outplayed by Ireland. Ireland were better organised, better coached (forgotten how many times I’ve said that!) Wales tried to drive the LO & kick the ball up in the air. Wales tried hard until the end. That’s the only positive!

Carrick McDonough was worked over in the left corner and Costelow added the extra points to reduce the gap to 13 points.

Wales then frustratingly conceded a penalty in a kickable position and up stepped Doak to add three more points.

The Irish then finished with a flourish as replacement Daniel Okeke went over for the bonus-point try before skipper Alex Kendellen scored the fifth from a driving line-out and Doak completed the job with another conversion.