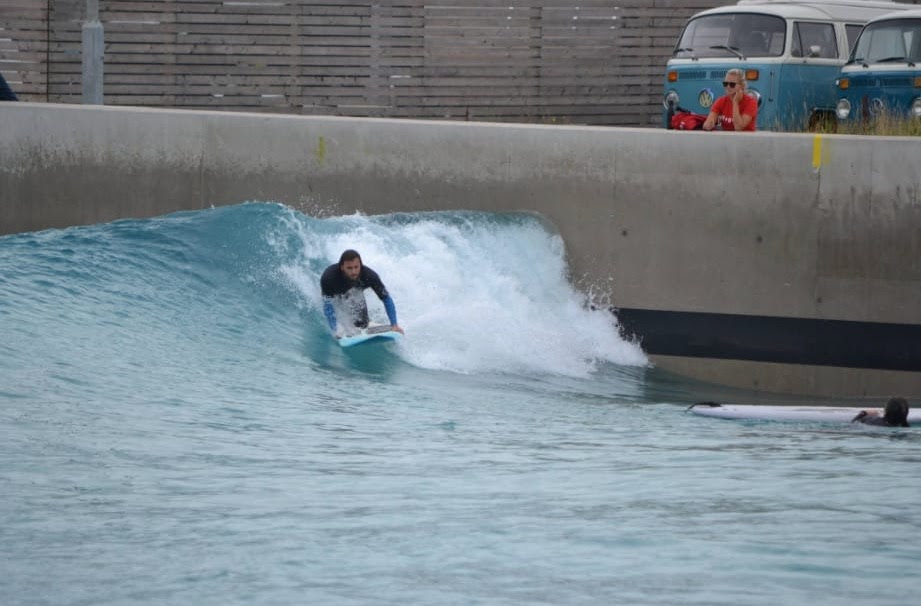 Llywelyn Williams and Isaac Heaher will represent the Wales Para Surfing Team at the ISA Para Surfing World Championships in Pismo, California (6-11 December) which is the sport’s biggest and most prestigious tournament attracting the world’s best para surfers to compete and display their talents in a Paralympic-style competition.

Both Williams and Heaher will compete in the highly competitive Men’s Kneeling Division and travel to the event with a great chance of achieving medal success.

Williams is a seasoned competitor, having competed in four previous world championships – reaching the semi-finals in his first attempt in 2016, reaching the quarter-finals in 2017, winning bronze in 2018 and finishing fourth in 2020.

The 26-year-old surfs off the beautiful beaches of the Llyn Peninsula, near his home in Abersoch. He grew up surfing, but the sport also became an important part of his rehabilitation when, at the age of 16, he was hit by a car whilst skateboarding and he had to have a leg amputated.

Williams has since become one of the best kneeling surfers in the world and goes to the ISA Para Surfing World Championships off the back of winning the recent US Adaptive Open Surfing Championships.

Heaher will make his debut at the ISA Para Surfing World Championship.

He has twice competed at the English Adaptive Open, and whilst that takes place at the artificial Wave Bristol venue the California event will be his first competition in the open sea.

Although he competes kneeling, the 26-year-old from Swansea also sometimes surfs standing up wearing his prosthetic. He has been involved with Para swimming through competing and coaching, has surfed on and off for several years – and thanks to the excellent Surfability facilities at Caswell Bay Isaac now surfs more than ever.

Surfability was created eight years ago and has grown into the biggest adaptive surfing school in the UK.

Working with everyone from complete novices who have never been in the sea before right up to elite surfers, this year the Gower-based operation expects to welcome 800 people to the complex.

Surfing made its debut at the Tokyo Olympic Games earlier this year and it hopes to be added to the Paralympic Games in Los Angeles in 2028.

Until then, the ISA Para Surfing World Championships remains the pinnacle of the sport and the Wales Para Surfing Team has sent athletes to every tournament, bar the first one in 2015.

“Both Llywelyn Williams and Isaac Heaher are exceptional surfers, but I believe Llywelyn has also the competition experience to win gold,” says Ben.

“He is an exceptionally talented surfer – not just in adaptive surfing, but he can hold his own in any surfing competition.

“Llywelyn has come so close to winning gold before, but up against surfers who are much older than him he has only been edged out by tactics and knowledge of the sport and not by surfing ability.

“It is such a privilege to be an adaptive surfing coach because I get to work with a huge range of people. From people who have never been in the sea before right up to elite athletes.

“I have nothing but praise for the people who come and have a go at adaptive surfing and I’m constantly amazed how surfing takes away so many of the boundaries that people face in their everyday life.”

Williams, Heaher and Clifford will be accompanied by Toby Williams (Team Coach) who make up the Wales Para Surfing Team delegation at the forthcoming ISA Para Surfing World Championships.

The competition starts with two non-elimination heats, where a panel of judges will score the best two waves – marking things such as radical moves, balance, athleticism, difficulty of manoeuvre and the power of the wave. Surfers will then go through to the knock-out stages of the competition.