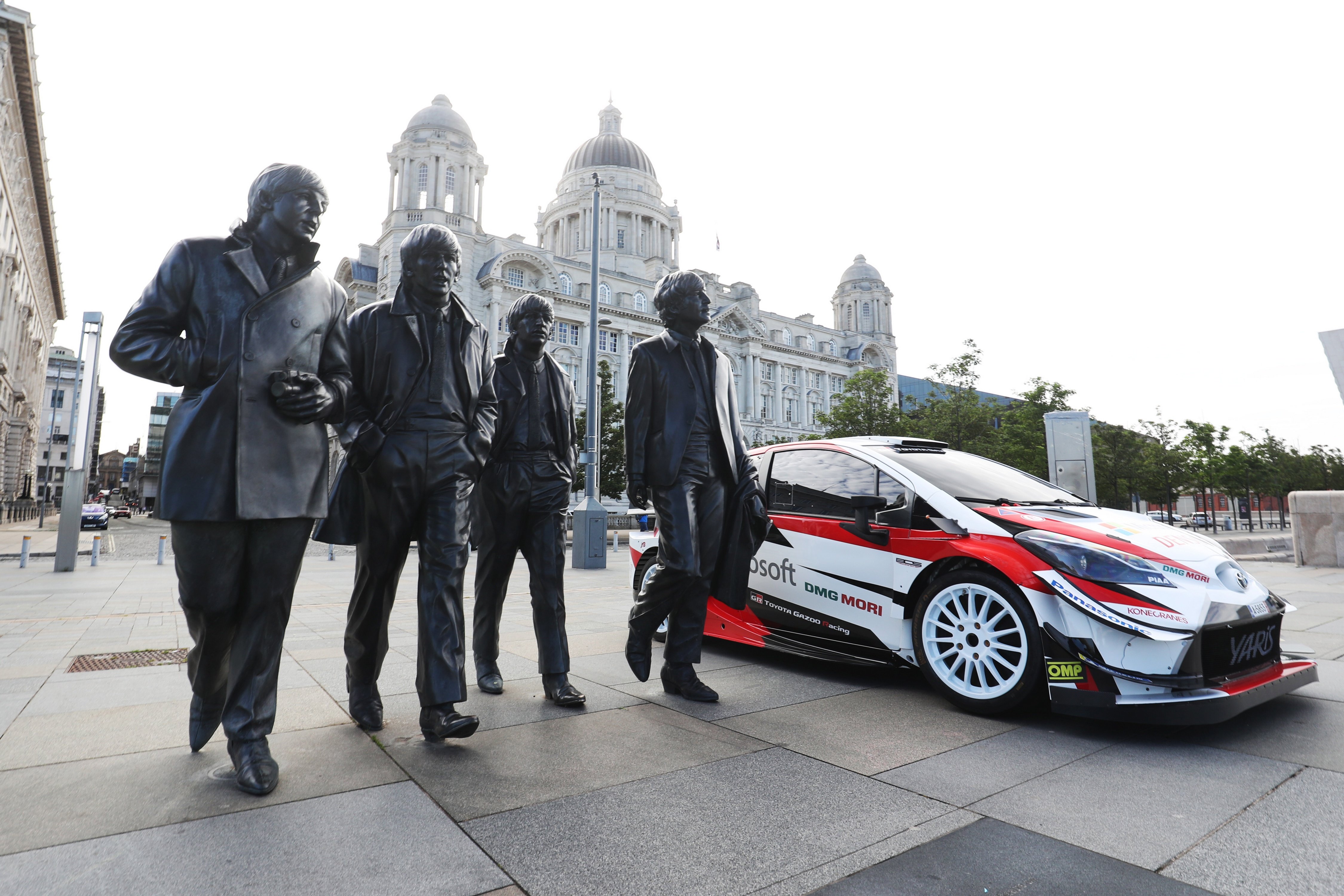 Wales Rally GB will start in Liverpool this year, it was confirmed at official launch

World Championship motor sport is coming to Liverpool with confirmation that this autumn’s Wales Rally GB (3-6 October) will set off from the city’s historic Waterfront.

It’s the first time Britain’s round of the FIA World Rally Championship has started outside Wales since 1999 and never before in 74 previous editions has Liverpool had the honour of hosting the event’s ‘grand depart’ Ceremonial Start.

All the cars and crews (around 75 in total) contesting the 2019 Wales Rally GB will assemble outside the iconic Royal Liver Building by 3:00pm on the afternoon of Thursday 3 October before being flagged away from the official podium ramp at one minute intervals from 4:00pm. Public admission will be free and a big screen and interviews with all the top competitors will add to the high octane atmosphere on the Pier Head.

Located adjacent to the Cunard Building and Port of Liverpool Building, the Royal Liver Building is one of the city’s famous ‘Three Graces’ which line the refurbished Waterfront and all three are part of Liverpool’s UNESCO-designated World Heritage Maritime Mercantile City.

Full details of the event’s Ceremonial Start were revealed today at the 2019 Wales Rally GB official launch presented at the British Music Experience (BME) in the Cunard Building outside which a Toyota Yaris WRC car was positioned on the starting ramp.

“Liverpool is the perfect city from which to start the 2019 rally for three simple reasons: this is the UK’s number 1 sporting city; we have a proud and rich motoring heritage here in the city and no other city in the UK puts on such a good show,” enthused Lord Mayor of Liverpool, Councillor Peter Brennan.

“We are proud and excited that such a prestigious event is bursting out of the forests of Wales to come to our city centre for the very first time.”

The Lord Mayor also took the opportunity to announce a special competition for school students in the region to design a unique flag to wave away the cars from the Ceremonial Start outside the Royal Liver Building ­– the specifics of this competition will be announced a later date.

As a north Wellian born in Ruthin and a former World Rally Championship winning co-driver, David Richards is passionate about these latest innovations. “I grew up alongside one of the forests so, for me, Wales is the home of rallying in Great Britain,” he effused. “That said, I’m every bit as excited about the Ceremonial Start coming here to Liverpool – in a way, it’s another homecoming for me as I used to come here every day for work as a teenager.

“There’s a great feeling about the city and I can’t wait for the World Championship to come here – they will really appreciate having the start right in the heart of this wonderful city before they all head off to Oulton Park and the Welsh forests.”

After leaving Liverpool, ­competitors drive straight to the Oulton Park circuit close to Chester for Thursday evening’s opening competitive Special Stage. Along with the Ceremonial Start in Liverpool, the curtain-raiser in Cheshire will provide fans on the English side of the border a rare opportunity to experience the fastest-ever generation of World Rally Cars racing against-the-clock.

“We haven’t had the World Rally Championship at Oulton Park since 1993 so we are really looking forward to having it back,” said Jonathan Palmer. “I’m a big fan of rallying and it’s going to provide our fans with something completely different. We have created a truly unique stage featuring parts of the circuit as well as some gravel sections and a water-splash. Being a permanent circuit we have great spectator facilities for families, too. We want all our visitors – whether fans of touring cars, bikes or historic racing – to come and see what an amazing sport rallying is. It’s going to be a truly spectacular evening.”

With Thursday’s activities and entertainment in both Liverpool and Oulton Park completed, the World Championship rally heads back to the rally’s new base in Llandudno for three days of spectacular against-the-clock action in the forests of mid and north Wales.

As well as being the 20th consecutive WRC event based in Wales, 2019 is also the 17th with the Welsh Government as Principal Funding Partner.

“This leg of the World Championship will see the very best rally drivers navigating our remarkable Welsh landscapes. Audiences from right around the globe and thousands of visitors will witness first-hand the action and adventure sports Wales is famous for,” explained Eluned Morgan, Welsh Government Minister for International Relations.

“After the start in Liverpool, the rally travels right across mid and north Wales finishing in Llandudno, the new home for the event’s Service Park. Here, locals and visitors can enjoy our new, spectator-friendly hub. Wales is excited and ready to welcome everyone to what’s certain to be another world class event.”

In a further announcement, it has been confirmed that all 22 competitive special stages will be broadcast live – another first for the rally in its 75th running. Coverage of the entire event on BT Sport is in addition to daily highlight programmes on Channel 5 and S4C.

Full details of the innovative route for the 2019 Wales Rally GB can be found on the official www.walesrallygb.com website. Tickets are also on sale for all four days with considerable savings offered to those taking advantage of current early bird offers.