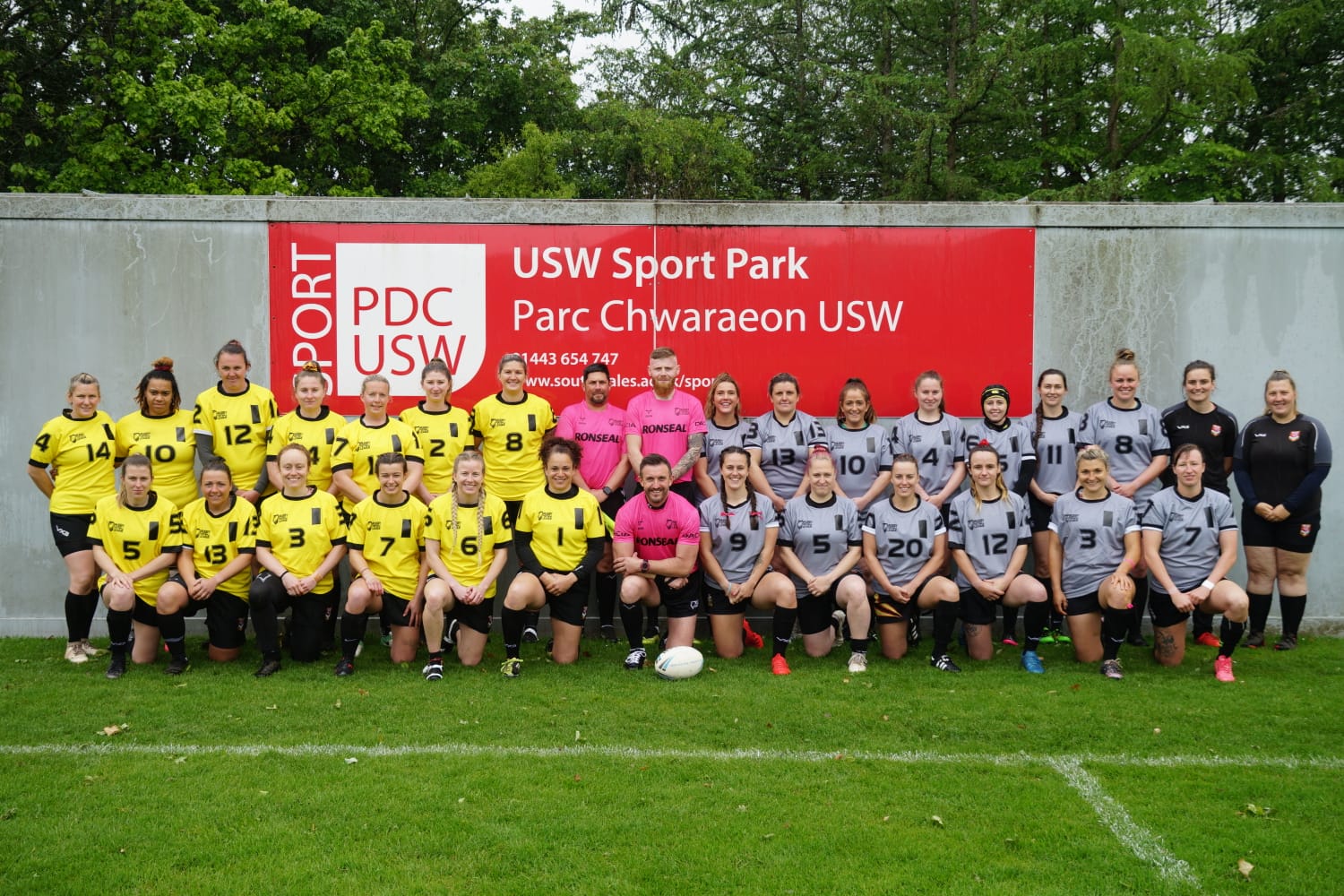 Wales Rugby League have named a 24-strong Women’s squad out of which they’ll select their 17 for the test match against England in Warrington on Friday June 25 (kick-off 6pm).

Eleven players remain from the first ever squad in 2019 who went on to beat England Lions, with a further 11 of the 13 potential new caps coming from the elite athlete ID days that were held by WRL in both the north and south of Wales in April.

Joining them are Carys Marsh of Wigan Warriors and Keira McCosh from Warrington Wolves.

Since being selected in the Wales train-on squad, Rebecca Davies has also joined Warrington and has made her Super League debut.

Two Wales rugby union international players, Sian Moore and Ffion Lewis, could become the next dual code rugby internationals, whilst Eleri Michael and Amberley Ruck could become cross-coders of a different kind, Michael having previously played netball for Wales and Ruck being a Wales touch international.

The new squad also includes twins Sara and Ffion Jones who both play rugby union for Swansea, whilst team-mate Lowri Norkett, who in 2019, played in the first and so far the only Crawshays Women’s match, joins them.

Also included are forces duo, Anne-Marie Sayle from RAF Rugby League and Jess McAuley of the British Army RL, whilst Danyelle Dinapoli who played for Cardiff Blue Dragons in the first open age women’s rugby league match in Wales in 2019, has also been included.

Since the elite ID days were held, a 36-strong train-on squad has been training weekly at their University of South Wales base in Trefforest and the 24 who have been selected will go into a two-day camp this weekend.

Wales Women’s head coach Thomas Brindle said: “I’ve been really pleased with the effort and commitment so far of all the players in camp.

“Over the last five weeks, we’ve been steadily building in intensity and we’ve come a long way in the short period of time.

“On Sunday, we had an internal game, which was the first game of Rugby League in 18 months for some, and for many their first ever game in this code.

“With our first test match on the horizon, it required us to drop to a test day squad to allow us to focus on preparing for that game. There was no easy decision – all 35 players in the squad put their hands up and made it difficult for the rest the staff and I.

“I feel that after an enforced absence, we are now continuing the Women’s Rugby League journey in Wales, and I’m really excited to see how it progresses – in particular how we apply ourselves in the upcoming test match against England.”

Wales take on England at the Halliwell Jones Stadium in Warrington on Friday 25th June (kick-off 6pm). Go to https://www.eticketing.co.uk/rugbyleague/ to buy tickets.