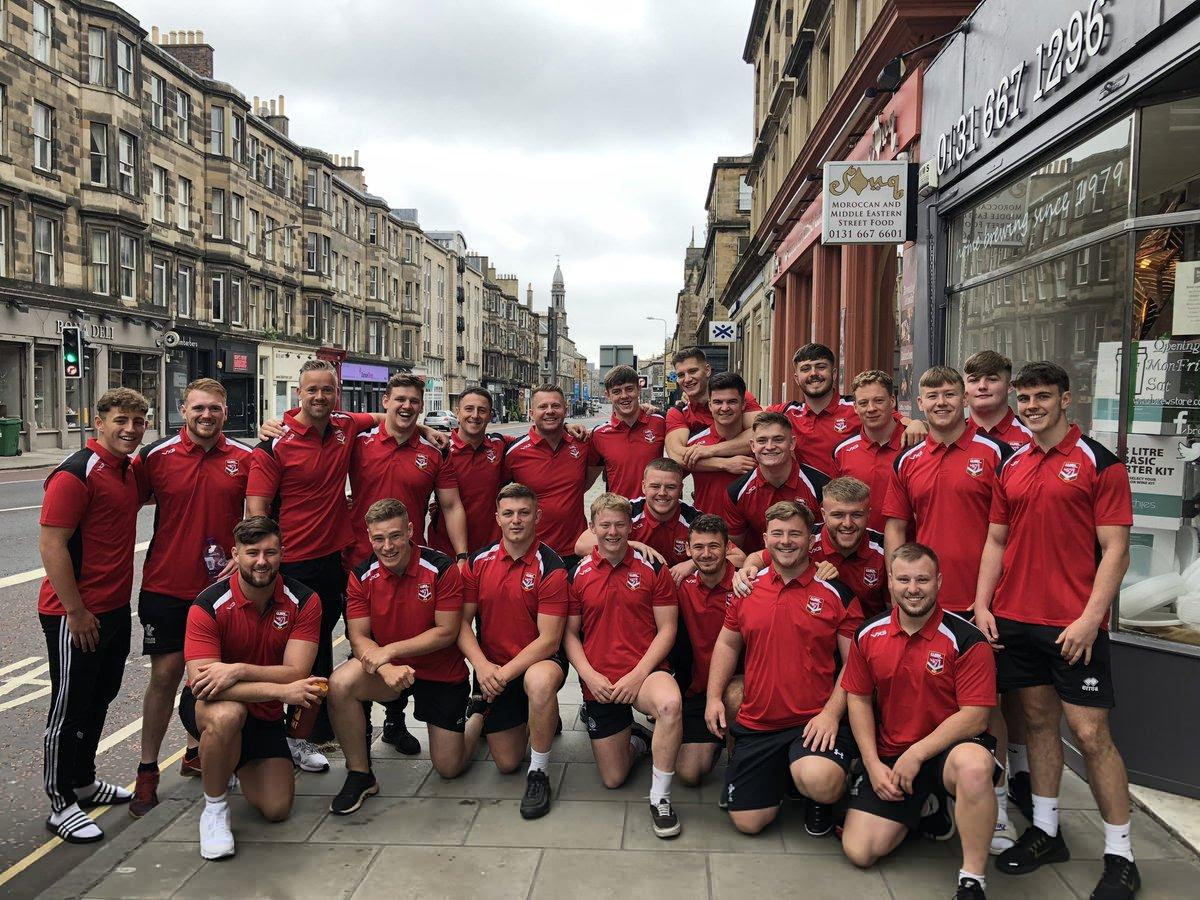 Wales were beaten by England in the first game of the 2019 Student Four Nations in Edinburgh on Sunday, thanks to a solid second half from the holders.

Wales were 22-10 down at half-time with the game still in the balance, but England came storming out of the traps after the break and quickly sealed the win.

Soon after that, Wales’ Fraser Stroud was sinbinned but England couldn’t take advantage. Instead, Wales levelled despite being down to 12 men. Dafydd Jones did well to finish off a good move by scoring in the corner. Henri Roberts missed the conversion.

And strangely, straight after Wales got back to a full complement of players, England regained the lead. Connor MacCallum finally got through the tough Welsh defence and Smith easily converted.

England extended their lead on 27 minutes after Josh Boulger finished off a good passing move and Smith converted.

Then four minutes later, the English got their fourth try as Matty Chrimes used his strength to force his way over despite the Welsh doing their best to hold him up. Smith converted again to put the score onto 22-4.

Wales hit back five minutes before the break and it was just reward for the work they’d put in. Rowland Kaye leaped onto Cobi Green’s grubber and Fraser Stroud converted.

England looked to extend their 22-10 half-time lead from the off. Matty Chrimes was held up over the line, but MacCallum scored his second of the day from the next tackle. Smith converted.

They got their sixth try from the next set after kick-off. Alex Bielby breaking through from close range and Smith converting.

Smith looked for a try of his own as he was on the end of a good passing move, but when diving for the corner, Fraser Stroud and Sam Baker did well to stop him and force him into touch.

Wales refused to give up and they got a try back on 58 minutes, Cobi Green going in under the sticks and Stroud converting.

However England extended their lead further straight away through an unconverted Jacob Jones try.

And with 13 minutes to go, England, on the final move of a seven-tackle set, scored their eighth try as Lee Registe jinked his way through the Welsh defence. Sean Croston missed the conversion attempt.

Ryan Langton scored under the sticks for England’s ninth on 71 minutes with Smith easily converting.

And as Wales tired, England hit 50 as Chrimes ran through a gap for his second of the day. Smith failed to convert.

The Welsh nearly scored in the final minute but Green was pushed into touch as he was charging for the line.

Wales now take on hosts Scotland on Wednesday at the same ground (kick-off 5pm). Live coverage can be seen at https://www.youtube.com/watch?v=TavCg8vQ6Wk