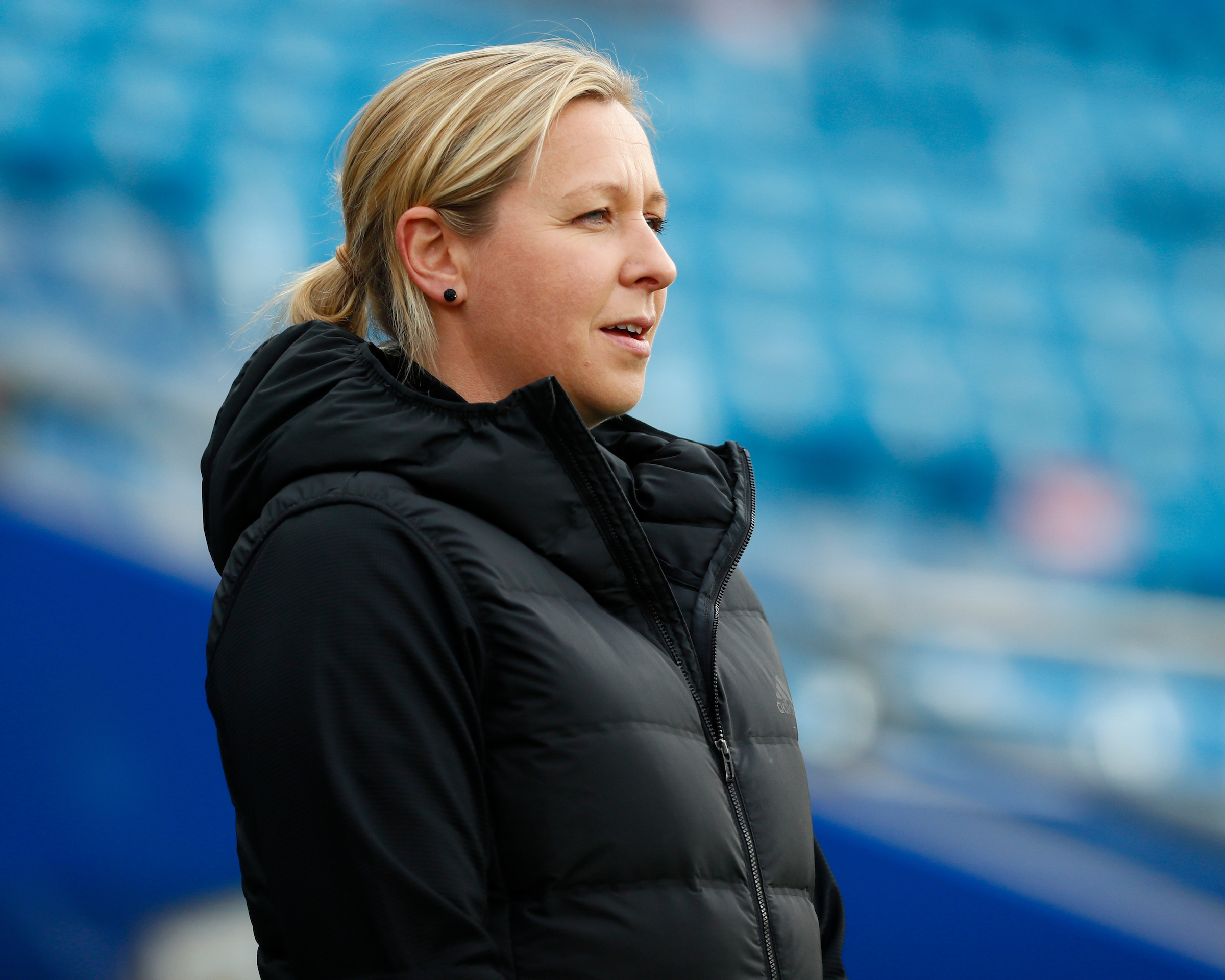 Jayne Ludlow's side will bring their Euro 2022 qualifying campaign to an end against Belarus. Pic: Kunjan Malde/FAW

Esther Morgan (Tottenham) and Caitlin Morris Southampton) are part of a 26-strong squad for the game at Newport’s Rodney Parade on 1 December.

The duo have played in the Cymru age groups whilst Morgan, who has been training with Spurs’ first team, captained the U19s in last year’s UEFA Women’s EURO U19 qualifying round.

But Ludlow can also call-up a wealth of experience in  Sophie Ingle and Jess Fishlock who have won 102 and 119 caps respectively as well as Natasha Harding who scored a brace in last months’ 4-0 win against the Faroe Islands.

But Anna Filbey misses out as she continues her recovery from a foot injury and Megan Wynne is also unavailable due to an ACL injury.

Bristol City winger Wynne revealed yesterday that she has taken her first steps since surgery in August.

Wales are second in Group C, three points ahead of Northern Ireland who have a game in hand.

Ludlow’s side could reach the finals of a major tournament for the first time if they win their final game, but that depends on Northern Ireland dropping points against Belarus on 27 November.

The nine group winners and the three best runners-up (not counting results against the sixth-placed team) qualify directly for the final tournament, while the remaining six runners-up advance to the play-offs.

The play-offs will take place during the April international window.