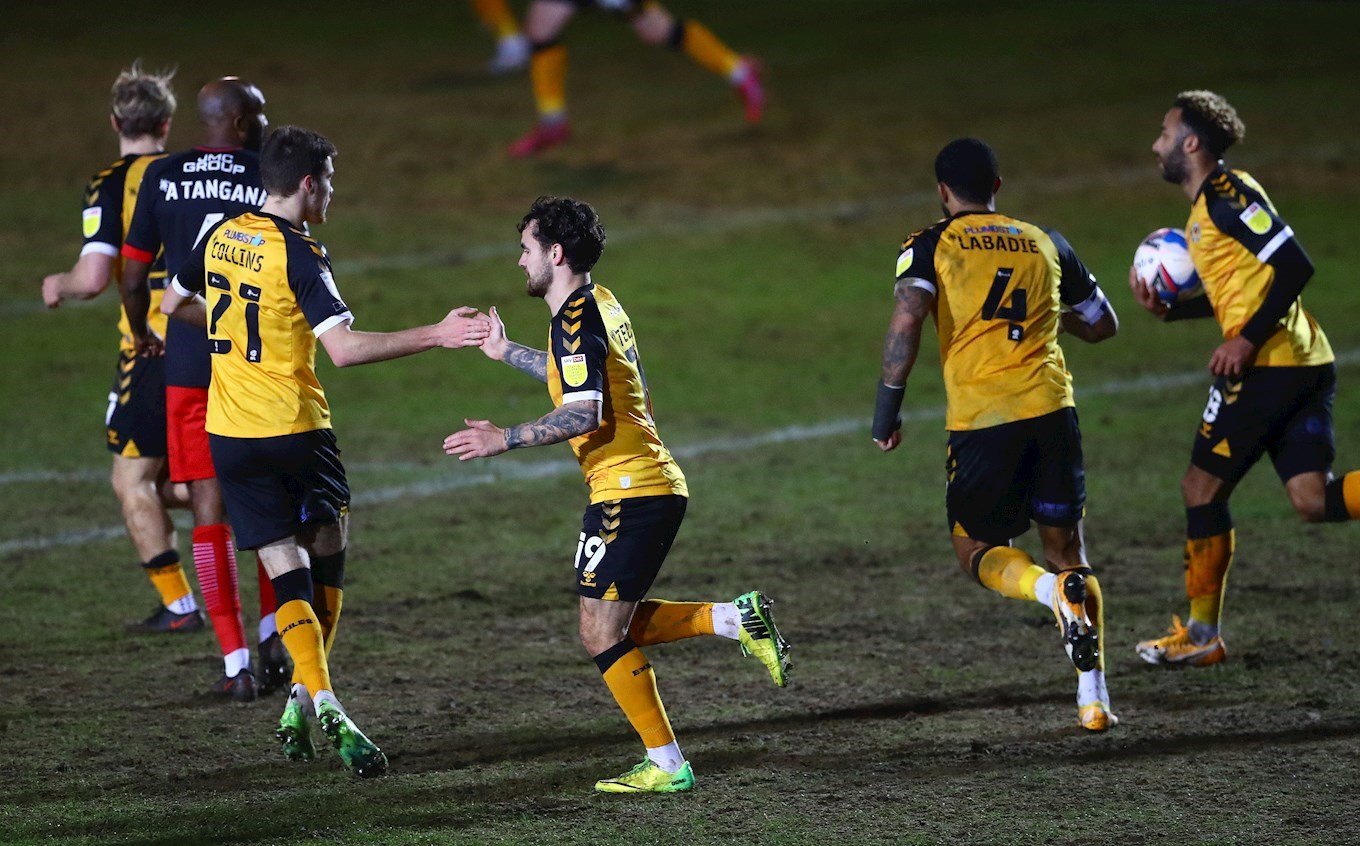 Assistant manager Wayne Hatswell blamed the pitch as Newport County were held to a 1-1 draw at Rodney Parade by nine-man Exeter City.

Dom Telford’s late strike snatched a point for the Exiles whose promotion hopes suffered another blow despite having a two man advantage for more than half the game.

“That numerical advantage probably did help us, but it hasn’t in a way because that pitch made a difference for them,” said Hatswell, standing in for manager Mike Flynn.

“We’re disappointed, I’m going to say there was probably a little bit of lack of quality, but the effort was there, we just couldn’t score and it’s simple as that.”

Exeter received their first red card after just eight minutes as County forward Nicky Maynard was taken out by Alex Hartridge who was the last man, leaving referee Tom Nield no choice but to brandish the red card.

The visitors took the lead later on 22 minutes thanks to Ryan Bowman’s strike.

But just before half-time Exeter received their second red of the game as goal scorer Bowman elbowed Mickey Demetriou in the face.

County had plenty of pressure after the break but it looked like they ere going to suffer a costly defeat until Telford came off the bench to grab the leveller.

“The longer it went on we thought it was just going to be one of them nights for us, but we’ve managed to get good crosses in the end given the state of the pitch at the moment,” added Hatswell.

“We’re trying to get it wide, to exploit teams because of the numerical advantage, and you’d want to stretch and get more get two v ones against them.”

“The way the pitch is it just becomes a leveller, and it doesn’t matter whether you’re sometimes down to ten or not, you can see we had it the other week, with Grimsby.

“We were down to ten and it’s still a leveller because you just can’t rely on any surface.”

He added “But it’s not a detriment to anybody here with the ground. It’s just the way it is, and it’s just become more increasingly difficult to get a little bit of quality.

“But we managed it with a Ryan Haynes cross, we got an end of one. We obviously just thought it would have been one of a couple, but it’s so tough, so tough to score on that pitch.”

Newport are no strangers to red cards recently as they have received four red cards in the last five league games.

“We were at Oldham a couple of weeks ago, we know what it’s like, going down to ten men we’ve had four out of a spell of five games where we were down to 10 men, and all of a sudden, the last one of that we got good at it.

“They got a chance and put it away and it gave them something to cling on to.

“They defended well and obviously, we were disappointed, but we were losing so it was a point gained.”

Newport are still in the hunt for promotion despite their recent dip in form which leaves them three points off the play-offs, but Hatswell believes the club has done well to be in the position they are in.

“The positives are we get to go again now, and we’ve got Forest Green at home on Saturday.

“It’s still 19 games to go and we have still got a lot of football to play, and it’s a kick today but do you know what we’ve had worse at this club.”