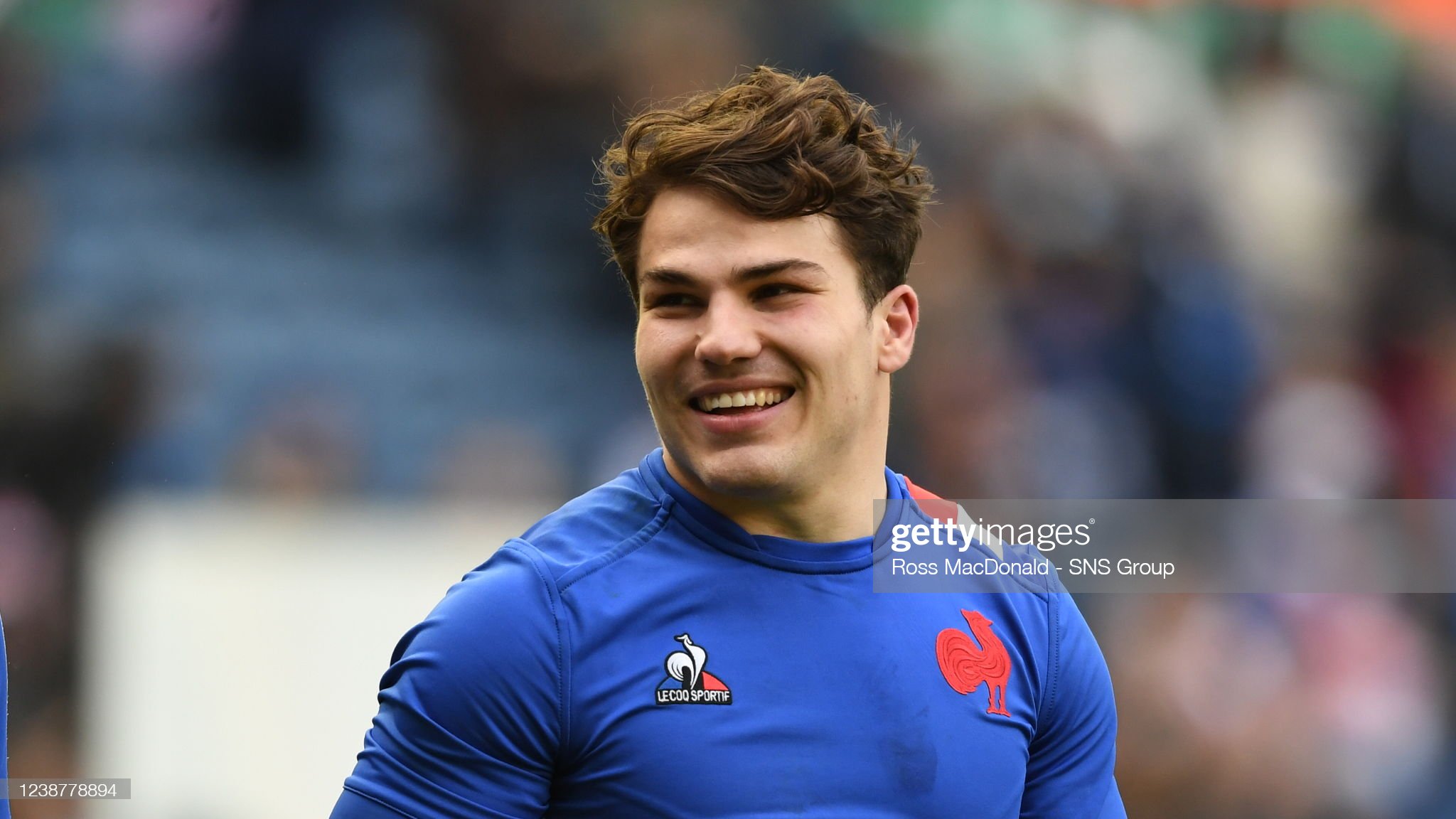 Wayne Pivac has lavished praise on France captain and world player of the year Antoine Dupont ahead of Friday’s Guinness Six Nations clash.

Victories over Wales and then England in Paris next week would see Dupont lead France to their first Six Nations title and Grand Slam since 2010.

The Toulouse scrum-half is at the peak of his powers, and he presents a huge threat to Wales’ hopes of stopping France in their tracks.

“We don’t tend to single out individual players, but in this case you can’t (help) but do that because he is world-class, isn’t he?” said Wales head coach Pivac.

“He is probably the form player in the world. Even when you are sitting in the opposition coaches’ box, some of the things he does on the field you find yourself just saying ‘well done’.

“He is just great to watch, but hopefully we will be able to contain him, because he is world-class.”

They lost 27-23 in Cardiff two years ago, then saw their Grand Slam dream destroyed by a 32-30 loss to Les Bleus last season, although Wales still won the title a week later.

Pivac added: “I have got to say they have been two of the most enjoyable matches I have been involved in so far. They have been great games.

“Unfortunately, we have come out on the wrong side of the result in two really tight affairs.

“We don’t have to think too far back to the game which was for the Grand Slam last year, and unfortunately the last-minute play robbed us of that.

“That is permanently in the back of the minds, the disappointment of that day. But as I say, they have been two great games and I am hoping this will be the same.

“Certainly, it (2021) is a game I will never forget because the emotions afterwards were pretty hard to keep in check for everybody.

“It had a bit of everything – red card, yellow card, 13 versus 14 in the final minutes. It really was a great game to be a part of.

“What better challenge to have than a team like France, who have so many threats across the park.

“They are very good at offloading and their natural game, which is moving ball. When you throw in some world-class players, it makes them a very difficult team to beat, as we’ve seen in recent times.”

But Pivac believes the recall of Josh Navidi to the Wales back row, alongside blindside Seb Davies, could prove a critical selection – even though the Cardiff flanker has not played Test rugby since this time last year.

Navidi returned to action for Cardiff last weekend after five months on the sidelines with injury. But he has returned to start at openside flanker as Wales look to take on a powerful France pack.

“Josh as done it before, hasn’t he? He did it against Ireland last year, first game back – he had no club rugby under his belt,” said Pivac. “Certain players can this.

“They have a history of being able to step up. He is one of them.

“The year before that in the Six Nations at Twickenham, his first game back was a Test match against England. We had worked on 50 or 55 minutes that day but he played 80.

“We know he can do it. he ticked some boxes in the game for Cardiff. He is ready to go and we are very pleased to have him back.

Seb Davies is a great player and I’ve no doubt he’ll put in a shift on Friday.

What would make him a better player is if back-to-back Wales coaches didn’t keep alternating where he plays, rather than just play him in his actual position.

“We are wanting to reduce our error count and get our discipline right. He offers us something different in terms of balance at lineout time.

“He has also got a good skillset when he is on the edges so in attack he gives us another weapon.”

Pivac has also brought Davies into his back row while Jonathan Davies will wear the number 12 shirt having replaced Nick Tompkins who is out with concussion.

The former Scarlets coach is happy with the balance of his squad, but is expecting a tough challenge against a France side who are chasing a Six Nations Grand Slam.

“We would like to get some continuity in selection and that will happen as we get closer to the World Cup, obviously,” said Pivac.

“There’s only really two or three tweaks to this squad, the rest are forced through injury. Nick Tompkins has sustained a concussion in the game last weekend.

Wales have brought in Cardiff duo Seb Davies and Josh Navidi in a back row reshuffle for the Six Nations to face France in Cardiff on Friday.

“He is going through the processes this week so we took him out of the selection process. We think he (Gareth Thomas) deserves a go.

“He has played very well when he has come off the bench – he has made an impact. The French are a big, physical side.

“We have spun them around – Wyn will come on. No doubt he will be eager to put in a good performance when he comes on.”

Pivac has also pointed out just how important the home crowd will be at the Principality Stadium on Friday night.

“It certainly does help,” said Pivac when asked how influential the home support will be.

“If because of Covid times a few French supporters haven’t come over, that probably won’t worry us too much.

“So long as we have got our regular number of Welsh supporters, we’ll be happy. There are a few seats left.

“It would be great to see those seats filled up. Both sides want to play an entertaining brand of rugby and I think you have got the side at the moment who are probably the in-form team in the world in France and we certainly have had a couple of great games against them in recent times, so I think it will be a cracker to come and watch.”