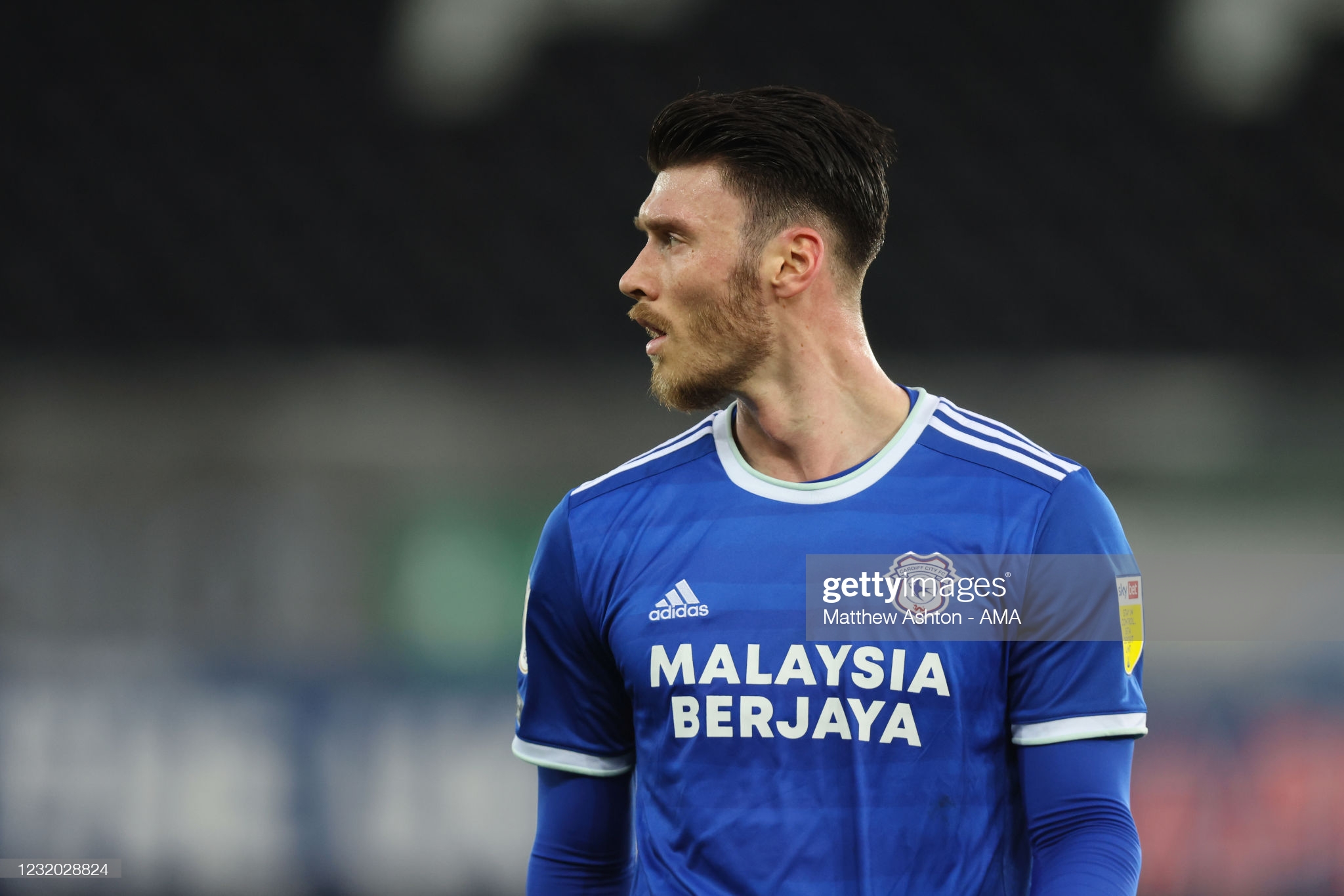 Kieffer Moore forced his way out of Cardiff City by declaring he wanted to leave, manager Steve Morison has insisted.

Wales striker Moore joined Bournemouth on deadline day for an undisclosed fee variously reported as between £3.5m and £5m.

Morison, whose Bluebirds side face Barnsley on Wednesday night, has claimed he tried to persuade Moore to stay but that once the 29-year-old handed in a formal transfer request the club decided to sell him.

The fee is far less than the £8m Wolves were prepared to pay for Moore last summer – an offer Cardiff rejected – but Morison still insists his squad is a stronger one after the closure of the transfer window after he signed strikers Jordan Hugill from Norwich City and Middlesbrough’s Uche Ikpeazu, both on loan.

Morison said of Moore, “I think you can see his performances since the summer have not been where they were last season.

“We still didn’t want to sell him. We wanted him to turn his form around and be a part of what we’re doing.

“He had a contract next year and an option on him, so we had him for a good bit of time.

“But he really wanted the move and effectively forced the move in the end with the transfer request. There’s no point keeping people who don’t want to be here.

“We need people who want to be here and want to fight and keep pushing us on. It suited everyone in the end.

“It’s not a surprise from our point of view, we showed him we didn’t want him to go but it’s something he wanted to do.

“But I think we are in a much better place now than 24 hours ago.”

Moore has only scored five goals for Cardiff this season – compared to 20 the season before, although he remains a key part of Wales caretaker manager Robert Page’s World Cup play-off plans and scored the equaliser in the final group qualifier against Belgium in November.

The former Wigan and Torquay United striker has told Bournemouth’s club website that he wanted to join the Cherries because he felt they can deliver his ambition of playing in the Premier League.

“I’m buzzing. It’s been a lot to get to this point,” said Moore.

Kieffer Moore deal worth around £3.5m to Cardiff. Bluebirds should have taken Wolves cash in August – but should be good move for Moore and Wales ahead of World Cup play-off.

“The club’s ambition to be in the Premier League was a massive pull for me.

“They have got great players here, great staff and great management and they find themselves in a great position in the league.

“It was really enticing. I’m familiar with the area and I’m buzzing to be here.”

Moore has not played for Cardiff since they lost 3-0 against Bournemouth on December 30, with the club having claimed he was out with an ankle injury.

But, if now fit, he could make his Bournemouth debut against Boreham Wood in the FA Cup on Sunday as he is not Cup-tied.