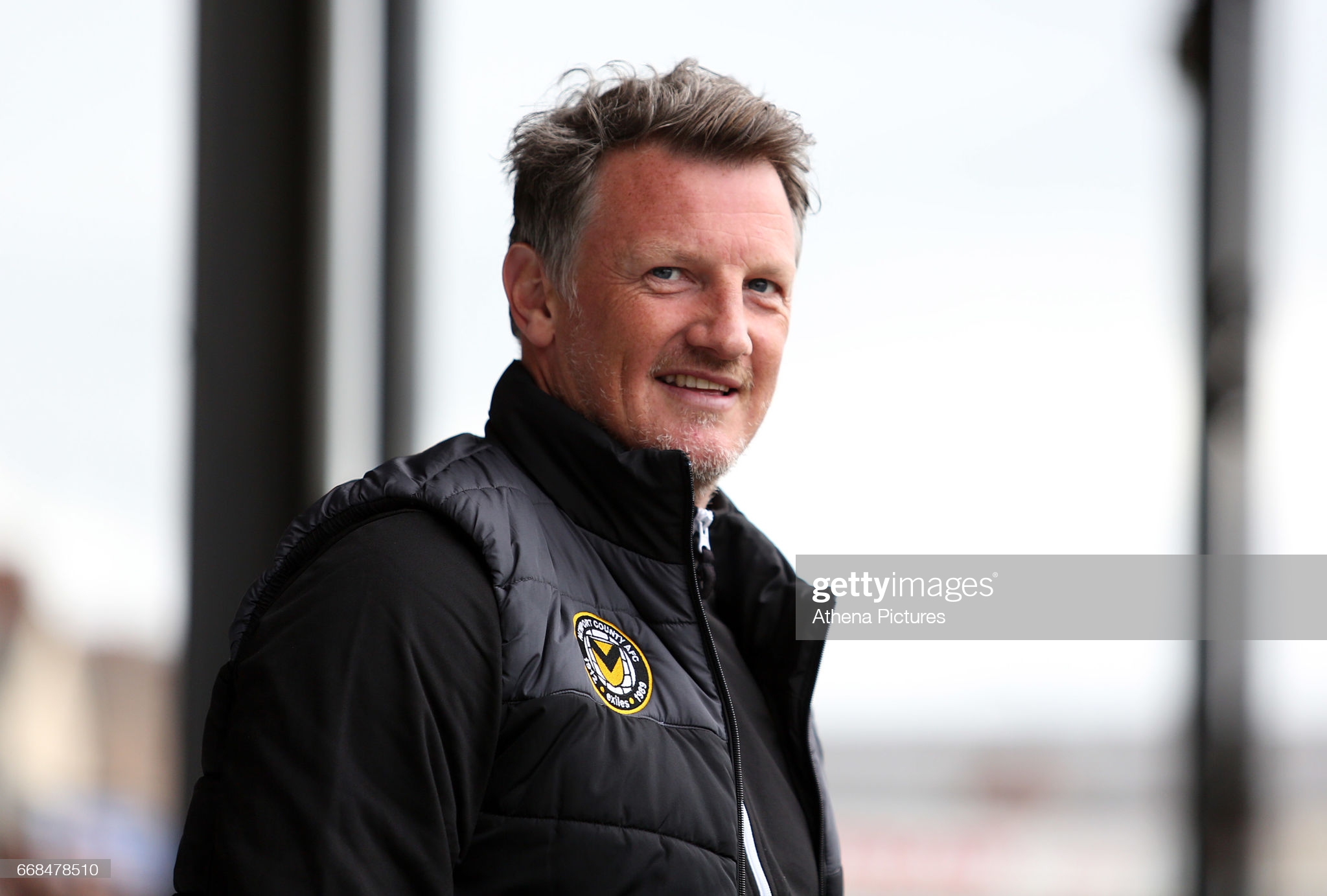 Flynn, who earlier in the week had negotiated an amicable departure from his post as manager after four-and-a-half years, said his farewells to the players on Friday, but wasn’t at the ground to watch them move to within a point of the play-off places with their best win of the season .

“It was a good day at the office and we got back to winning ways. The first goal was key because it put them on the back foot and gave us the belief we needed to go on to win the game,” said Hatswell, formerly Flynn’s right-hand man.

“They played professionally at the end of what had been a very emotional week. I didn’t expect anything less from them.

“The manager was missing, but there wasn’t a lot of change and we tried to keep things as normal as possible. We got the win for the manager and for everyone else.

“He wanted us to win and he wished me luck. You don’t go on holiday and forget about it – he put a lot of blood, sweat and tears into Newport County.”

Football is all about magic moments, and the former Newport County manager delivered so many of those

For @F365 on the man who who allowed #Exiles to dream time and time again https://t.co/eQwal17MVN

Ollie Cooper and Courtney Baker-Richardson both scored their first goals for the club and Dom Telford added a third to complete a positive afternoon for the Exiles.

“It was great to see Courtney get off the mark and it was an unbelievable finish. There were some great finishes on the day,” added Hatswell.

“We probed really well in the second half and I felt the second goal was coming. It was a piece of brilliance and I’m sure I won’t hear the end of it next week.”

With only one win all season, Scunthorpee now find themselves propping up the Football League in 92nd place.

It is a position their manager Neil Cox says the players will have to fight their way out of by showing more pride and passion.

Great performance yesterday, under the circumstances. Second half played with an air of freedom not seen this season so far. Onwards and upwards! @NewportCounty 🏴󠁧󠁢󠁷󠁬󠁳󠁿 https://t.co/fBn5KRZ5EX

“We knew they were going to be dificult to beat and the first 15 minutes was going to be important. We then conceded a poor goal early on and after that there was nothing much in the game,” said Cox.

“We got into some good areas, but kept hitting the first man. We tried to change things in the second half, but we kept hitting it long.

“Then, they scored again and we were chasing the game. Then they got a third before we had a few chances, but even then we couldn’t score.

“We can’t keep giving away poor goals and we have to be better with the ball. The players need to show a bit more passion and drive for this football club.

“We can’t keep getting rolled over. If we keep battling and show some quality then we will take it, but as soon as we concede a goal we look a bit lightweight.”

I will always be grateful for the ‘Flynn Years’ at @NewportCounty

For County, the interim boss Hatswell had said he wanted his side to make a fast start and try to recapture the form they had shown in beating Walsall a few weeks earlier.

They did both to prove there will be life after the former messiah from Pill.