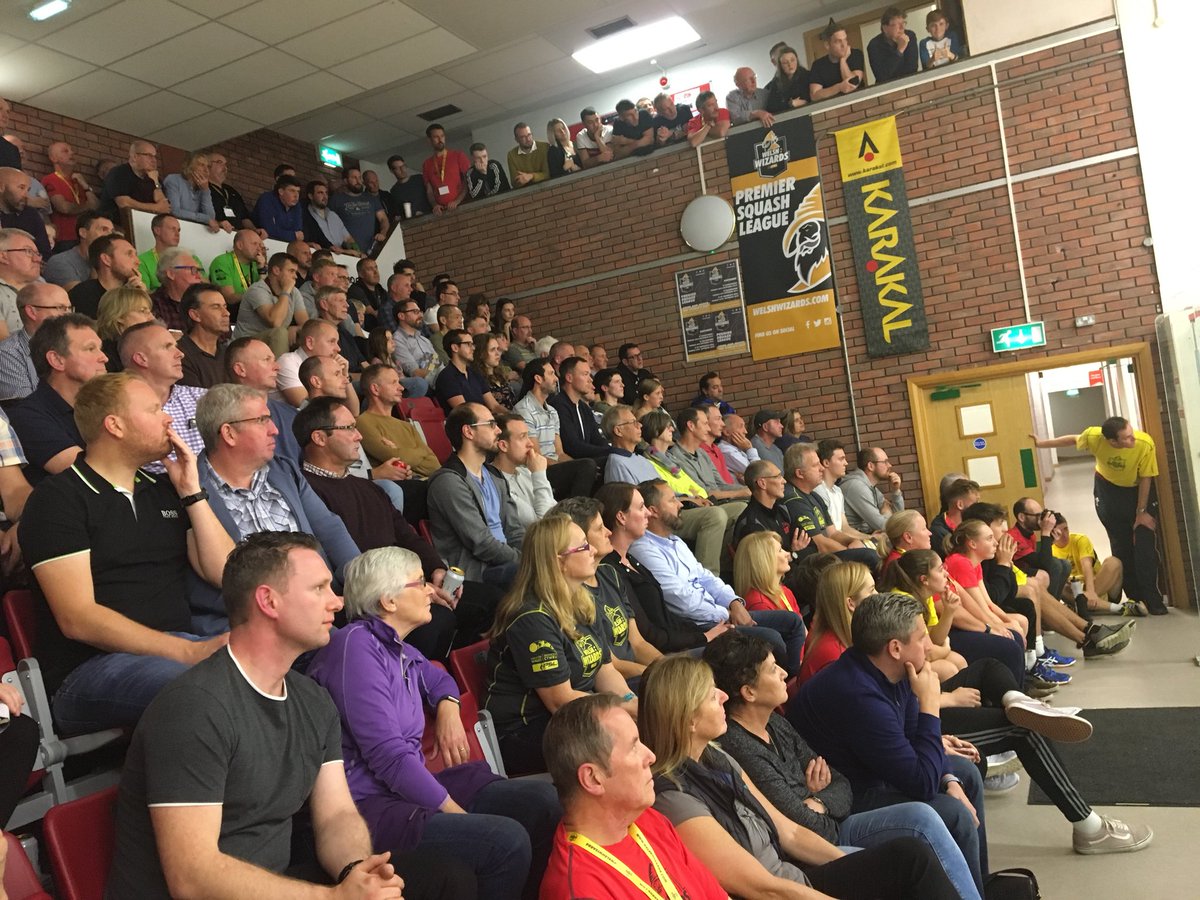 A sell-out attendance for Welsh Wizards at Sport Wales National Centre in Cardiff.

David Evans, the only Welsh player ever to win the British Open Squash Championship title, has committed to helping Welsh Wizards to victory in their biggest match so far this season.

Evans is in the Wizards team for their Premier Squash League clash with Tradition@RAC at the Sport Wales National Centre in Cardiff this evening (Tuesday, 7pm).

Tradition are top of the PSL Southern Division, two points ahead of second-placed Wizards.

The home team will be led by Egyptian Marwan Elshorbagy, one of the best players in the World.

Elshorbagy, who was ranked World number three before he took a break from playing for personal reasons, goes head-to-head with New Zealand’s Paul Coll, ranked two places above the Egyptian.

Evans won the British Open in 2000, beating Paul Price of Australia 15-11, 15-6, 15-10 in the final. His victory was described as a ‘wonderful triumph’ by squash legend Jonah Barrington.

Off the court, Evans is Squash Wales Performance Director.

He represented Wales at more than 100 major international events, excelled for his country at four Commonwealth Games and helped Wales to a World Team Championship silver medal in 2000.

Evans steps in because Wizards will be without Welsh trio Tesni Evans, the World number 12, and her brother Emyr plus Peter Creed. All have commitments on the World tour.

This evening, against RAC in Cardiff, Evans plays Ben Coleman from Chelmsford, who has a ranking of 52 in the World.

It’s a tough ask for 20-year-old Morris Devred, but he has produced some phenomenal results for Wizards this season.

He won’t go down without a massive fight.

Cardiff Metropolitan student Grace Gear takes the ladies spot and will be fancied to come out on top against Alice Green.

There are only two points between the teams in their South group and it looks certain to be a hard fought encounter at the Sport Wales National Centre.

Play-Off semi-finals to be played week commencing May 6, while the final will be at St George’s on Saturday, June 1.

Note: with matches now played as best of three, the points system has altered to

ONE point per Game won plus a win bonus of THREE points.