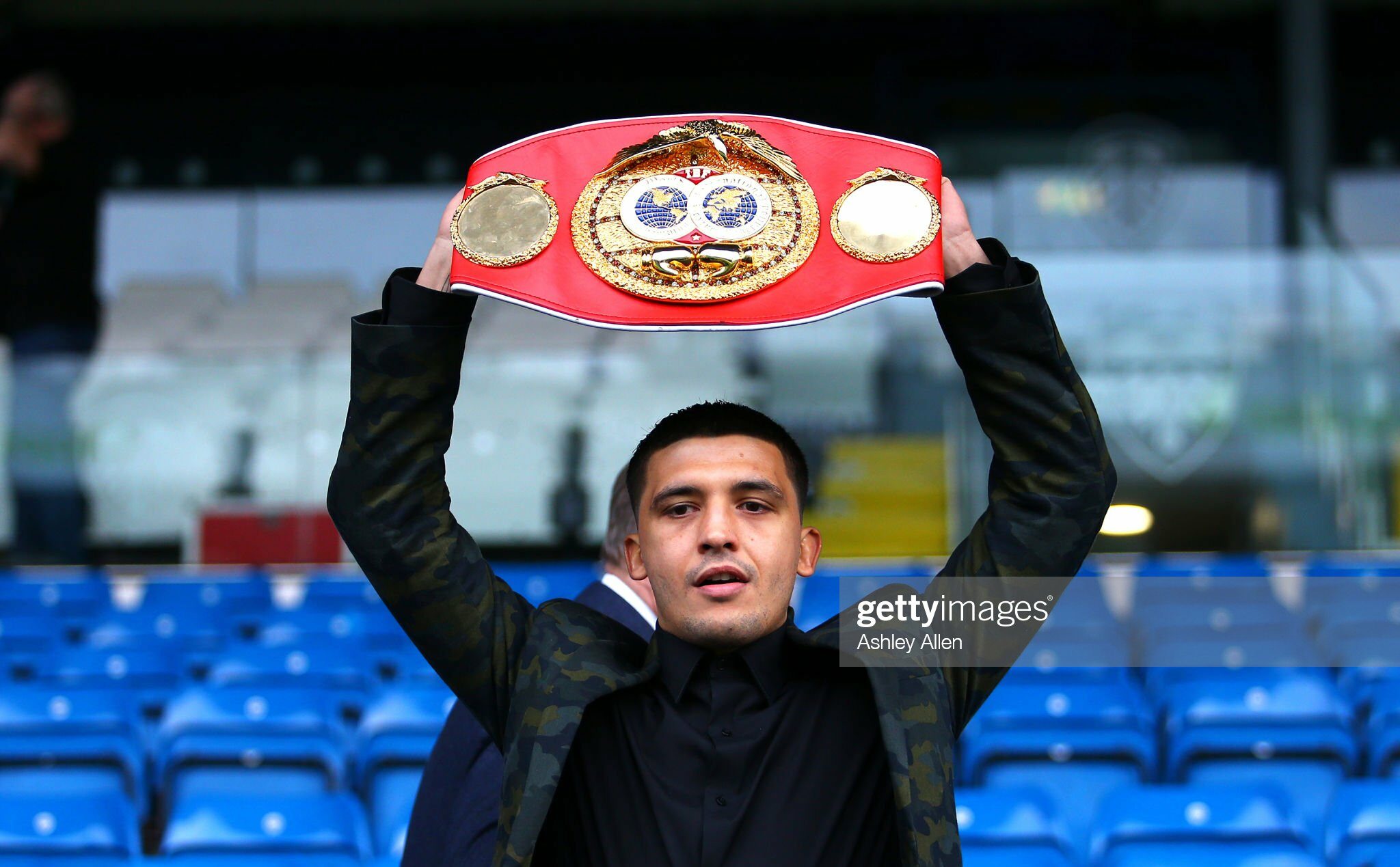 Lee Selby will be looking to get his hands on another world title. Pic: Getty Images.

Welsh boxing star Lee Selby says he is “hungrier than ever” as he heads to Argentina to face Gustavo Lemos in a world title final eliminator.

The 35-year- old from Barry is targeting a world title shot against unified lightweight champion George Kambosos Jr and he is desperate to gain revenge on the Australian after losing to him via split decision in October 2020.

Selby is currently ranked fourth by the IBF while his opponent Lemos is ranked third after winning all 27 of his professional fights.

The fight will be held in Buenos Aires, Argentina following Lemos’ promoters winning the purse bid and held in the Estadio Luna Park.

Live and exclusive this weekend!

“I knew they were going to do something after the controversial loss to Kambosos but it took a while for them to order the final eliminator, but I held out.

“I was hoping Matchroom were going to win the bid but they must have had other ideas because they put in a low bid and lost to the Argentine’s.”

It is notoriously difficult for away fighters to get a decision in Argentina and it is very rare for a British fighter to travel there for a fight of this magnitude, but Selby is looking to use all his experience to return home victorious.

Even if we see the best Lee Selby bamboozling Lemos as he comes forward, an away win on the cards in Buenos Aires seems fanciful. Really hope I’m wrong though as I like Selby a lot. 2/2

“It’s nothing new, it doesn’t bother me in the slightest,” insisted Selby.

“It’s going to be a tough fight but they’re all tough at this level.

“It’s difficult to win away but I’ll give it my best shot. I’m hoping to go over there and put on a good display of boxing and get the win and become mandatory challenger.”

Selby is full of respect for his opponent but he is looking to expose Lemos’ lack of world level experience.

“He’s a strong puncher, pressure fighter, he hasn’t really boxed at any sort of level but he’s solid, I can give him trouble through my boxing ability, the footwork and movement.”

The fight will be televised in the UK on Premier Sports and the action will get underway from 2am.

New and returning subscribers to Premier Sports can sign up via the website – www.premiersports.com with prices beginning from £9.99 per month.

Richard Webb, COO of Premier Sports said, “We are delighted to broadcast Lee Selby’s final eliminator matchup versus Gustavo Lewis this weekend live from Buenos Aires. There is huge interest in this event from fans in the UK especially Wales and we’re pleased to make it live and exclusive to Premier Sports customers.”