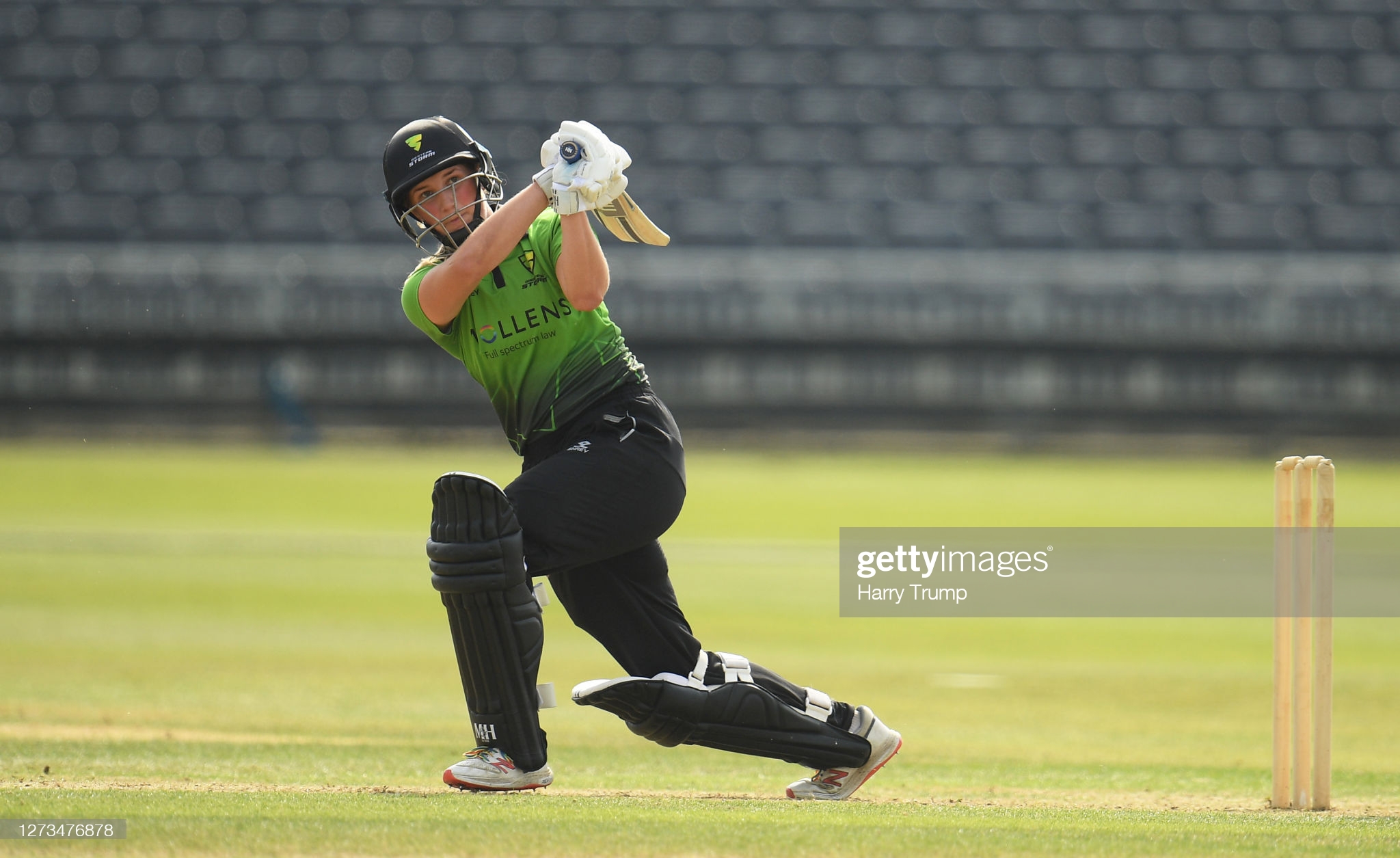 Growing up as a cricket-mad girl in Port Talbot, Alex Griffiths had far more opportunities to play the sport she loved than those who had gone before her.

Still, by her own admission, cricket was a small part of her childhood sporting landscape which makes it all the more remarkable the 18-year-old has made it to the top of the game.

A highly talented allrounder, Griffiths came through Wales’ development pathway and in one summer, she represented every team from her under-13 age group to the senior side.

Her talent coming through the ranks was obvious and she has never looked back. Now with Western Storm and tipped as a future England international, Griffiths will play back on Welsh soil for the Welsh Fire women’s team in this summer’s new The Hundred competition.

“There wasn’t too much cricket in Port Talbot. I had good support around playing with boys’ teams, but there were not too many events,” said Griffiths.

“I think the Dynamos and the All Stars are fantastic opportunities for young people to get their first taste of cricket these days.

“I was maybe luckier than some because I’m younger. I was able to look up the likes of Heather Knight and other England players. Some of those I’m actually playing with now, so that’s fantastic.

“The whole point of the Hundred for me is to get women playing alongside men on an equal footing. “The double headers give us equal status and the message to young girls is that the women’s team is there alongside men’s cricket, not underneath it.

“I was lucky enough to be involved in the Kia Super League so I had all those experiences of playing with and against great players. It’s amazing what those opportunities give you and you have to grab them, even when you’re maybe not playing in the starting 11.”

Briton Ferry Steel is Griffiths’ home club. She is studying sports coaching at Cardiff Metropolitan University and, remarkably, made her List A debut at the age of just 13.

Griffiths might still be young, but she has been a growing force in the Rachael-Heyhoe Flint Trophy for Western Storm. Next month, her target is to impress for Welsh Fire in The Hundred.

For a new format of cricket which will see each innings last 100 balls, eight new teams have been created across the United Kingdom and all eight will have both men’s and women’s sides.

The two Welsh Fire sides will play at Cardiff’s Sophia Gardens. Griffiths will be joined in the women’s team by Australian superstar Meg Lanning and talented England wicketkeeper Sarah Taylor.

The men’s side will contain England’s Jonny Bairstow, Ollie Pope and Tom Banton plus West Indies big hitter Kieron Pollard who all need no introduction.

“I think The Hundred will be similar to Twenty20. We’ll be looking to hit big sixes and get the boundaries in. It’s about big-hitting,” said Griffiths.

“I think the Hundred might bring in more attacking batting ideas to other forms of the game. It could be even more exciting.

“This is just the start for me. It’s almost ridiculous to think someone my age can now get a professional contract, but it’s great for people like me. I’m growing up at the right time.

“With the Rachael-Heyhoe Flint competition, we are getting stuck into the T20 and then that will help us get tuned up for The Hundred.

“To be playing at the home of Glamorgan and Welsh cricket is great for me. I’ve been playing around the West Country for the past couple of years, so it’s nice to bring it back now to my little corner of the world. I can’t wait to play in front of a Welsh crowd.”