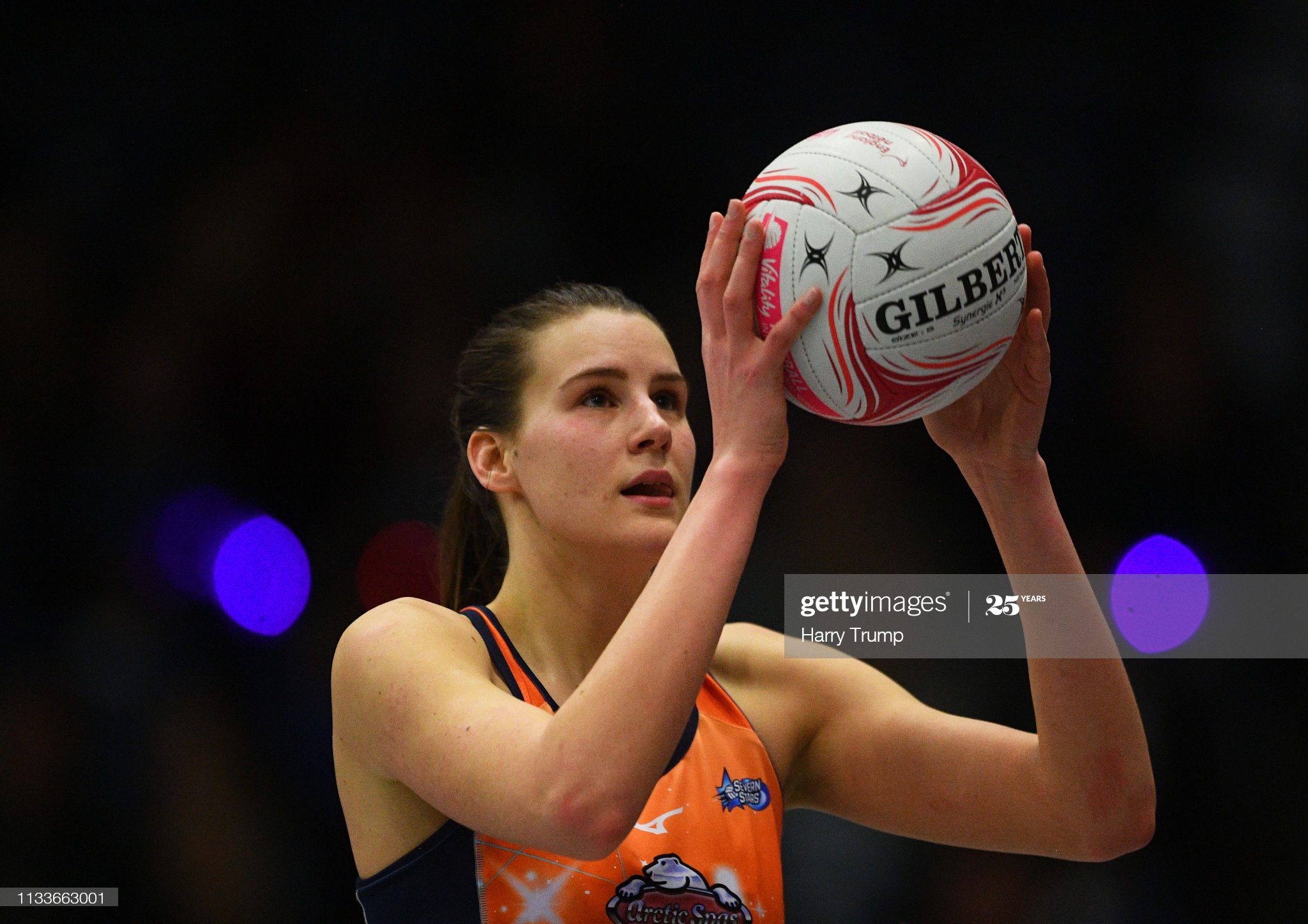 Georgia Rowe is back for a third season with Severn Stars. Pic: Harry Trump/Getty Images

Defender Jones, 28, will be vice-captain for the Stars with Liana Leota remaining as captain.

Jones and wing attack Dyke, 26, made the switch from Celtic Dragons last season and played all four games before the Superleague season was suspended due to COVID-19.

Goal-shooter Rowe, 25, had made the move across the Severn from the Dragons 12 months previously, also making four appearances last season for the Worcester-based outfit.

Head coach Melissa Bessell has also added Jamaican international Malysha Kelly to the squad ahead of the new season which is set to start in February.

“Everyone will look at this squad and say that it’s the same, and that’s because it is. I am really pleased to be able to have kept this squad together again,” Bessell told Sky Sports.

“I think that it’s really important to have continuity. We formed and built such a great culture as we came together as a new group last year. Then, being able to bring Malysha into the mix is wonderful because she is going to add so much to the group too.”

“This year is going to be very different to others”, former Wales and Dragons coach Bessell said.

“There’s so much more riding on us as franchises and as coaches. We need to show that we can do it and that we can get the sport back safely at the highest level.

“We’re all so excited to get back together and look ahead to the 2021 season as a group. We’ve been there for each other during this difficult period and to reunite on court, will be something special.”