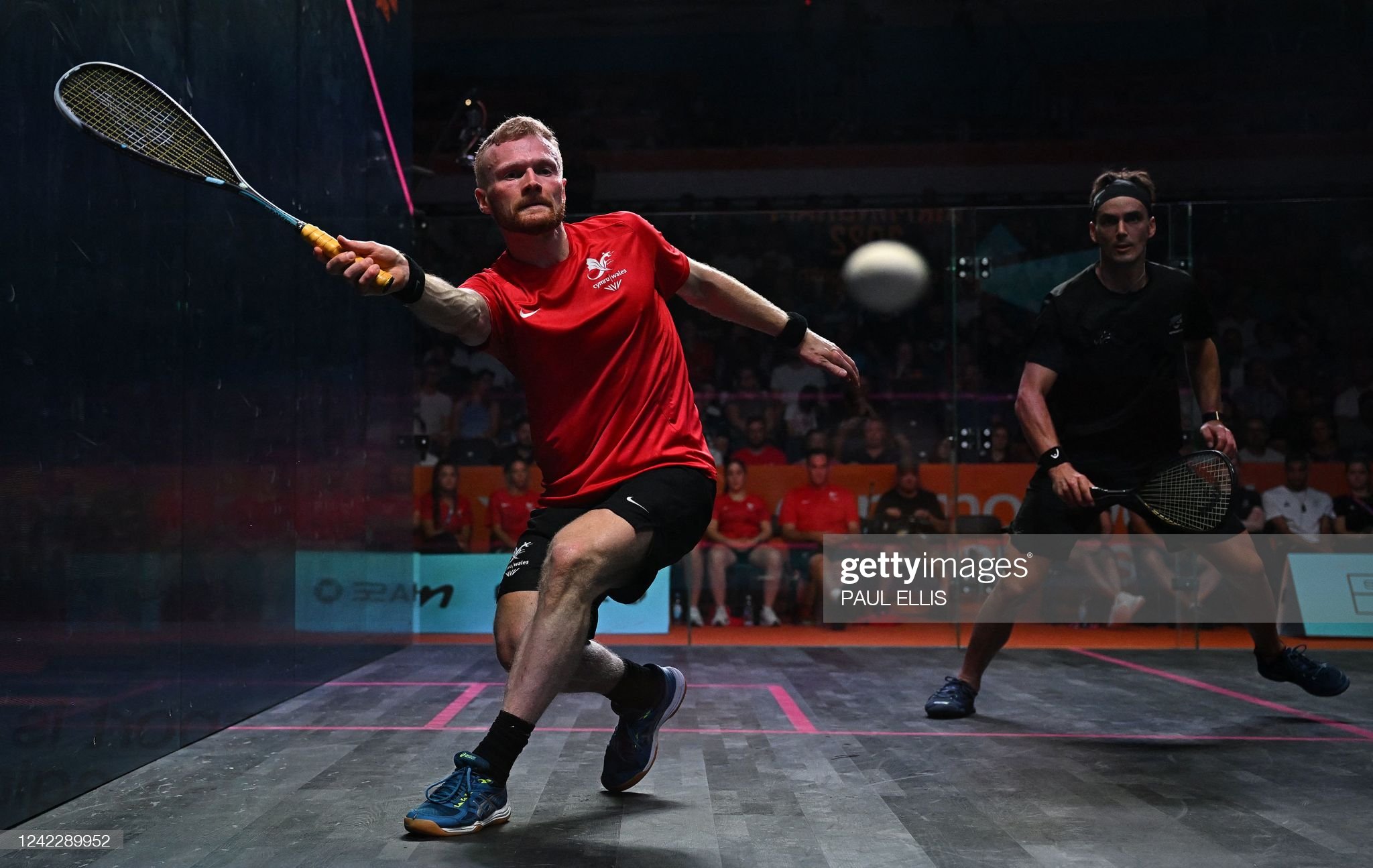 Joel Makin has got involved in a war of words with his former coach Rob Owen over whether Wales’ top-ranked squash player was right to end their partnership.

Makin – currently world number 11 – has hit back at claims by Englishman Owen that his former charge made a big error in leaving.

Wales’ Commonwealth Games silver medalist was coached by Owen until four years ago and together the pair earned considerable success with Makin breaking into the world’s top 10.

In an interview with the In Squash podcast, Owen claimed if Makin had stayed with him the Haverfordwest-born star would now be in the world’s top two or three players.

In fact, after leaving Owen, Makin’s ranking actually rose to world number seven but Owen said: “The fact of the matter is, I’m pretty confident that if Joel was still here, he would probably be up where Paul is now.

“He would certainly be a lot better than he is now. That’s obvious. He lacked direction for a little bit and he got worse.

Listen to one of the biggest names in squash, Rob Owen, who joins the SquashMind podcast for a deep mental look at all the recent success he is having with his players. pic.twitter.com/YY7dmU51e2

“I was very impressed with him in the Commonwealth Games final, but when I coached him he beat the world numbers one, two and three and he’s not doing that now, certainly not on a regular basis.”

He added: “I genuinely thought when Paul came on board, that would be brilliant for Joel.

“I knew that Paul would improve when he came to me. Maybe Joel didn’t like seeing his improvement, I don’t know. We’ve never discussed it.

“Joel would definitely be better now. He would have improved a lot from playing Paul. He would be in a different situation now in many, many ways.”

Makin views their split differently and the player who lost to Coll in the Commonwealth final in Birmingham this summer, issued a statement to Squash Mad.com.

He said: “Even though I’ve explained this to him (Owen) clearly, he keeps feeling the need to blame it on Paul working with him.

“As poor as I thought that was from Rob and mainly done for his own benefit, it still isn’t what happened. I’ve always had no issues with Paul, I rate highly what he’s achieved and the work he’s put in.

“I was always very grateful for any work he did with me as he knows; any interview I did during that time will show that clearly.”

The 28-year-old added: “He’s still attempting to negatively impact my career four years after finishing work with him, showing just how bitter he still is.

“Other people who have distanced themselves have also had similar issues but that’s up to them to go into and talk about.

“There’s quite a few players who chose to stop working with him and have no involvement any more, and it’s easier for him to say this is because of how selfish these guys are rather than admit fault.”