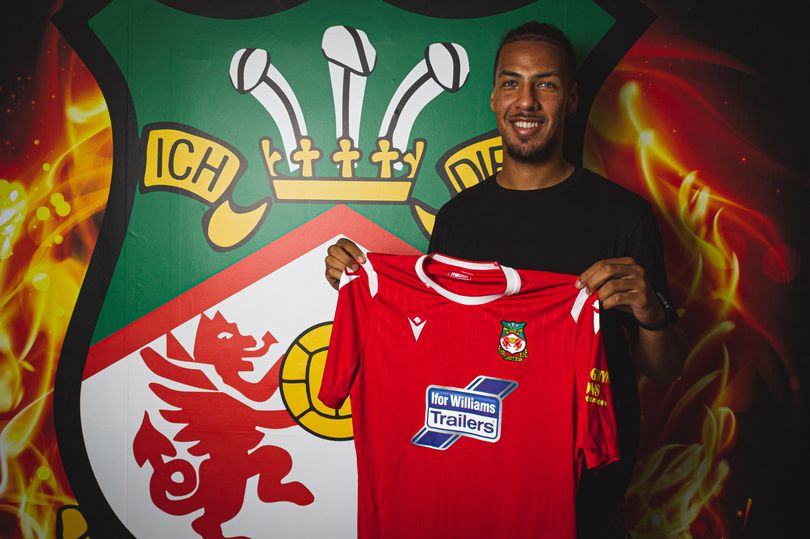 Wrexham’s dreadful run of form continued with a 1-0 home defeat against fellow Vanarama National League strugglers Chesterfield at the Racecourse.

Manager Dean Keates watched in dismay as the Dragons slipped to defeat, courtesy of a first half own goal, and slipped into the relegation zone.

A moment of miscommunication between goalkeeper Rob Lainton and defender Michael Chambers led to the winner just after the half hour. Chambers headed into his own net from 20 yards with Lainton, making his first league appearance of the season, out of position on the edge of his penalty area.

Wrexham have earned only one win in their last 13 league fixtures and Keates says: “It’s frustrating.

“We played some decent football in the first half and lots of half opportunities, but we didn’t make their goalkeeper work enough.

▶️ WATCH | Dean Keates after the defeat to Chesterfield.

“There was a good tempo and we played off the front foot, but that tempo dropped off a little in the second half.

“We have technically decent players, but you have to be ruthless in football.

“Maybe Wrexham were in a relegation battle when I came in and that’s the reason for a change of manager. It’s not good enough where we are and that has to change.

“Now we have to go again in the FA Cup on Saturday.”

Keates set up his Wrexham team in a diamond formation and that proved defensively sound, but they struggled to create chances.

Shwan Jalal, Mike Fondop, Scott Boden and Jermaine McGlashan all returned to the Racecourse with Chesterfield after leaving Wrexham.

The home team hit a post, but slipped to a damaging defeat Chambers headed into his own net.

Shaun Pearson missed the game due to illness and Chambers took over.

Three of Wrexham’s next four league games are away – against Dagenham and Redbridge, Torquay United and Eastleigh. The lone home fixture in that run is against title-chasing Bromley on Saturday, November 2.

While Keates and his coaching staff reflect on Wrexham’s plight in the National League, lying fourth from bottom, they are also planning for two cup ties.

They travel to play Chesterfield again this Saturday in an Emirates FA Cup tie, while the Dragons have been drawn against Solihull Moors or Rangers Colts in the Scottish Tunnock’s Caramel Wafer Challenge Cup quarter-finals.

Solihull and Rangers under-21s play their last 16 tie on Tuesday, October 29 (7.45pm). The quarter-finals will be played over the weekend of November 15 to November 17.