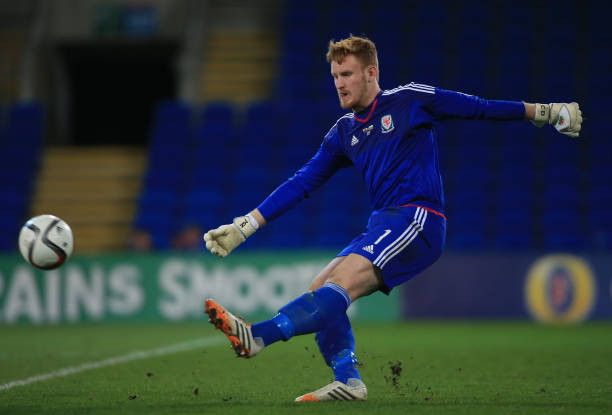 Wrexham completed their 1,400 miles trek in eight days when they arrived home in North Wales.

The Dragons have earned seven points from three Vanarama National League fixtures against Havant, Boreham Wood and Gateshead over the last week.

Cole Stockton’s 93rd minute equaliser during the 1-1 draw against Gateshead at the International Stadium was celebrated by more than 500 travelling supporters and Wrexham remain top of the table.

Their next test is against Chesterfield at the Racecourse in Wrexham next Saturday.

“It’s been a long week for us,” said manager Bryan Hughes. “There were elements of physical and mental fatigue out there, which is understandable.

“But, on the flip side, it showed the commitment, desire and togetherness of that group to really go to the last minute of injury time to score that equaliser.

“Substitutes play a big part in that. We knew there would be stages, this week especially, where people will have to come on and make an impact.

“We’ve covered many, many miles this week and we have seven points to show for it, which is a great return.

“I’m absolutely delighted, especially for the players. They deserved that.

“I believe in them and they are believing in themselves now which is the main thing. The fitness levels are great – to go all that way this week and fitness that strongly just shows that.

“I changed the shape with Cole and Chrissy coming on. It was about getting the ball into areas where we can be effective and I don’t think we did that enough.

“Cole coming on, and Chris coming on – narrow, in behind, looking for the second balls, it caused them a few more problems.

“Cole scored his first goal for the club and I’m delighted for him. To see the players celebrating like that was a joy.

“It’s about maintaining momentum. On a day-to-day basis they are a joy to work with and we have players coming back from injury at a key time that is only going to enhance us. It’s going to be an exciting end to the season.”

Hughes made one change to his starting lineup following the win at Boreham Wood – and revealed the reason Wrexham signed a new goalkeeper late this week.

Former Oldham, Leicester and Watford goalkeeper Simpson, 24, was out of contract after leaving Tamworth in January and Hughes said: “I’m looking to cover all bases for this key part of the season. Having another goalkeeper in case of injury is going to be vital.”

Wrexham had most of the possession during the first half, but Gateshead went in at half-time leading 1-0.

Steven Rigg collected a return pass from Greg Olley and cut through the Wrexham defence after 40 minutes. Dibble was off his line quickly and blocked the striker’s first effort, but the ball looped up and Rigg was well placed to head into an empty net.

That was his third goal in two-games after going 19 without scoring.

Wrexham maintained high standards after the break and pressed forward, while the home team seemed happy to sit back and keep men behind the ball.

There was a chance for the visitors on 73 minutes when James Jennings slotted a ball through for Paul Rutherford down the left-hand channel. The winger chased through and was able to lift his effort over advancing goalkeeper Aynsley Pears, but the effort went over the bar.

From the corner, Jake Lawlor headed back across goal and  and Brad Walker went for goal, but, again, the ball went over.

And in the third minute of added time Stockton managed to bundled  into goal after his first effort had come back off a post.

Seven points from three long away trips is an excellent return and Wrexham are two points clear at the top going into March.