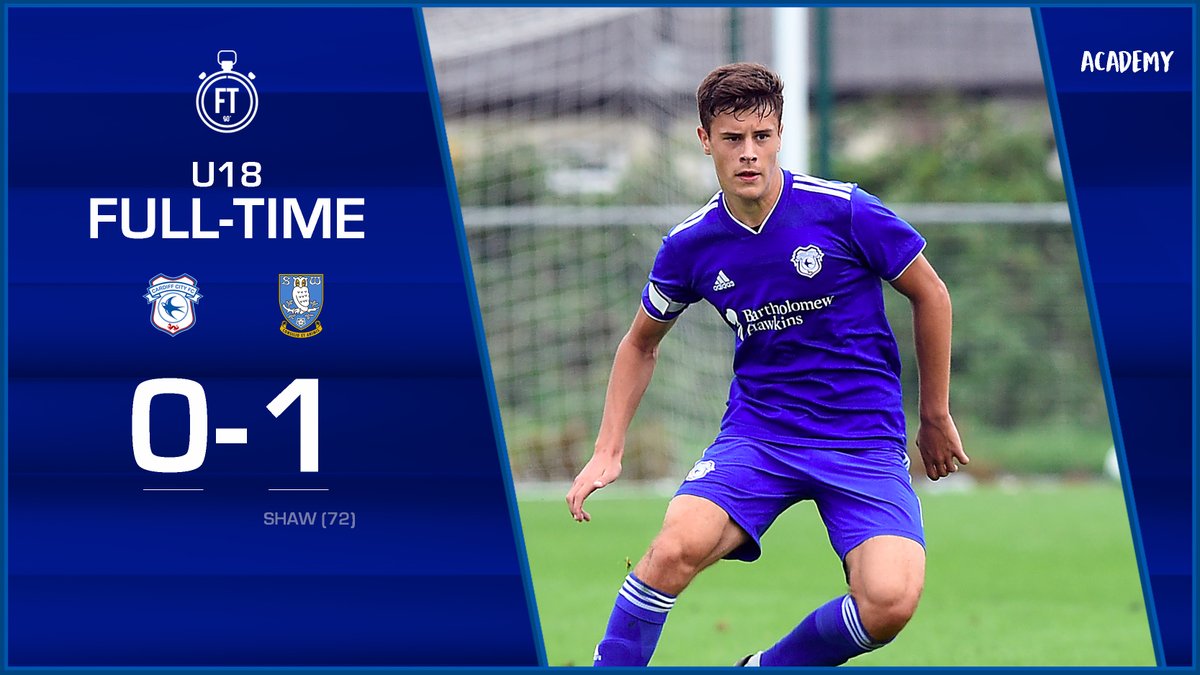 The young Bluebirds slipped to a damaging defeat in their Professional Development Under-18 League match against Sheffield Wednesday at Cardiff International Sports Campus.

Ipswich Town are the new leaders, while Leeds United and Wednesday are the top two in PDL North.

The Owls remain a point behind Leeds in the Under-18 North table, but have two games in hand with four left to play.

After a flowing Wednesday forward move involving Shaw and Lewis Farmer, Conor Grant was denied from inside the box by a stunning save from Bluebirds goalkeeper George Ratcliffe.

The Cardiff shot-stopper was alert from the resulting corner to tip a shot over the bar from Michael Ellery’s header.

Owls made the all-important breakthrough on 72 minutes. Grant’s clever flick-on sent Shaw through on goal and he  calmly finished to clinch victory for the away team.

Tuesday 9 Bolton Wanderers (away, 11am)