Wales Rugby League’s international matches for the spring have all been postponed due to the COVID-19 pandemic. Wales Wheelchair were due to face Scotland and Ireland in the annual Celtic Cup in Dundee this month, whilst Wales Students were to face the Royal Navy and England in Nelson. The first ever Wales Masters (over 35s) internationals against England and Ireland in Bethesda in May are also off for the time being.

One of Wales’s most successful ever amateur golfers, Hew Squirrell, has passed away aged 87. He won five Welsh Amateur titles, represented Wales 19 times in the Home Internationals in the 20 years between 1955 and 1975 including, in 1961, being part of the first Wales team to beat England. Squirrell is second in the Wales Golf history books for both Welsh Amateur titles won (behind Henry Howell, eight between 1920-32) and Home International appearances (behind Iestyn Tucker, 25 from 1949-79), having represented Cardiff golf club and been an honorary member of Royal Porthcawl.

Former Wales golfer Natasha Gobey has had such an impact in the 18 months she has been back as a club professional that she has now claimed the Wales Golf PGA Pro of the Year Award. The former Wales squad amateur turned professional after studying in America, then working at The James Andrews School of Golf for seven years and Tony Valentine Golf Centre for 6 months before returning home to Rhondda and then working at Bryn Meadows Golf Hotel and Spa. The 28-year-old has demonstrated outstanding success growing the game of golf and to becoming the best coach she can, increasing participation at any club she has been a part of.

Doctor Jamie Roberts Finally Gets On The Wards . . . As Mister Motivator

Former Wales and Lions star Jamie Roberts has started working for the National Health Service to help the fight against coronavirus. Roberts – who qualified as a doctor seven years ago - has stepped in as a clinical innovation fellow, a role which will see him working in Cardiff in a motivational and communications capacity. With sport cancelled indefinitely, the 94-cap centre is back in Wales after a most recent spell playing in South Africa for the Stormers.

Wage cuts or deferrals for Cardiff City and Swansea City players have still to be agreed as EFL clubs continue talks with the Professional Footballers Association (PFA). The EFL is negotiating with the PFA for what is understood to be an even higher percentage of deferral than the 30 per cent the Premier League clubs are seeking. The Championship, League One and Two clubs claim they are being hit especially hard by the loss of match-day revenue due to the shutdown caused by the coronavirus pandemic.

Natalie Powell's World Has Shrunk . . . But Not Her Drive And Ambition

Natalie Powell had hoped to be going for gold at the Olympic Games this summer. Instead, Wales' leading judoka has turned her living room into a makeshift combat area and is trying to stay fit and healthy, as she tells Graham Thomas. Natalie Powell has re-set her goals and adapted her training as she gets used to a delayed Olympic Games. It’s a flexible approach that Wales’ top judo star believes can benefit everyone as they aim to stay fit and healthy during the restrictions imposed by the coronavirus pandemic.

Former Cardiff City and Swansea City winger – and ex-manager of Newport County – Warren Feeney has revealed he is locked down in Bulgaria and away from his family. Feeney – who is currently manager of Bulgarian second division side Pirin Blagoevgrad – stayed in his job when the chance to leave was still open last month. So, while his wife and children are in the UK, Feeney has been helping his local community and trying to ensure players stay fit and healthy.

Evan Hoyt Is Grounded In Portugal . . . But Mind Over Matter Is Keeping Him Busy

A year ago, Evan Hoyt was preparing for Wimbledon and an impact that would propel him into the sporting spotlight. But with the 2020 tournament cancelled, Wales’ No.1-ranked player is having to find different ways to keep busy this spring as he told Owen Morgan. With the world tennis tour on shutdown due to the coronavirus outbreak, Welsh star Evan Hoyt has been keeping busy by making guides on mental toughness and staying motivated during the crisis. So it's no surprise the man from Llanelli is maintaining a positive attitude despite being unable to continue his rise up the world rankings or earn any prize money.

Community support has helped Milford Haven to win the Wales Golf Junior Club of the Year Award. There were 10 incredible junior sections shortlisted for the award, but the flourishing junior section of Milford Haven came out on top thanks to the sheer volume of provision for all ages and abilities within their junior section 52 weeks a year. Milford Haven run around 70 competitions a year for all abilities, regular adult and junior competitions, New2Golf beginner schemes, Wednesday Night Girls Golf, using a six-hole mini course as well as the main course in summer, and an indoor bowling green in winter.

Ryan Jones And Gavin Henson Both Go The Extra Mile

Two of Wales’ more recent Grand Slam heroes, Gavin Henson and Ryan Jones, were always big hits on the field, but now they are proving their worth off it. With the country gripped by the coronavirus pandemic, the two former Ospreys, Wales and British & Irish Lions team-mates have been revealing a different side to their champion nature. Henson, now 38, runs The Fox pub in the Vale of Glamorgan. They are still doing takeaway meals to help support the local community in the current crisis and deliveries are being carried out by the former world class centre. 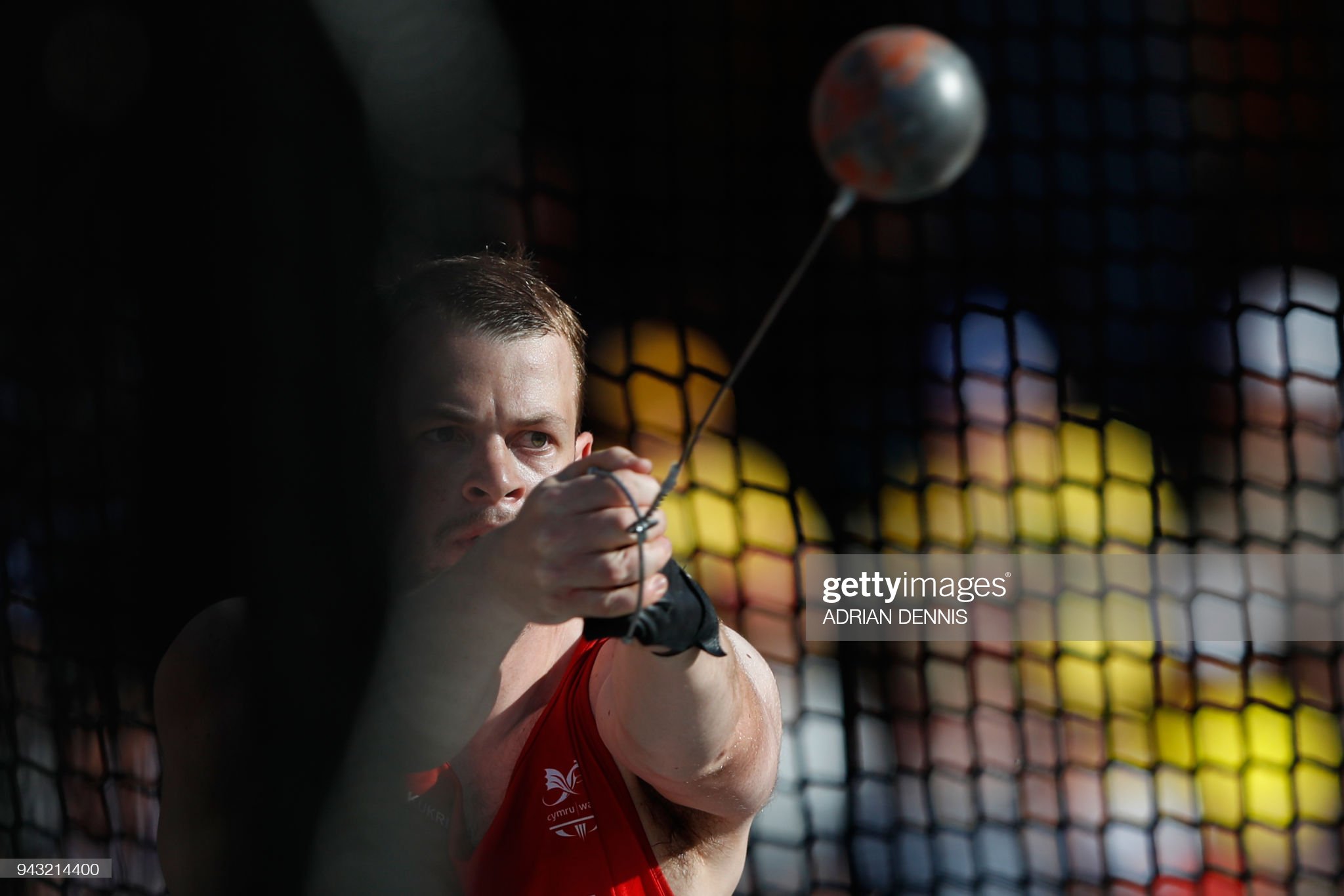 Welsh senior track and field athlete of the year Osian Jones is hoping to build on this year's record-breaking performances and qualify for next year's Tokyo Olympics. The hammer-thrower was recognised for his outstanding season at this year's Welsh Athletics Annual Awards held at the Vale Resort near Cardiff. The... Read More
21/10/2019Graham ThomasNo commentsDai Ath, Dai Games, Features

Welsh hammer thrower Osian Jones broke his own Welsh record for a remarkable fourth time this season as he claimed a bronze medal on a sizzling Sunday at the British Athletics Championships in Birmingham. It was excellent day for Welsh athletes overall and the throwers in particular as Bethan Rees... Read More
26/8/2019Graham ThomasNo commentsDai Ath, Dai Games 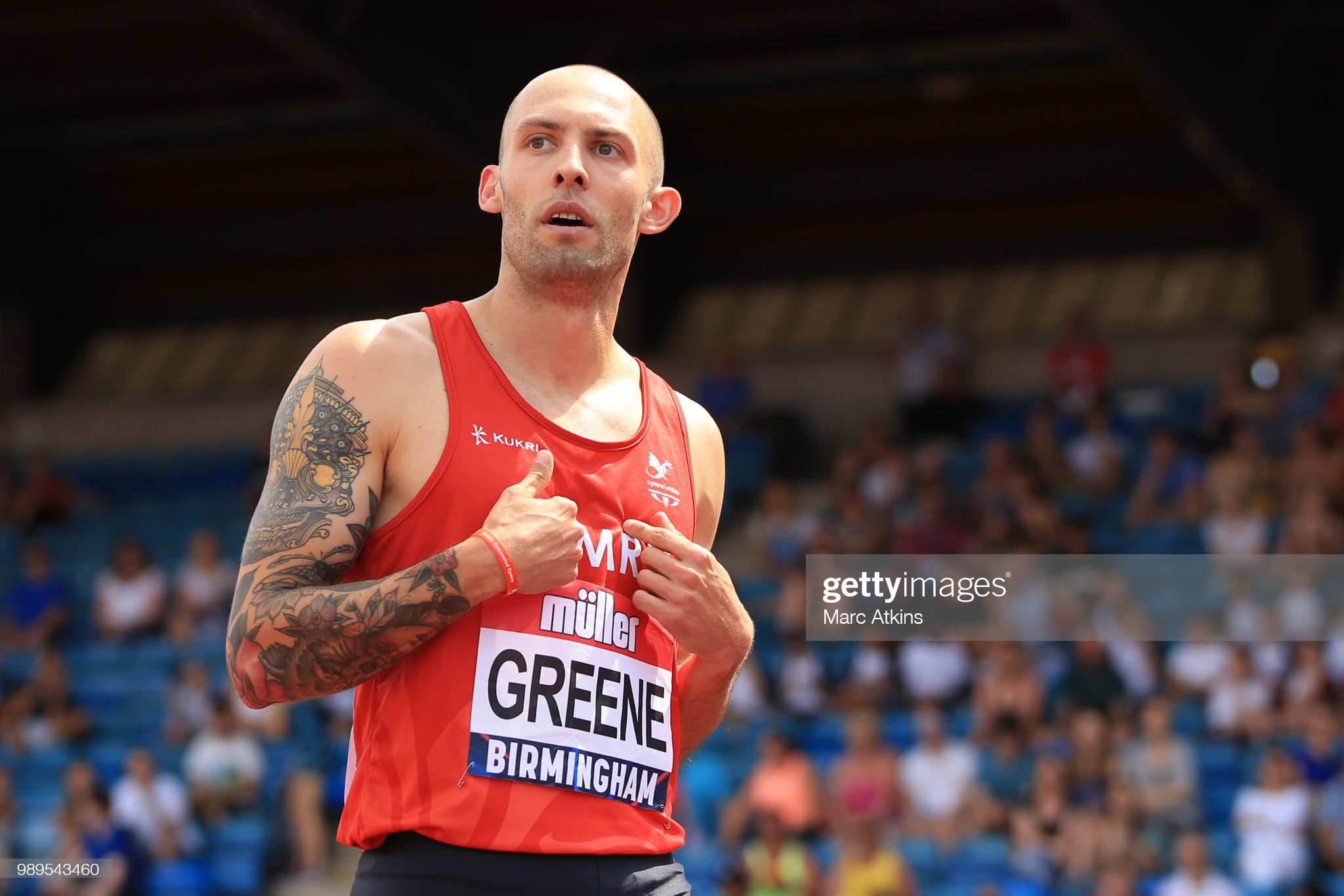 Welsh Throwers Put It All Out There . . . As It Chucks It Down In Manchester

The lashing Lancashire rain held no fears for many of the Welsh athletes competing at the Manchester International on Wednesday night. The Welsh throwers appeared to be particularly at home in the wet, bringing home a clutch of medals in difficult conditions which saw the action suspended for a short... Read More
16/8/2019Graham ThomasNo commentsDai Ath 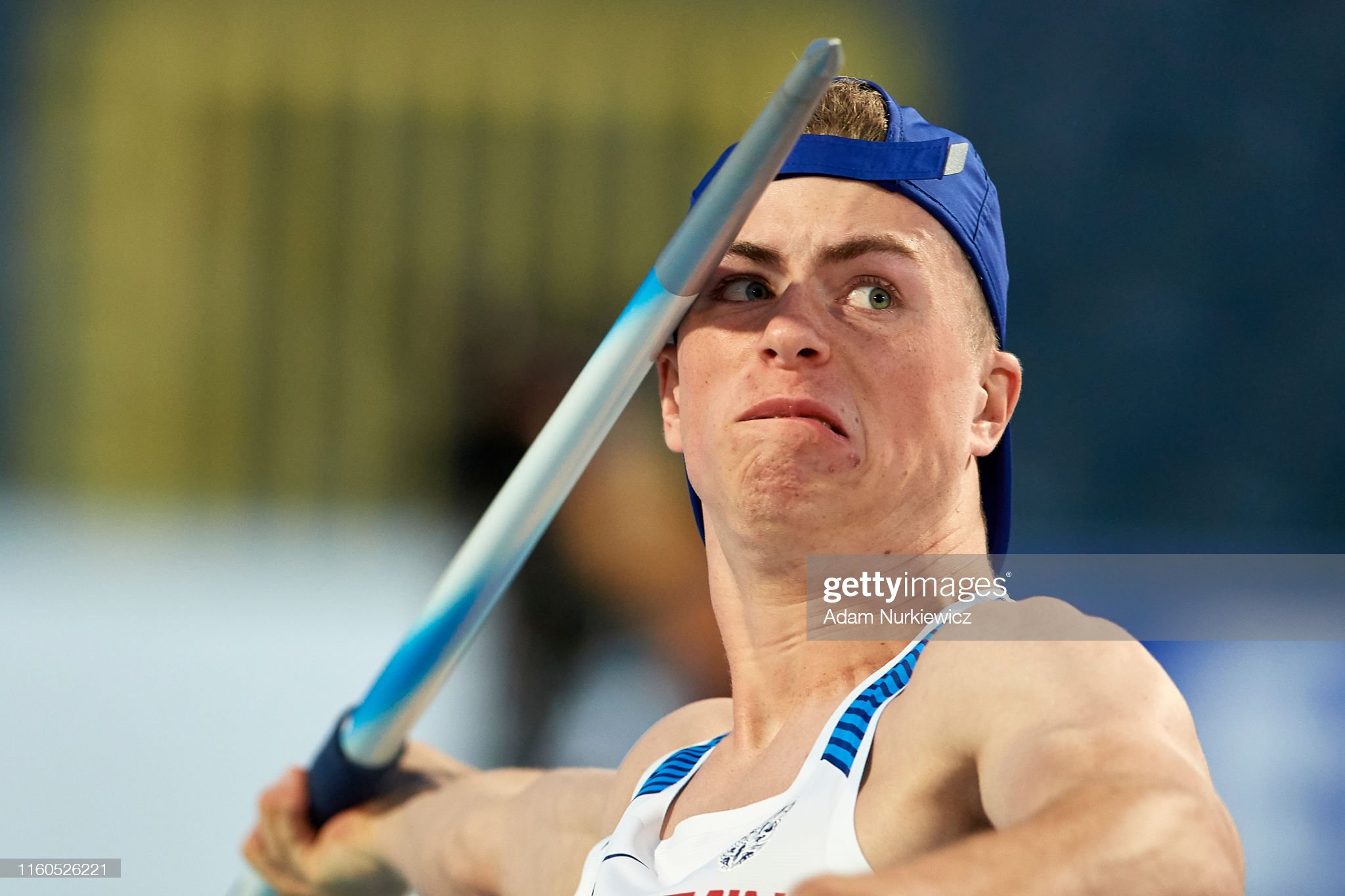 Welsh athletes will be out in force at the Manchester International athletics meeting on Wednesday night. As well as a Wales national team, there will be a strong contingent of Welsh athletes in the Great Britain Juniors team, League Select and two All Star Select teams, who will compete against... Read More
13/8/2019Graham ThomasNo commentsDai Ath, Dai Games 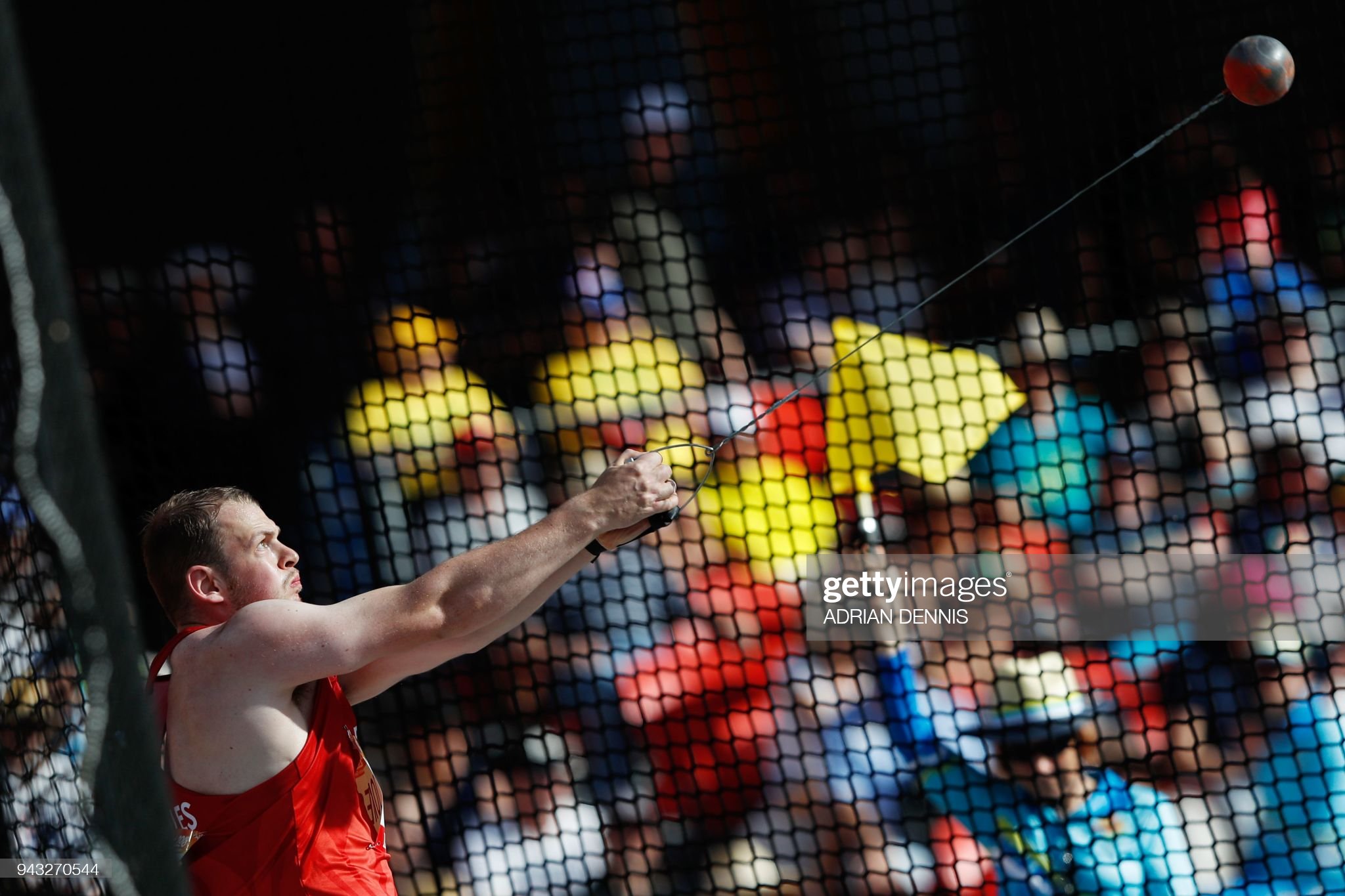 Less than 24 hours after extending his own Welsh hammer record for the second time this season, Osian Jones went and did it again with a massive throw on Sunday. The Liverpool Harrier, who broke his own record at the Welsh Athletics International in Cardiff last month, had improved it... Read More
6/8/2019Graham ThomasNo commentsDai Ath, Dai Games
Load More