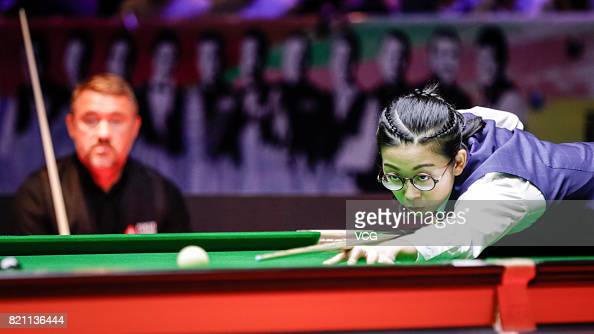 In her first season competing on the main circuit, On Yee completed a 4-2 win over World No 83 Wu Yize boosted by breaks of 84 and 82 to reach the last 64 in Newport and secure a meeting with former world finalist Ali Carter.

“What a win sis, will be your first win of many,” said former Grand Prix and Scottish Open winner Fu about his practice partner’s triumph.

On Yee, 31, is competing as a wildcard on the main tour alongside Reanne Evans, who is the only other woman to enjoy competitive wins over a male player with Eurosport pundit Evans defeating Thepchaiya Un-Nooh at the 2013 Wuxi Classic and Robin Hull in a World Championship qualifier five years ago.

“Cheers Bro. Thanks for practising with me and all the advice you gave me,” responded On Yee to Fu’s comment.

On Yee has came close to wins this season, losing 5-4 to Craig Steadman at the German Masters and 4-3 to 2005 world champion Shaun Murphy at the Scottish Open, but will hope to build on the momentous victory.

The Welsh Open runs between 28 February – 6 March and is live on Eurosport.