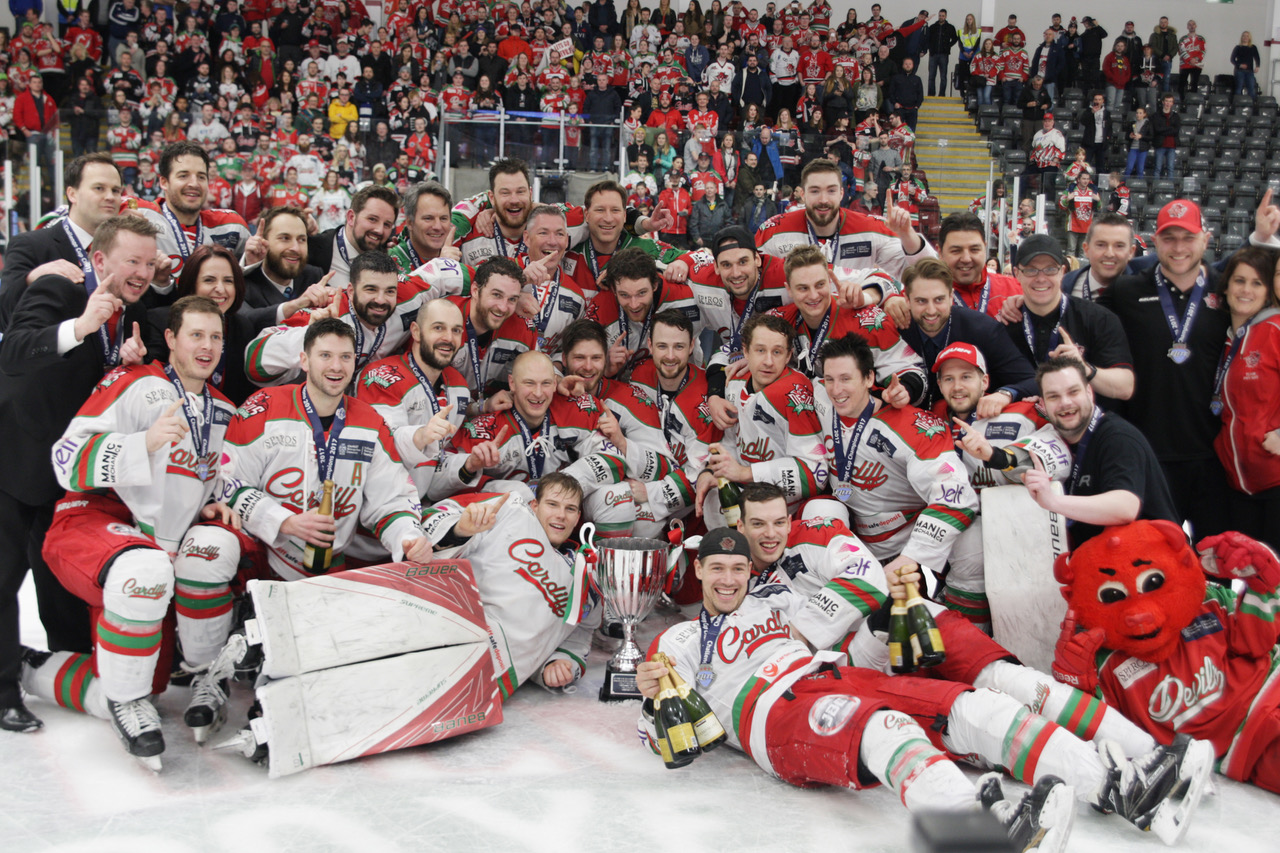 Head coach Andrew Lord and his Devils won the trophy in 2017, but lost in the final against Belfast Giants in Cardiff Bay a year ago.

Devils made up for that by clinching the League title for a second successive season and winning the play-offs championship.

“We have seen many great sporting events come to Cardiff over the years, and we’re proud to be able to keep the Challenge Cup Final at the forefront of that.” Cardiff Devils managing director Todd Kelman.

“It’s a major event for Elite League. We embrace the challenge of hosting each year, striving to make it better and better each season.”

Tickets for the 2019 Challenge Cup final will go on sale during February 2019 once the finalists have been established.

Devils have confirmed another signing for the new season with Latvian-born Toms Rutkis committing on a two-way agreement with the Swindon Wildcats, one of the top National League teams.

He played only eight games for the Wildcats last season due to a serious facial injury that saw him miss two months of the season.

When he returned to full health, Rutkis played in 40 games for the Devils.

At the age of 20, Devils see his best years still to come and are looking for him to continue to improve this season with the hopes of him taking a regular spot in the line-up in the next couple of years.

“Toms has had a great summer with us in the gym and on the ice,” said Devils’ coach Andrew Lord.

“He is going to have a big year. The plan is for him to start the season with us in pre-season games and Champions League.

“But we also want him getting as much ice time as possible and the likelihood is that he will play the majority of fixtures for the Wildcats.

“The great thing about Swindon is they have a proven track record of developing young talent and we know he will have more ice time and hopefully continue to improve.

“He is studying in Cardiff and will train with us during the week.”

Rutkis, 20, can play under the Elite League under-23 rule for the next three years.

Kelman and Lord will announce two more key signings during Scott Matzka’s evening at the IAW on Friday.

Devils are hosting a film premiere of the documentary on Matzka called ‘MY TURN, THE FILM’.

The film will be shown on big screens in the main arena where the memorable Matchka hockey match took place back in October 2016.

Devils have ensured plenty of hype around the occasion by promising to announce a new signing during the evening.

Those fans present will be the first to know who the new guys are.

Tickets for the ‘My Turn, The Film’ evening are £10 each – all ages are welcome – and money raised will go to the Matzka Fund to support Scott and his family.