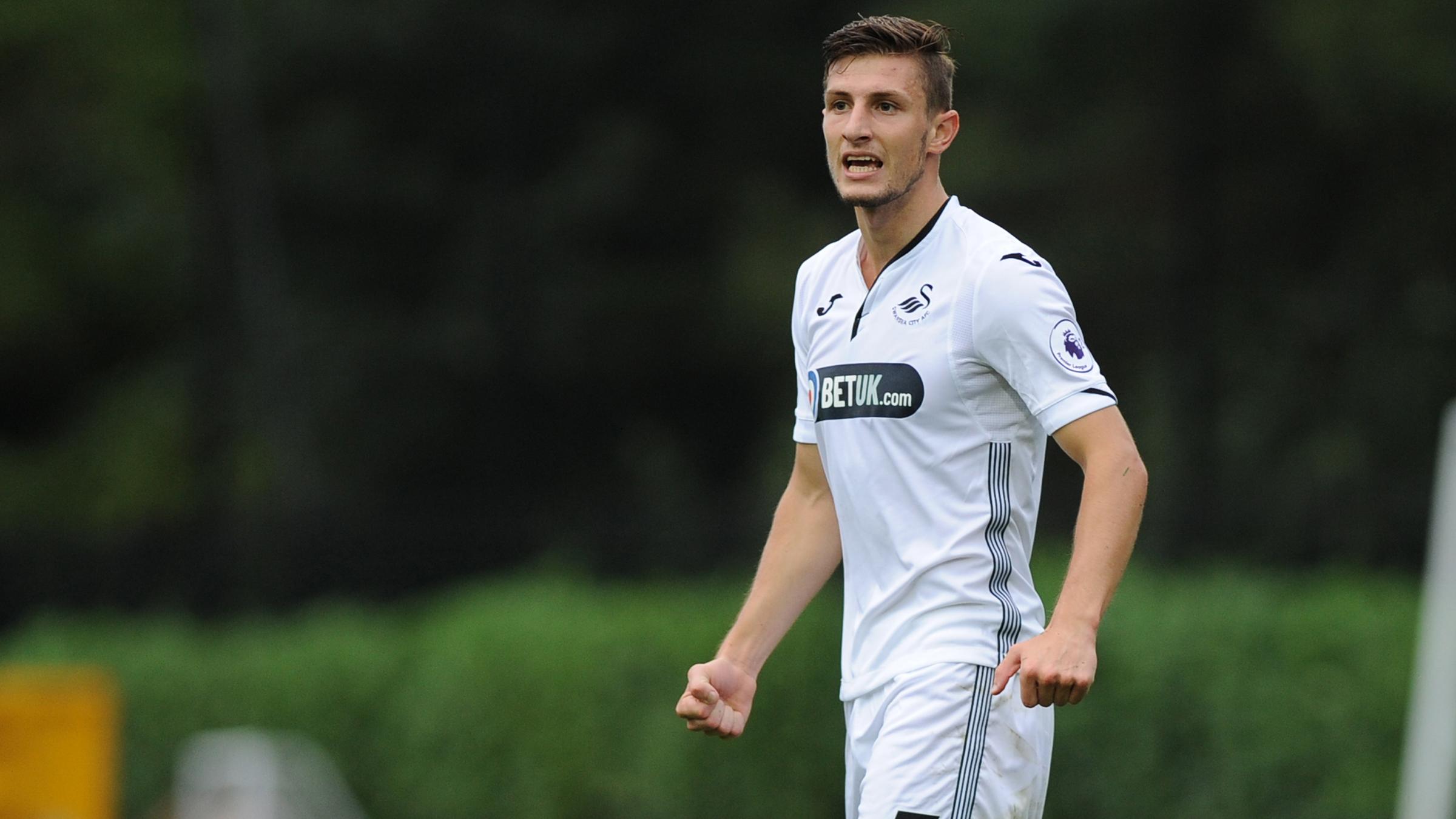 “It’s one of my better goals,” Maric told Swansea City’s media team. “We’d had a few chances already so, as the ball came across, I decided to try my luck. Luckily for me, it went in.”

Maric’s goal ensured the Swansea are through to the last 32 along with Newport County. The two Welsh clubs could be drawn against each other in the first knockout round.

Oxford United, Luton Town or Cheltenham Town are other possibilities.

The draw for two will be made by two former winners of the competition, former Swansea City player Leon Britton and Steve Claridge, live on TalkSPORT 2 on Friday (November 16).

“We take all these tournaments,” says Maric. “We showed against Charlton how much it means to us.

“The whole team played really well. It’s the third straight year that we’ve come through the group stage, which is pleasing.”

Maric, now aged 21, signed for Swansea in 2014 and helped the under-19 team with back-to-back Welsh Youth Cups.

He also played a major role in the under-23s’ double-winning campaign of 2016-17 after being selected to represented Sweden at the Summer Olympics in Rio.

Maric made his Swans senior debut in an 8-1 FA Cup replay win against Notts County in February 2018 and, a few months later, was included in the pre-season tour of Germany and Austria.

He started at  Gothenburg-based Gunnilse IS before moving to Swedish second tier side GAIS in 2013 and made his first-team debut at the age of 16.

Maric’s winner at the Valley came after 55 minutes Liam Cullen picked him out with a pass. His shot from 20 yards was outstanding, curling into the bottom corner beyond the despairing dive of goalkeeper Ashley Maynard-Brewer.

Victory meant the Swans qualified as Group G winners in the Southern section following an excellent team performance at The Valley.

“We’re really pleased for the boys,” Swansea under-23 coach Cameron Toshack said. “We were excellent in the first half, but told them at half-time how important it was to maintain our levels, which they did.

“To qualify for the knockout stages three years in a row is something everybody at the football club should be proud of.”