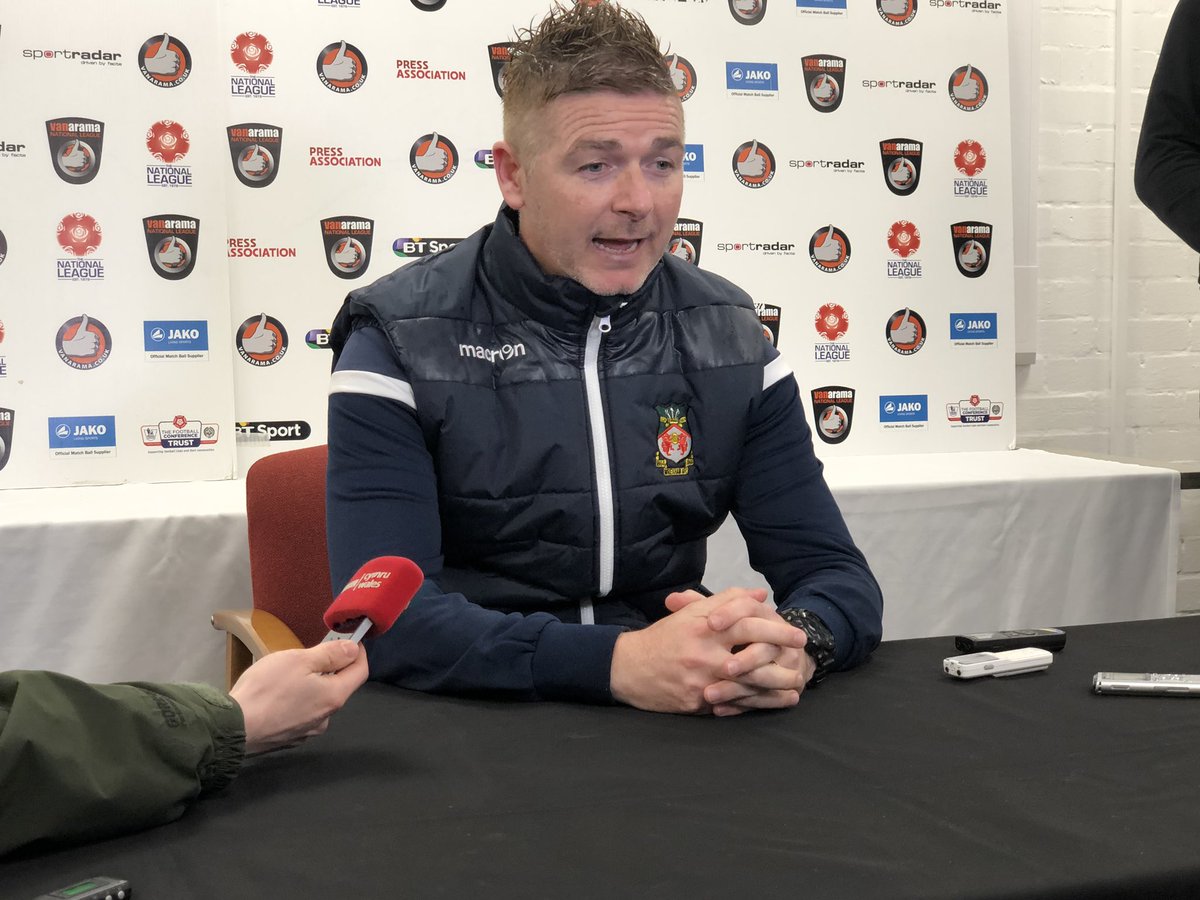 Ben Tollitt signed off at the Racecourse with a moment of quality which earned Wrexham the Vanarama National League win they needed.

The Dragons scored after 49 minutes to win 1-0 after man of the match Tollitt marked his final appearance on loan from Tranmere with the only goal.

“We spoke at half-time about our front three making runs behind the Maidstone defence and Tollitt took it on himself,” said Hughes. “It was a great first touch and a great finish.

“He has done exceptionally for me and it’s fitting for him to go out with a goal, a win and a clean sheet again. He’s been fantastic since I came in, chipping in with goals and assists.

“I’m delighted. It was a tough game again in tough conditions and a moment of quality won it.

“That could be the most important win of our season.

“It gives us a chance, something to build on.”

Tollitt will be back at Tranmere then, but he said: “Wrexham have everything they need to go up and I have full belief they will.

“I’ll be a Wrexham fan for the rest of the season.

“When you are enjoying it, you don’t want it to end. It’s not down to me, but it’s the rules.

“I could not have asked for a better sign off.”

Hughes was not fully happy with the overall performance, saying: “If we’re being honest, looking at our performance against Maidstone – especially in the first half – we looked a bit edgy.

“It’s coming to that crucial stage and it might because of what’s at stake.”

A wonderful solo run from Kieran Kennedy opened up Maidstone and he was unlucky to see his shot cleared off the line.

The returning Chris Holroyd had the best chance of the first half after he found himself through on goal. He was rapidly closed down, though, and his shot was parried by the Maidstone ‘keeper Chris Lewington.

Four minutes after the restart Tollitt coolly slotted the ball past Lewington to break the deadlock.

Stuart Beavon had a golden opportunity to put Wrexham two in front 10 minutes from time, but was denied from close range by an outstanding save.

Wrexham held on to their advantage and are now third, one point behind top two Orient and Solihull Moors.