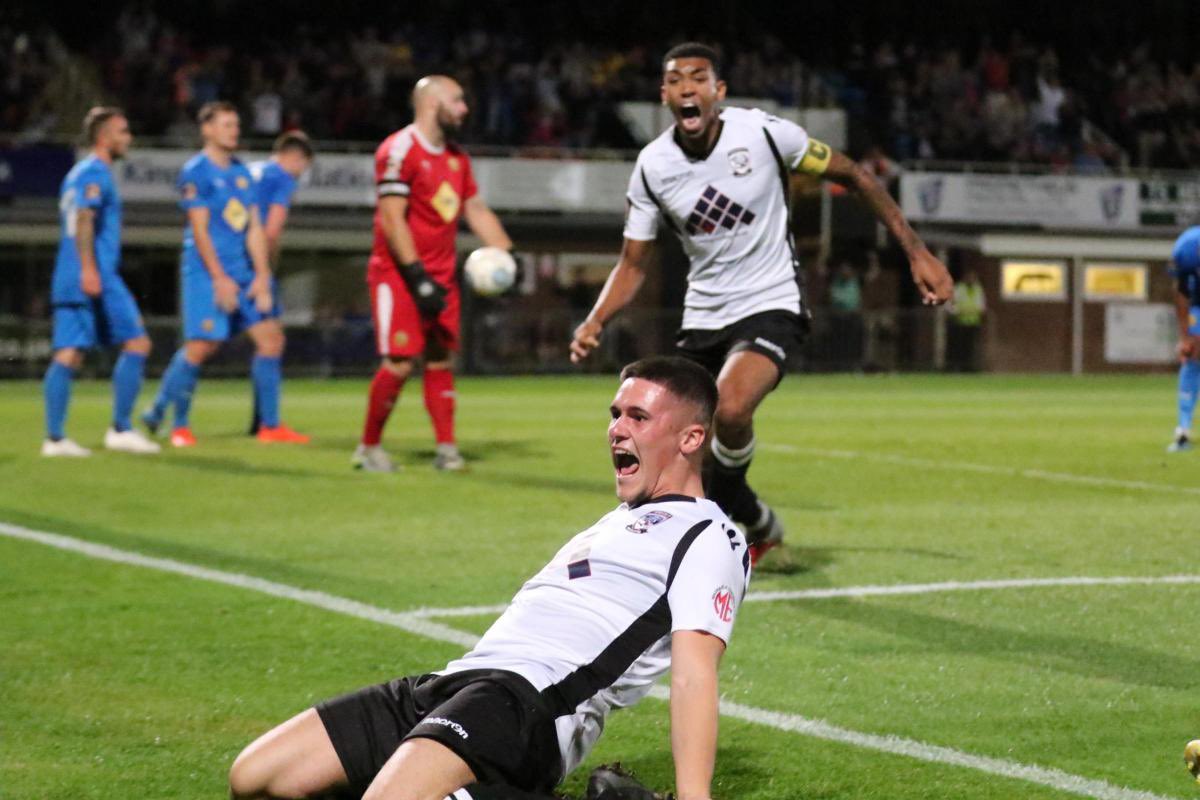 Merthyr Town have signed two former Cardiff City players in their quest for promotion from the EvoStik Southern League Premier.

Lively winger Jamie Bird and goalkeeper Cameron Clarke are the latest new boys who have committed to the Martyrs for 2019-20.

The Irish International will be guest speaker at the Met Coaches Stadium on Friday, August 30.

He later captained United’s reserve side.

Another massive campaign is on the horizon for the #Martyrs in the Southern League Premier but have you got your season ticket yet? 🤔

Jamie Bird: Handed a professional contract by the Bluebirds when he was 17, but was then released by the then Premier League outfit in the summer of 2017, following a loan spell with Weston-Super-Mare.

The 19-year-old forward was part of the Bluebirds youth structure for 11 years.

Bird arrives at the Martyrs with experience of winning the Southern League Premier as he was crowned a league champion with Hereford in 2017-18.

After finalising the deal, Bird said: “I’m very happy to be joining Merthyr Town football club and hopefully it will be a very successful season. I’m really excited to get started and looking forward to progressing with this club”.

“On a personal level feel like I have a point to prove. I’m a positive, forward-thinking player so hopefully I’ll add many goals and assists to help the team succeed in the Southern League Premier”.

Was with Cardiff between the ages of eight and 16 before spending a year at Hereford and then joining Bristol Rovers. Has also had spells with Cinderford Town and Merthyr Town.

Represented Wales at under-16 and under-17 level.

Now aged 22, Clarke is starting a third spell with the Martyrs and says: ” I’m over the moon to be back at Merthyr Town. Hopefully it will be a great season with loads of success.

“With my previous spells with the club I feel I have unfinished business to do with how things ended before. Now I’m really focused and excited for the new season ahead and looking forward to re-working with Gavin Williams and his coaches.”

Chepstow-born Binns is a left-back who has played for England Schools, Gloucester City, Bishop’s Cleeve, Evesham and Cinderford Town.

“After just coming off the back of a great season with Cinderford, I cannot wait to get stuck into the next one and it’s always more exciting entering a new league season with a new club. I’m really looking forward to the new challenge that lies ahead.”

Harris, 27, played for Cinderford Town last season and helped the Forest of Dean club finish fifth to qualify for the play-offs. They defeated Cirencester in the semi-finals before being edged out 3-1 in the final.

The Martyrs have had a variety of goalkeepers over the last few seasons and at one stage defender Jarrad Wright took the gloves because of an injury crisis.

Joe Perry, teenager Ed Hewitson, Glyn Garner, Cameron Clarke, Scott Reed and Oliver Davies are among other goalies to have played – and Clarke has returned for the new season.

Pontypool-born centre-forward, aged 24, who has played for Hereford FC, Weston-super-Mare and Cinderford Town.

Hill, from Garndiffaith, Torfaen, was a pupil at Ysgol Bryn Onnon and started playing football at the age of six for Griffithstown.

At the age of 11, he moved on to Ysgol Gyfun Gwynllyw and started playing for Race and won two league titles, the league cup and also represented Wales at Manchester City’s Etihad Stadium.