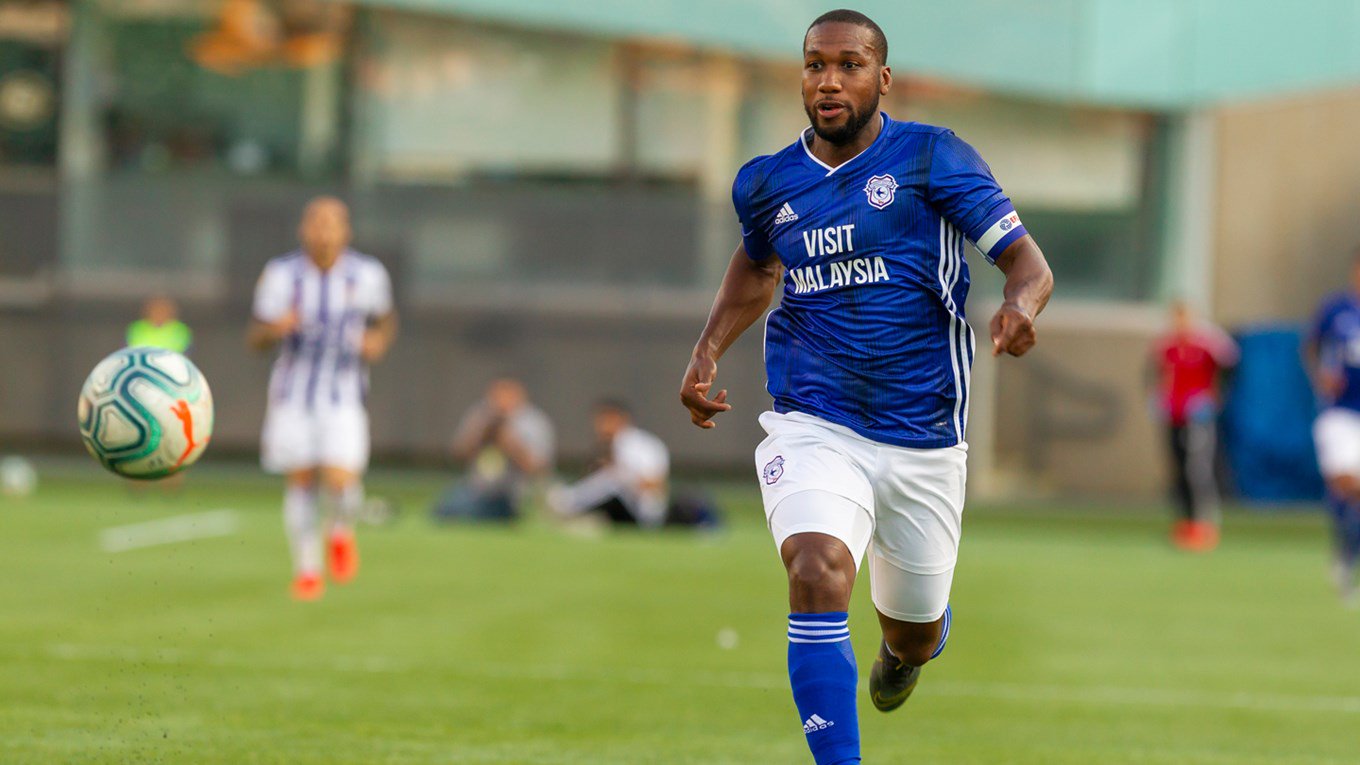 Omar Bogle scored for the Bluebirds in the final match of their tour to North America.

Cardiff City fought out a 1-1 draw against the Spanish La Liga club, owned by Brazilian ace Ronaldo, before winning the penalty shoot-out at Edmonton’s Commonwealth Stadium.

Bogle fired City ahead after 40 minutes, scoring from a Gregg Cunningham cross, while Italian defender Federico Barba equalised with a scruffy finish just after the hour.

Goalkeeper Joe Day saved two Valladolid penalties to earn victory for the Bluebirds victory in the final match of their pre-season tour of North America.

Manager Neil Warnock made seven changes to the team who drew 1-1 against New Mexico United in Albuquerque.

Manager Neil Warnock used 16 players over the 90 minutes, making decisions on who should play because of the artificial playing surface.

The Bluebirds broke the deadlock five minutes before half-time. Cunningham swung in an accurate cross from the left and Bogle overpowered his marker to divert the ball home – his second goal in two pre-season games.

After the break, a speculative effort from Sandro was well held by goalkeeper Day, before the changes began to come around the hour mark.

It was then that Valladolid drew level when Barba took advantage of a loose ball in the area to scavenge the equaliser.

Full-back Joe Bennett went close to scoring the winner with a shot which flew just wide before Cardiff earned victory in the penalty shoot-out.