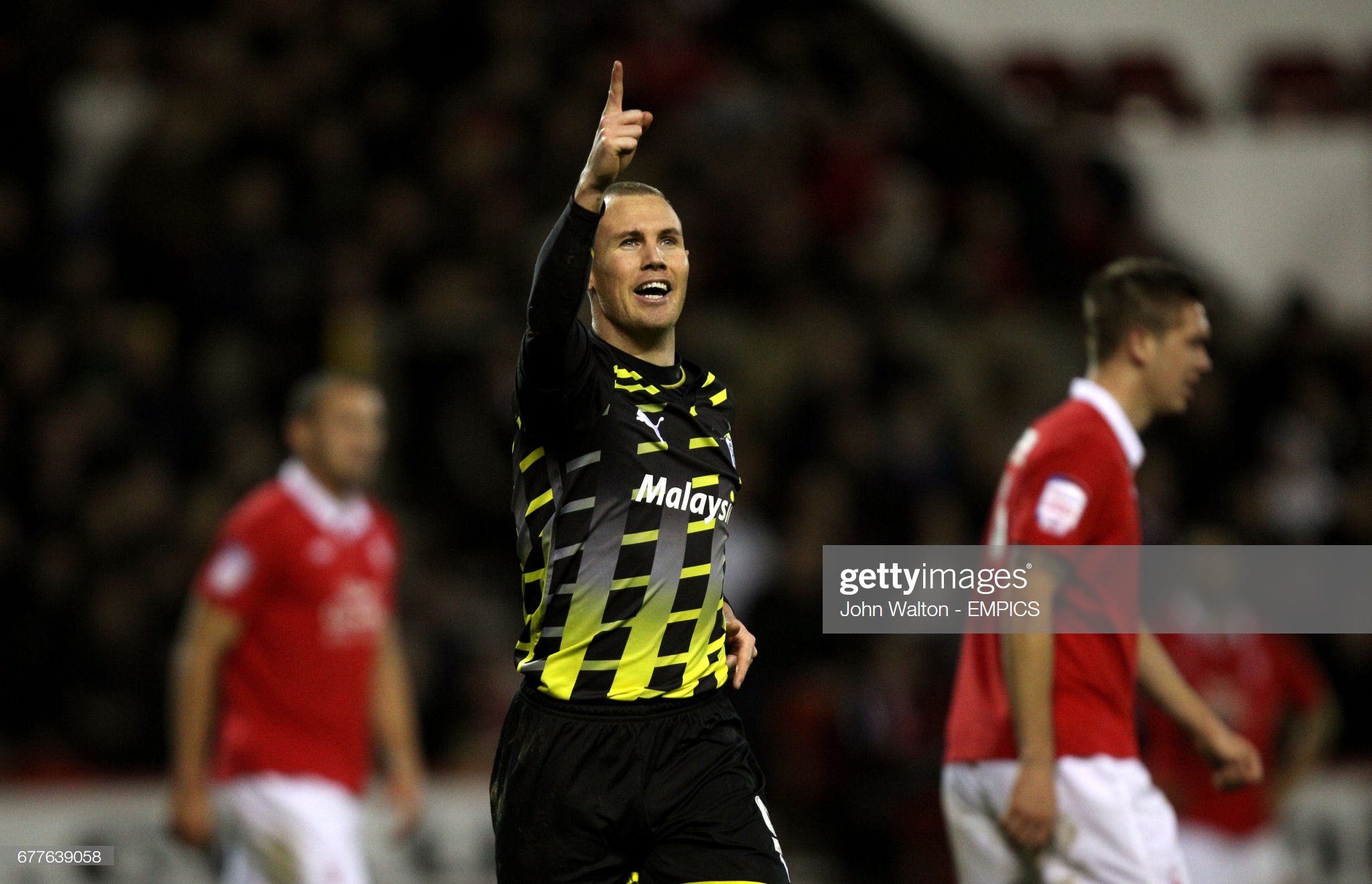 Wrexham’s Scottish adventure is over following their 2-0 defeat against Rangers Colts, but a former Cardiff City striker is still going strong in the Tunnock’s Challenge Cup.

Kenny Miller, who will celebrate his 40th birthday next month, scored for Partick in their 4-1 win at Stenhousemuir.

Partick are Miller’s 15th club – including Rangers and Celtic – during a playing career which has lasted almost a quarter of a century.

He joined Cardiff City in the Championship for 2011-12, scoring the winning goal at West Ham on his debut and going on to score 13 over the season.

The Musselburgh native, who made 69 appearances for Scotland and scored 18 goals, wears the number nine shirt for Partick.

“Despite being in the latter stages of my career I’m as hungry as I’ve ever been to be successful,” said Miller. “I want to win, I want to score goals and be the most determined guy in the dressing room.”

Wrexham’s defeat against Rangers under-21s at Ibrox means the Challenge Cup semi-finals are an all-Ccottish affair.

The trip to Rangers was the first time Wrexham have played a competitive fixture in Scotland, although they defeated Scottish teams Ayr United and St Mirren Colts at home on their way to the last eight.

“We grew into the game and I felt their first goal was against the run of play,” said Wrexham manager Dean Keates.

“Rangers moved the ball well, while our lads stayed disciplined. I did warn the players it would be backs to the wall and it was.

“We didn’t capitalise on the amount of set plays we had. Our delivery wasn’t there.”

The next test for the is an FA Cup replay against Rochdale at Scotland on Tuesday.

Wrexham handed a first start to Kyle Robinson-Murray in a young team similar to the one used against St Mirren Colts in the previous round.